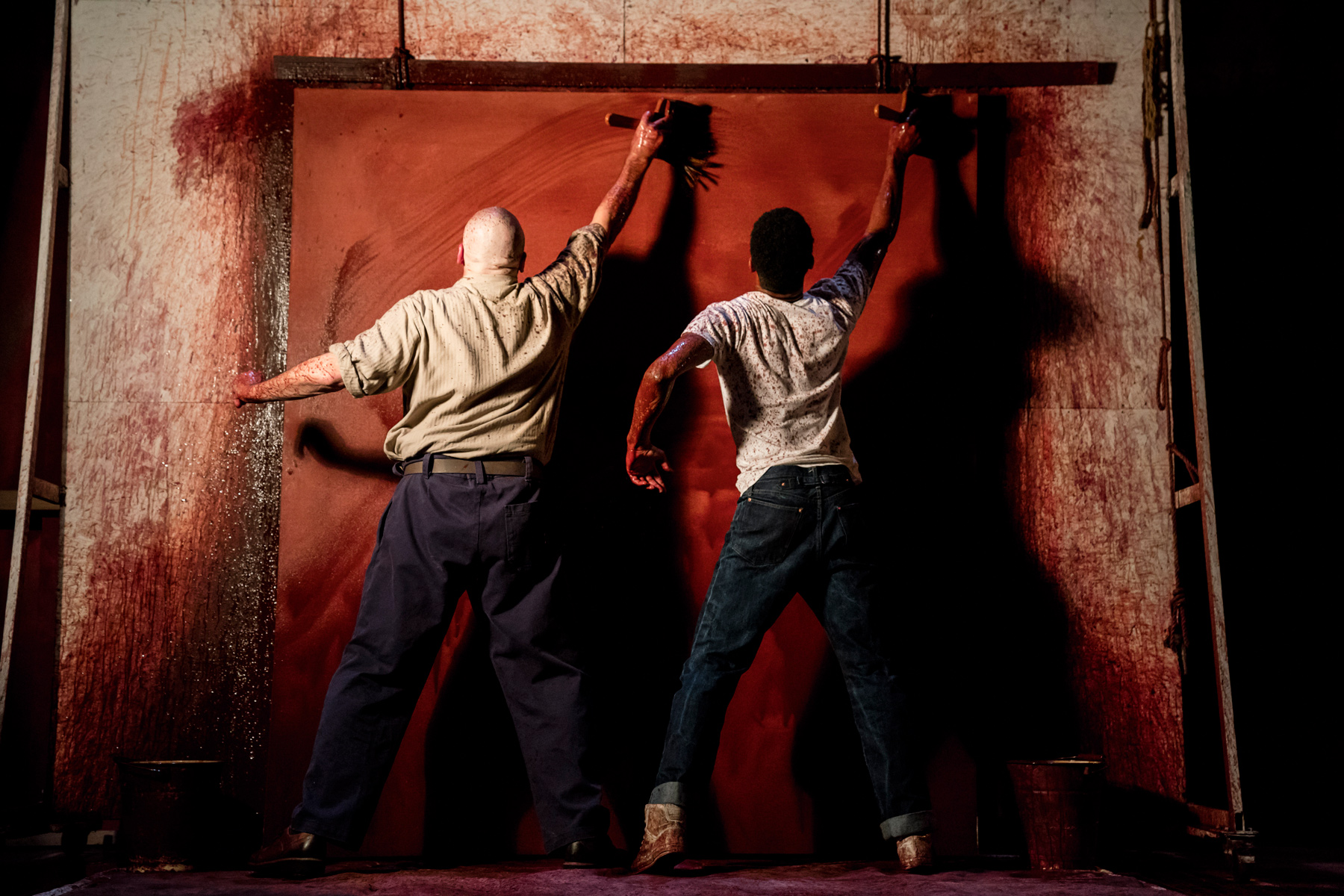 Red, directed by Michael Grandage and starring Alfred Molina as Mark Rothko and Alfred Enoch as his young assistant Ken, is a recording of a recent performance of the stage play. The story follows the course of the relationship between Rothko and Ken in the years 1958 and ’59, while Rothko is working on a lucrative commission from an upmarket restaurant. Ken, an art student, is recruited by Rothko to help; he’s initially cowed by the bullish artist, but over the course of the play he finds a confidence born of familiarity with Rothko and his tendency to lecture. The play is set entirely in Rothko’s studio, where a series of large canvasses in shades of red, brown and black at the back of the stage dominate the scene throughout.

The artist spends a great deal of time passionately declaiming his theories on colour, culture and consumerism to his one-man audience. Ironically, though, there’s a genuinely horrible event in the patient, even-tempered Ken’s past that makes Rothko’s angst appear to be somewhat self-indulgent. Alfred Molina is excellent as Rothko, performed as an intelligent, articulate, irascible man. The play is written for the character of the artist, and at times Ken fades into nothing more than a foil. Alfred Enoch’s Ken is well-acted, and onstage he’s a striking contrast to the bombastic artist, but the part itself is underwritten. I’d hate to say that the character in one-dimensional, but – given Ken’s life story – you can’t help feel that he could have been more complex, with interesting things to say for himself.

At the end of the play, Rothko has decided to cancel the commission for the restaurant, and he and Ken part for what looks like the last time, but even then it’s difficult to pick out how either character has genuinely influenced or moved the other. As a well filmed and edited production of a well-staged play with strong performances from the two actors, Red works. But the play itself doesn’t carry much in the way of dramatic tension, and feels like a platform for Rothko to hector both Ken and the audience, and at times that becomes a little tedious. Would I recommend Red? If you have a chance to see it on stage, yes. But this recording of the production just doesn’t hold the same weight. 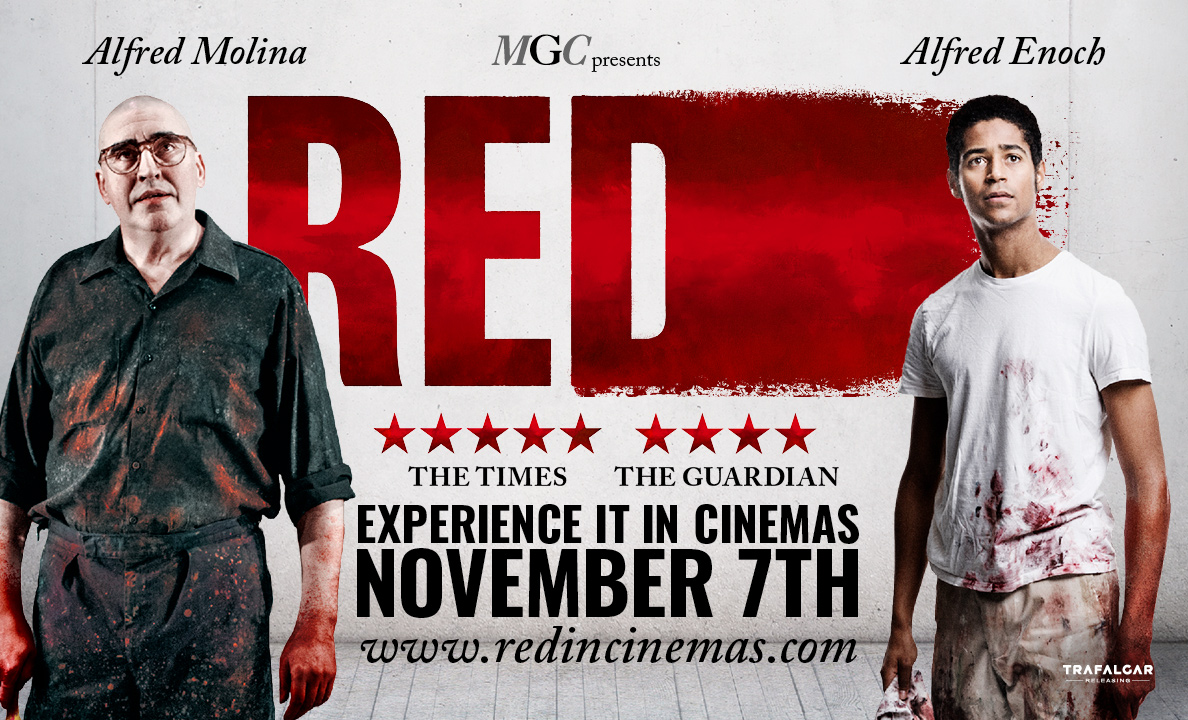