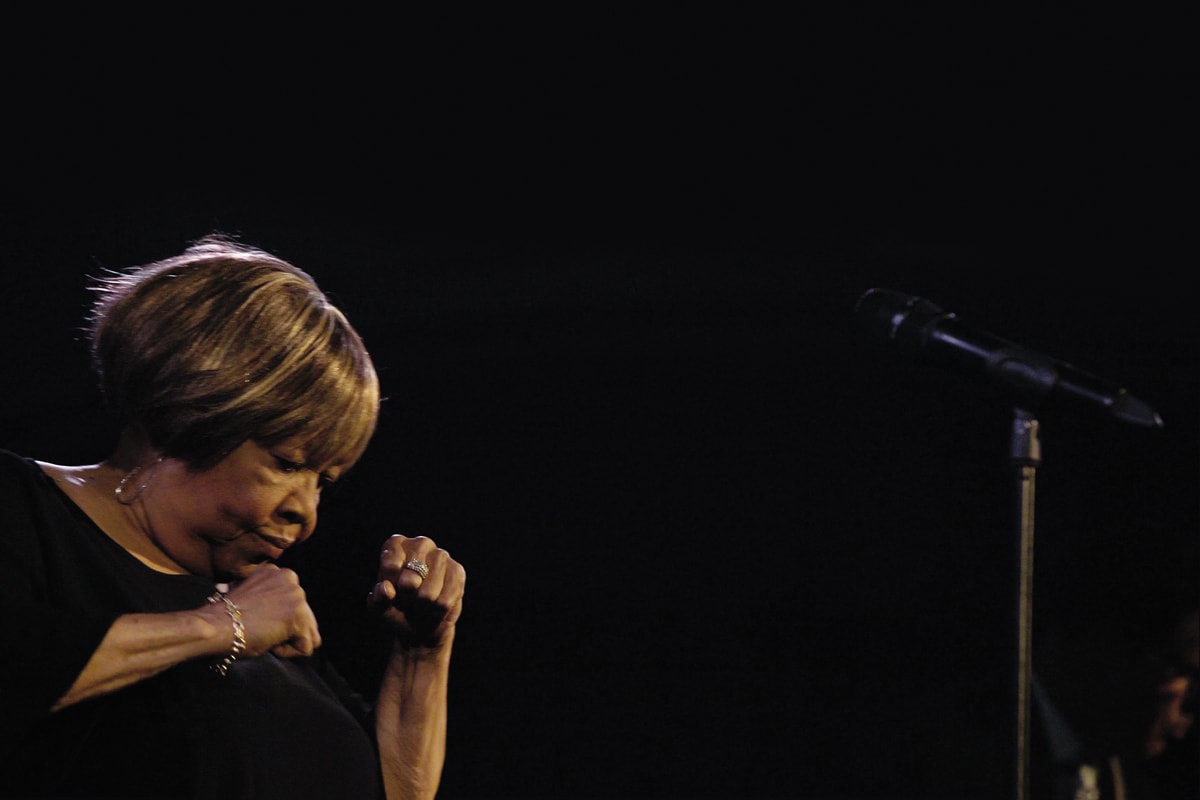 Real musical power is found in human tissue, not in computer chips. That’s why B.B. King could put chills down your spine with a clean amp and an old guitar. It’s why Miles Davis’s trumpet could calm a raging bull. It’s why Etta James’s voice still hits you like a baseball bat. The magic was in their fingers, lips and throats. Their instruments were just conduits.

Mavis Staples is cut from that cloth. With the Staple Singers, she helped build the brick houses of soul and R&B, punching out heartfelt, vibrato-heavy vocals in the grand style of Aretha, Rosetta and Nina. Her voice, by turns silky and snarling, walked the line between gospel and funk, half Andrae Crouch, half James Brown. She was never famous in that way – only musos appraise young singers by their proximity to Staples and her sisters. But like fine wine, a more select audience doesn’t mean a reduction in quality.

Recorded in Union Chapel, famed for its lovely acoustics, Live in London captures Staples in her twilight years refusing to give up an iota of that quality. With only a power trio and some backing singers to act as conduit, she blesses her audience with a masterful, matriarchal roar across time. The music is sharp and strutting, its minimalist, brass-free monochrome serving to foreground Mavis’s sandpaper-and-syrup vocals. She’s a channel of good humour, revelling in her music, and there’s no question that she still has the chops and the power to back it up.

It’s not a complicated album, and its reliance on one tonal shade makes it more of a background companion than a repeat-listen dig. You can sense that she found her groove as one of a four-piece vocal act, too – there are moments when the volume of the backing singers muddies the waters, obscuring Mavis’s pipes. But there’s plenty here to enjoy, from her good-natured joking in between songs to her roaring exposition on ‘Take Us Back’ – she’s got a whole lot of twinkle left in her eyes. I suspect when she is old she will wear purple.

It feels somehow distasteful to say it, but when old musicians have still got it, listening to them is always that bit more exhilarating. You don’t have to go gentle into any good nights, they seem to be saying. ‘No Time for Cryin’ distils that sense of power. “We got work to do!”, bellows Staples on the pointed anti-Trump roar. “What a world we live in. Taking babies away from their mothers, y’all! I’m gonna march right up to that big house.” F— yeah, Mavis!

Class, like truth, makes itself known in understatement. There’s plenty of both in Mavis Staples’ voice. Never doubt it – there’s plenty of gasoline left in this particular tank.

Live is London is out now via Anti-Records