Hannah, the heroine of my debut novel The Daughter, has been described by some as a ‘marmite’ character. Apparently, like the distinctive yeasty spread, you either love her or hate her. She’s certainly prickly, difficult and self-destructive. But I hope she’s also funny, driven and sympathetic, and that people will love her. At first, I was a tad perturbed by this description, but I gradually realised that it was far from a slur – because I love marmite characters.

Here are five of my favourites. 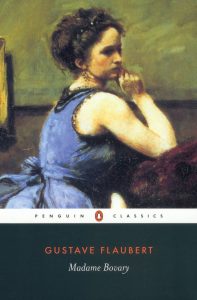 I thought I’d start with a classic to show that marmite characters aren’t anything new. Emma Bovary is a bored, cheating country wife, whose desperate kamikaze attempts at fulfilment result in her downfall. She is an intensely frustrating character, shallow, deluded, chronically dissatisfied with her life and endlessly putting herself in harm’s way: “Where did it come from, this feeling of deprivation, this instantaneous decay of the things in which she put her trust?” But I find her flamboyant disregard for any morality, financial security or self-preservation to be oddly admirable and her desperate reaching for the next distraction to be positively exhilarating. She’s so relatable, so basely human in her desires and so desperate to fulfil her romantic fantasies: “I detest common heroes and moderate feelings, the sort that exist in real life.”Interestingly, Flaubert himself said ‘Madame Bovary is me’. 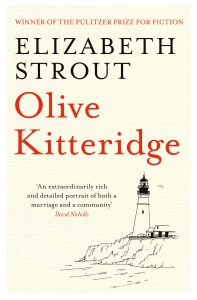 Next is Olive Kitteridge, one of the most painfully blunt characters in literature. She is an outspoken woman, seething with lust, worn down by her difficult family relationships and deeply dissatisfied with her small-town life. She often acts on her dark thoughts – for instance, when her beloved son marries a woman she doesn’t like, she sneaks into her wardrobe, draws a black line down one of the jumpers, steals a bra and takes just one of a pair of her shoes, and then imagines her daughter-in-law’s confusion. What Olive will do next? She isn’t a happy woman, but she knows herself: “She didn’t like to be alone. Even more, she didn’t like being with people.” Despite her no-nonsense tough demeanour, she has a deep understanding of other people: “Sometimes, like now, Olive had a sense of just how desperately hard every person in the world was working to get what they needed.” This 4D character is so intensely and finely portrayed. 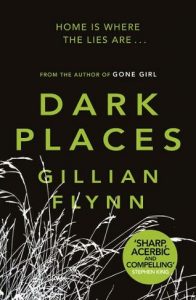 Next up is Dark Places, one of my very favourite books, which is narrated by the brilliant Libby Day, a dark, lazy, sarcastic woman who was hardened by childhood tragedy when her brother killed her whole family, and she now loathes herself. “I was not a lovable child, and I’d grown into a deeply unlovable adult.” Libby isn’t a nice person: when her compensation money finally runs out, she uses her victim status and notoriety to make money from the seediest of true crime fans. But she has a charismatic dark humour and quirkily slanted view of life that make her utterly compelling.“Draw a picture of my soul, and it’d be a scribble with fangs.” How can you not love a character with such self-awareness and such a brilliant shorthand way of evoking it? 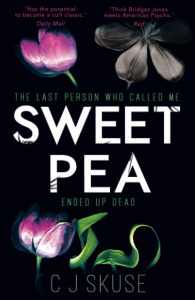 No list of marmite characters is complete without guilt-free serial killer, Rhiannon Lewis. When bored, she makes a ‘kill list’ of people who get on her nerves. How cathartic. Her murderous actions are appalling – but she’s so funny and dry: “I don’t normally get drawn towards cheerful people – the urge to hurt them becomes too strong.” She’s a breath-taking, hilarious and shocking character, who swears operatically and kills without regret: “I haven’t killed anyone for three years and I thought that when it happened again, I’d feel bad. Like an alcoholic taking a sip of whisky. But no. Nothing. I had a blissful night’s sleep.” I have gasped out loud in public when reading this fabulous character and shivered with a frisson of jealousy about her total lack of inhibition.

Martha Friel from Sorrow and Bliss by Meg Mason 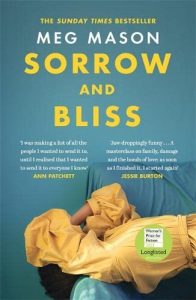 The most recent marmite character I’ve enjoyed is the over-sensitive, difficult Martha Friel, who is in the process of separating from her long-suffering husband. I threw the book across the room, she annoyed me so much by not getting a grip and treating her husband better. As another character says to her: “I am not saying you haven’t suffered Martha. But I am saying, grow up. You’re not the only one.” But Martha manages to be simultaneously bleak and funny, dragging us along with her dark energy, all the while being so perceptive about her own struggles: “Everything is broken and messed up and completely fine. That is what life is. It’s only the ratios that change. Usually on their own. As soon as you think that’s it, it’s going to be like this forever, they change again.” Martha eventually finds an explanation for her behaviour but she never shies from her responsibility for it. Her humour and searing honesty always keep us rooting for her.

I love actual marmite in all its forms: on toast; stirred into gravy; and in peanut butter and banana smoothies: check out the official marmite site if you don’t believe me. And I will always love marmite characters – for all their honesty, energy, quirkiness, boundary-crossing and glorious sheer bloody-mindedness – so I’m hugely honoured to have my lead character described as ‘marmite’.

The Daughter by Liz Webb is published by Allison & Busby on 19 May in hardback at £16.99 and also available as an eBook