The first movie from French filmmakers Alexandre Bustillo and Julien Maury was the controversial Inside (2007) – a brutal and violent home invasion film that brought the duo considerable attention from horror aficionados. Their fourth combined directorial effort, Leatherface, is a gory prequel to influential director Tobe Hooper’s The Texas Chainsaw Massacre. Whilst the original 1974 movie is lauded as a classic within the genre, sadly the same can’t be said for Bustillo and Maury’s unnecessary origin story.

Exploring the early years of the titular Leatherface, the film follows a young nurse, Elizabeth ‘Lizzie’ White (Vanessa Grasse), who’s kidnapped by a murderous Mickey and Mallory Knox-esque couple after a riot breaks out at a psychiatric hospital and the patients escape en masse. Also along for the deranged ride are Bud (Sam Coleman, aka Young Hodor from Game of Thrones) and Jackson (Sam Strike), the latter we soon learn is a disturbed and withdrawn Jedidiah Sawyer before he evolves into the murderous cannibal who terrorises his victims with a chainsaw.

Having been taken away from his crazed family as a child, Jackson/Jed initially shows no sign of being the spawn of evil. He comes to the rescue when Lizzie is attacked during the riot and subsequently acts as her protector for a large part of the movie. He’s reserved and quick to anger but initially he directs that anger at those who deserve it, i.e. the manic couple (Clarice and Ike) holding him hostage and going on a killing spree. With a trigger-happy police officer (Stephen Dorff) pursuing them, Jackson slowly dissolves and the traumatised Jed surfaces, bringing him that bit closer to his monstrous fate. 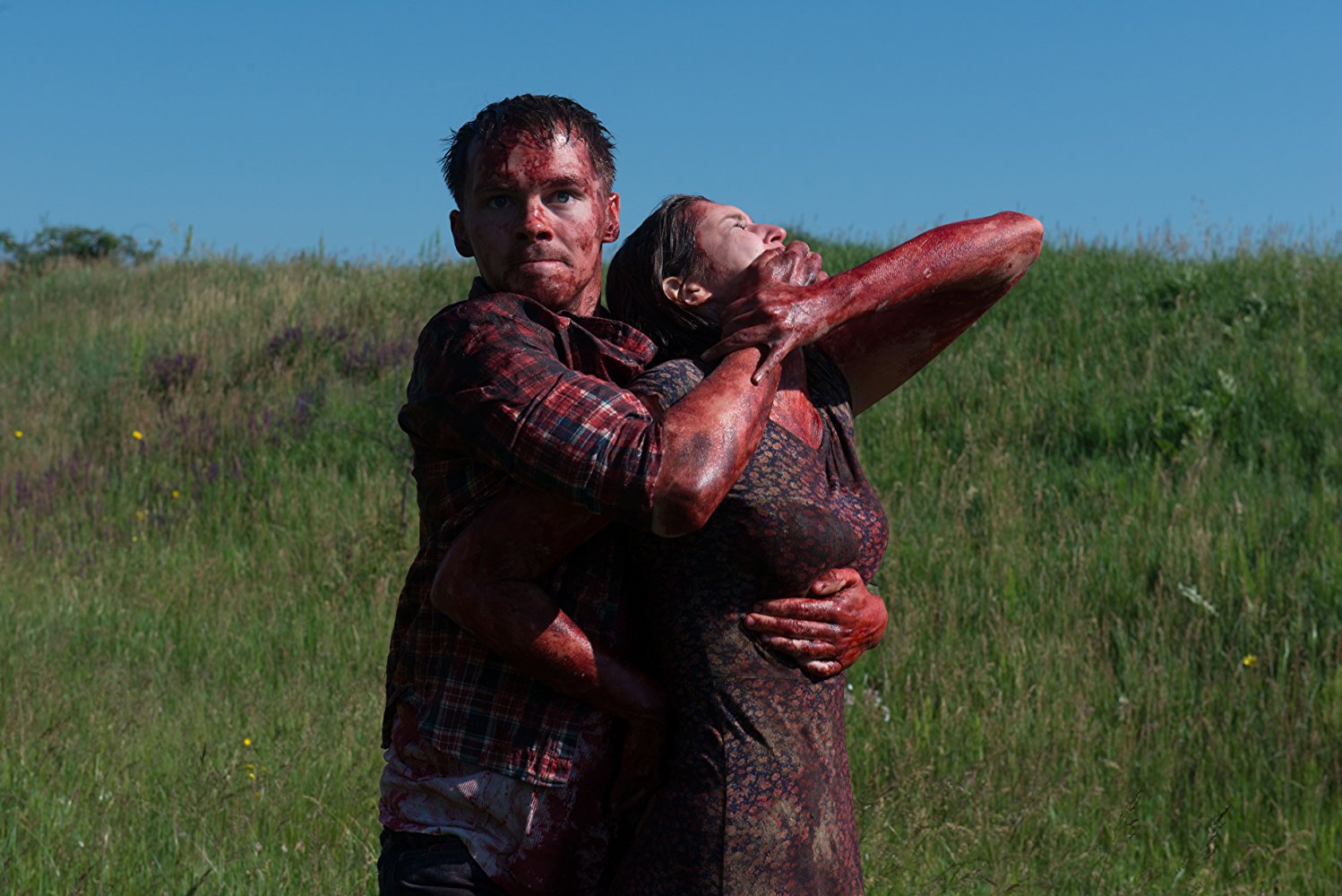 If you’re a fan of the TCM franchise, curiosity might compel you to give Leatherface a watch. However, you’re likely to find nothing but disappointment in this frenetic and frankly tiresome prequel that goes big on the blood and violence but forgets to bring anything new to the table. Bustillo and Maury throw in all the usual horror tropes to get optimum jump scares and gross-out moments but it’s all so familiar that you see it coming before the scene is even set. An homage to horror influences is all well and good, but a re-tread just becomes boring. 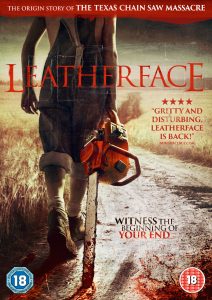 There’s an inconsistent tone running through the film, as if writer Seth M. Sherwood didn’t know how sympathetic a character to make Jackson/Jed. In a scene where he’s sitting with Lizzie in a diner, Jackson says: “I wish this was just normal. I wish we were just two people, here at a diner. I wish I was somebody else.” In that moment he just wants an ordinary life and the script offloads a bucket load of empathy for a character we shouldn’t be able to empathise with. Unfortunately, it also feels like a scene from a romantic drama rather than a TCM film, and it just doesn’t work.

Despite the weird balance in tone, British actor Sam Strike imbues a feeling of severe mental instability in Jackson/Jed right from the moment we meet him; he goes from being quiet and brooding, to exploding into outbursts of irrepressible violence as if a switch has been flicked, and it’s brilliant to watch. His performance, along with Lili Taylor as the fearsome Sawyer family matriarch, Verna, is a highlight in a film that doesn’t have many.

A few good performances and some visceral practical effects isn’t enough to cure this prequel’s inability to surprise or satisfy.