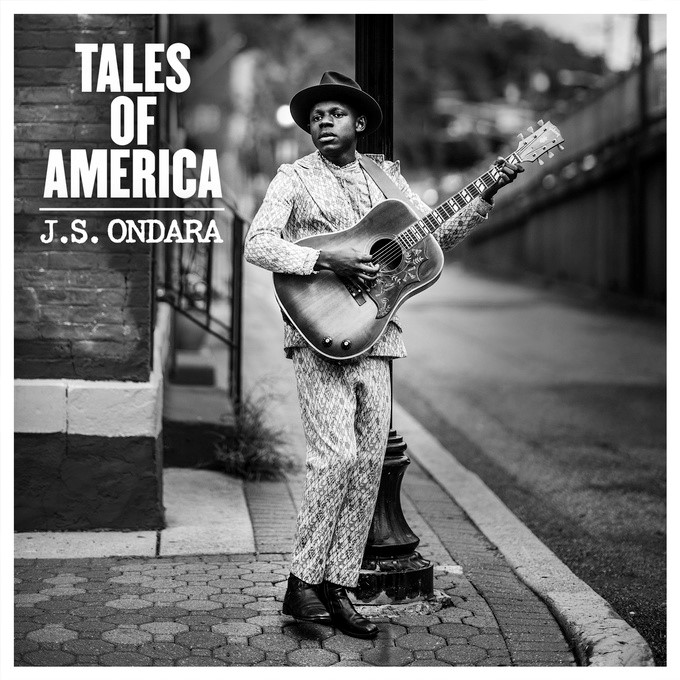 J.S. Ondara is a Kenyan singer-songwriter with a fascination for the good ol’ U S of A. ‘Tales of America’, his debut LP, takes a meandering walk through the musical styles of the superpower continent, from blues to soul to folk, and on the way makes a pitch somewhere between the wide poles of Bob Dylan and Sam Smith.

To call it poor would be uncharitable, but to call it good would be a lie. He undoubtedly has a knack for a moving melody and a pleasing way with a gentle guitar, but he fluffs one too many vocal backflips to win any serious acclaim. His reliance on wobbly falsetto for songs like ‘Saying Goodbye’, ‘Torch Song’ and ‘Turkish Bandana’ lets his own writing down. It’s irritating rather than inspiring (there’s your Smith reference).

When he rolls back the histrionics and pulls us close for fireside tunes like ‘Good Question’, which is lovely, his voice and guitar suddenly make sense. It feels as though he was given the gift of sounding like Jack Johnson but had always dreamed of being Prince. In Ondara’s case, understatement speaks louder than drama.

The same is true of his lyrics. ‘Good Question’ leans into well-worn love song tropes and is none the worse for it – there’s a power in shared references. But when he reaches for the Dylan-esque free association on ‘Days of Insanity’, the arrow goes whistling so far past the mark that you’re left wondering where he was aiming in the first place:

‘There’s a bear at the airport waiting on a plane / There’s a cow at the funeral bidding farewell / There’s a goat at the terminal boarding the city train / There’s a horse at the hospital dancing with a hare / Somebody call the doctor from the university.’

The saving grace is found in Ondara’s opening shot, ‘American Dream’, which his label also cannily chose as the lead single. It’s a tempting slice of jazz-folk, Ondara’s voice slinky and knowing, the bass exploring the floor like a Spy vs Spy spook. Blessed with an exquisitely bluesy violin lead, the song scales heights of spice and feel that the rest of the album is sadly unable to match. More of this next time, please.

‘Tales of America’ is far from an unpleasant listen. Ondara has all the tools to make a great album. What he doesn’t have at this point are the songs or the musical judgement to pull it off. Perhaps round two will deliver on the promise of ‘American Dream’. For now, he’s stalled at American Daydream.

Tales of America is out now via Verve Records