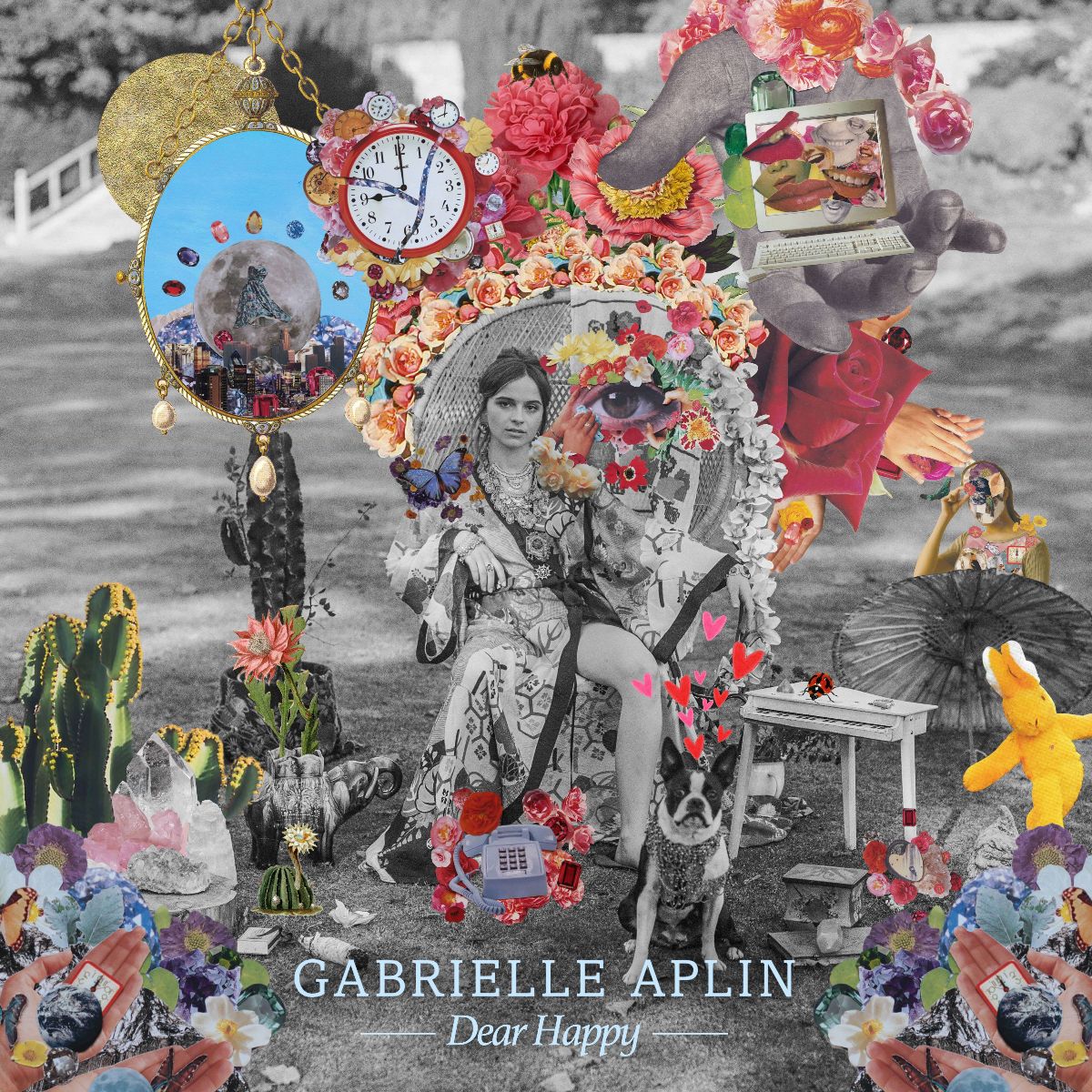 With her second studio album, 2015’s Light Up the Dark, Gabrielle Aplin marked a departure from the quieter, softer sound we’d perhaps expected, swapping out the more stripped-back folk and acoustic vibes for a more confident exploration of music styles and genres in the more indie pop-leaning second outing. Over the next five years, Aplin continued to develop as an artist, releasing two EPs (2016’s Miss You and 2017’s Avalon) and firmly blazing her own trail through the music industry as she built towards the release of Dear Happy – Aplin’s third studio album and by far her strongest to date.

Dear Happy showcases the singer at her best, combining powerful, self-reflective lyrics with catchy pop beats and a more confident sound, and it’s a sound Aplin has been teasing for a while. The first taste of the new album came back in 2016 with ‘Miss You’, demonstrating the kind of lighter, poppier sound that informs most of this record, and since then Aplin has periodically released new music over the years that has inevitably played a part in shaping the new album.

But even with a wealth of pre-release material to enjoy – from ‘Nothing Really Matters’, another upbeat pop song about focusing on what’s important to you, to emotional piano ballad ‘My Mistake’, which sees Aplin deftly shining a light on her flaws with a brutal, raw honesty – there are still plenty of surprises on Dear Happy itself. The pre-release tracks provide a solid grounding for the album to launch from, revisiting similar themes, ideas and reflections throughout, but it’s the idea of acknowledging your scars and being stronger for them that is strengthened by the album as a whole unit, and what really heightens its personal resonance.

On announcing the upcoming release of Dear Happy in September 2019, Aplin described the record as a “past, present and future letter to myself”, explaining that the writing of the album coincided with a moment in her life where she had decided to “unravel and rewire my brain”. “Dear Happy subsequently became a documentation of this journey to myself,” she added. “I wanted to use writing as a way of understanding.” It’s no surprise, then, that Dear Happy is very much an album about transition and embracing change – and emerging all the stronger for it.

Much like life, the album explores various highs and lows, charting loves, losses, triumphs and low points both in its musical style and its insightful lyrics. Dear Happy opens with the sweet and uplifting ‘Until the Sun Comes Up’ before being quickly followed by the soaring pop melody of ‘Invisible’ and then slowing down for a more sombre, plaintive number in ‘Just One of Those Days’. It’s the kind of emotional journey that is used to particular effect at the album’s mid-point, following up ‘My Mistake’ and its self-deprecating refrain with the poppy admonishment of ‘Like You Say You Do’ immediately afterwards. After reflecting on her anxieties and insecurities in ‘My Mistake’, Aplin then counters with a confident, power anthem of a song that sees her acknowledge her self-worth and demand respect – and it’s a message she circles back in to in the R&B-reminiscent ‘Love Back’ too.

Throughout the record, Aplin is honest about her worries and insecurities but, more importantly, Dear Happy stresses the joy and freedom there is in owning and accepting those feelings, and of championing yourself throughout everything too. The singer has previously explained that she wants to be able to “listen back to these songs in five years and hear happiness and positivity”, and with Dear Happy, it feels like she’s managed to achieve exactly that.

As a whole, this is a largely joyful album, packed with plenty of memorable songs and catchy hooks, and one that offers a carefully curated collection of songs that are imbibed with a clear sense of self-evaluation and growth. The years of experimenting with sound, genre and style that have built up to this release are evident in all the best ways in Dear Happy, producing a collection of tracks that are cohesive as a whole without leaving listeners feeling like they’re listening to the same track over and over again.

The result is a consistently impressive record, making this release a breath of fresh air on the streaming circuit and Dear Happy an album that you’ll want to have on repeat for a long time to come.

Best Albums of 2015: From Jamie XX to Grimes