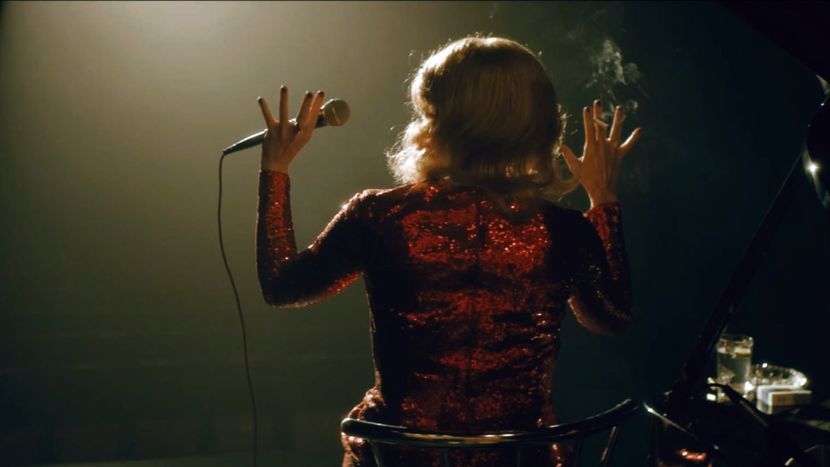 Victoria Wood. Julie Walters. Sarah Millican. I can think of few female comics from “the North”, but it’s not easy to reel them off. It’s a frustrating example of an industry that has always been dominated by men. Granted, in 2017, it is a different landscape, with more diversity cracking through the ceiling but there’s more work to do. Funny Cow is a British fictional story of a female comic brought up in the fifties and hitting the big time in the seventies and beyond. It manages to create nostalgia for a comic that never was in a story that we recognise. Comedians are famous for their often troubled backgrounds and, by realising the conflicts of this “funny cow”, this story will inspire others to turn their truth into something they’re passionate about.

Delivering a comedy routine, Maxine Peake plays the joker on stage. She cracks one-liners and gags that go down a storm. What she is wearing and the stage she stands upon reveals that she is on TV. Successful in that period, we flashback to the fifties; where cobbled streets and terraced houses lined the road. At home, her abusive father (Stephen Graham) has lost control and takes a belt to the young girl (Macy Shackleton, looking like a Mara Wilson lookalike). Following the beating, she stands up and says, “Are you angry Dad? You seem angry.” It’s a fierce, bolshie move but it pokes fun at the abusive man.

She grows up and marries Bob (Tony Pitts), who is at first charming and sexy, but then descends into the same type of man her father was. For someone making a name for herself, it is a clever twist that we never know hers. We see her fail and then, bravely, stand up again to enormous success. She learns from the cynical comics before her, including the old and tired Lenny (Alun Armstrong), and finds comfort in the arms of an educated bookshop owner (Paddy Considine). This funny cow didn’t swallow everything and learned more, carving out a career that was against everything she was told a woman should be. 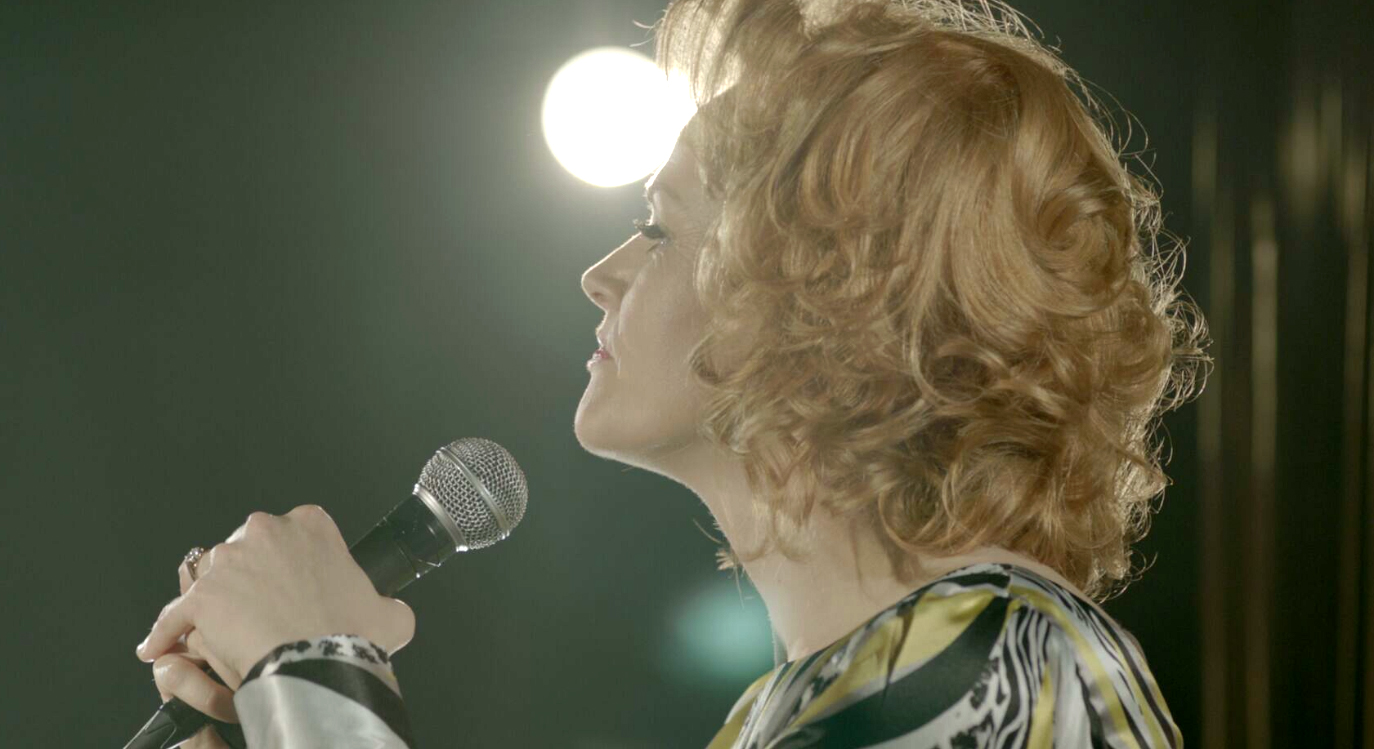 There is a moment when the knackered and depressed comedian Lenny explains why women just “aren’t funny”. Apparently, if they sing and take their clothes off – or even “flash a fanny” – then maybe she has a chance. But comedy is a men only profession. We can watch such farce as an audience knowing that’s all codswallop, but there remains a stigma attached and an assumed belief that dogs many women who are starting out. Maxine Peake’s comic, on the other hand, just wouldn’t take crap from anyone. She was passionate, reflective and witty. We’re laughing at her gags, while knowing that her harsh back story is what built her to become as strong as she is. Without the constraints of a true story, the darker elements don’t have to be cautioned; reality isn’t watered down and Funny Cow refuses to be.

Besides the music halls and comedy routines, Funny Cow also tackles the change in attitudes that we must challenge and escape from. Her relationship with her mother is a dark, ongoing struggle. For the Funny Cow, her comedy became an escape out of a loveless, abusive marriage; her mother turned to alcohol. There are snippets of her brother’s (also played by Stephen Graham) family, who clearly find it difficult to accept this “modern” woman who decides to not have children and frequent bars and clubs for a profession. The seventies, suburban household finds all of that a little too much to bear. In the same respect, her jokes (and Lenny’s) can be a little dated too, but sometimes it is all a comedian has to win over a tough crowd.

But Maxine Peake is tremendous, her quivering lip and sudden glances to camera, almost breaking the fourth wall, showcase an actor at the top of their game. She is innocent but strong; tough enough but delicate. It may not be entirely ground-breaking but Funny Cow remains uplifting, utterly heartfelt and as cosy as a warm cup of tea.