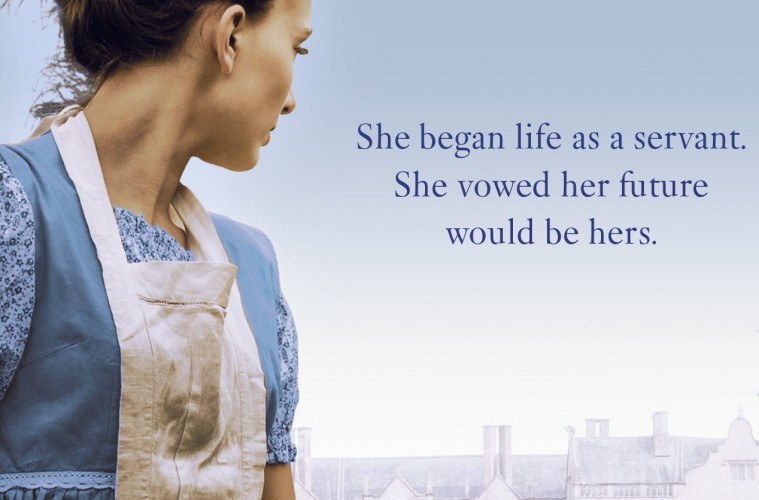 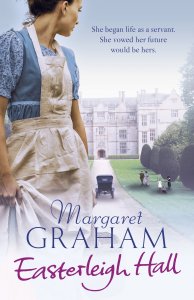 This book is being hailed as the Downton Abbey of Durham, but don’t worry, I’ve never seen the show so I can’t be the one to uphold or deny these claims. What I can attest to, however, is that Easterleigh Hall is about more than just the Hall; this book is about a community on the brink of change, a mining village being challenged by Lord Brampton’s control of industry, property and his greedy, selfish tendencies, and about families surviving, whether they’re miners, aristocracy, rich, or poor.

Easterleigh Hall was a little slow to get into, and it was definitely a struggle to convince myself to keep reading at times. I understand the need for world-building – I welcome it, when it’s done right – but at the beginning of the novel, this consisted of the trials and tribulations of our sixteen-year-old protagonist talking us through her kitchen duties, her learning of recipes, and the hopes and dreams she’s working towards. Scene setting is all well and good, and definitely necessary, but labouring the point when we’re 200 pages in and I’m still reading about the struggles of making a soufflé for lunch becomes a little tedious.

Maybe it’s the socialist in me, but I found that the strength of the novel came from its mining community and their response to their changing world – theirs is a town that will risk their lives to save each other, that will look out for their own, that feel the pain of not being completely accepted by the group for working somewhere other than the pits. This is where Evie, our protagonist, exists – part of the community through her family connections, but also distanced from it as a result of her choice of work placement. She’s chosen to work at Easterleigh as a means of earning more money for her family, but it’s a decision some members of her family initially refuse to accept, seeing it as a kind of betrayal that she’s working for the man who puts them through hell in the mines in unsafe conditions, and pays them pittance for it.

It is, of course, a novel of change, as is every novel set in the slow build up towards World War One as Easterleigh Hall is; Evie attends women’s liberation meetings, the coal miners are struggling to accept the change in labour laws, and the nouveau riche is quickly growing to replace the blue blood aristocratic lineage. This is a time of uncertainty, where Ladies mingle with the servants in a call for a woman’s vote, but the servants are unwilling to reveal their identity in case they lose their position.

Evie is a strong, determined and ambitious heroine who chooses to save the world in her dreams of owning a hotel that can keep all of her family and friends close and out of the hands of Lord Brampton, the abusive, selfish colliery owner. Her family is full of characters and Simon, her love interest, struggles in his position on the periphery of the community they were brought up in, but is in himself a strong character willing to fight for what’s right.

Ultimately, the war catches up to their small community, and they all have a part to play in the war effort. This, for me, is where the novel shines. I’ve always found that capturing this era of time can result in a beautifully haunting portrayal of destruction and of needless suffering that really makes you reconsider everything you thought you knew. It was just a shame that the turning point happens rather late on in the novel, and the first half of the book lets down the second half purely due to its drawn out nature.

There are still fantastic moments in this novel, and it really does capture a moment in time with poignant elegance, I would have just liked to see more of that earlier on.