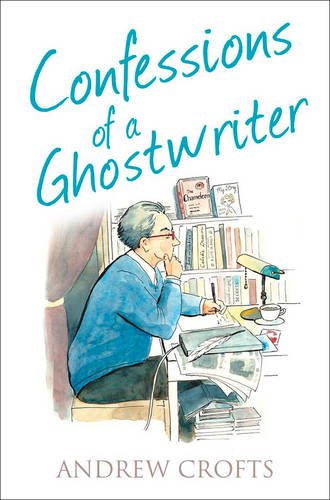 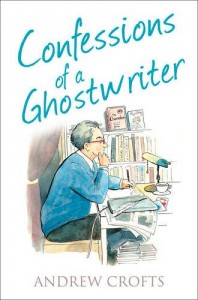 It must be a wonderful thing for an author to see their name on the cover of a book, to read articles where their words are quoted and praised, and immortalised in years to come. For the ghosts of the writing world, those moments never come.

Andrew Crofts is a Ghostwriter, and a successful one at that. He’s interviewed world leaders, soap stars, socialites, royalty and mobsters. Perhaps most importantly though, he’s given a voice to those who have been through such terrible things that the act of relaying their ordeals is almost as traumatic as the acts themselves. These stories of the disenfranchised gave Andrew an opening into the publishing industry, which later brought work to his door and led him to a point where he was able to share his experiences with the world.

Confessions of a Ghostwriter is not, as the title suggests, a tell-all on those who Andrew has written for. On the outside it’s a memoir, on the inside it’s an intriguing look at what it’s like and what it means to be a Ghostwriter in the modern age. Andrew’s social commentary on the publishing industry and the projects he’s worked on are hugely insightful for anyone with a passion for writing – whether you write novels or a blog.

Whilst the medium varies, the basic principles of being a writer remain the same, and Confessions of a Ghostwriter gives a fascinating peek into the life of someone who writes for the love of writing, rather than the glory of having your name up in lights. Andrew’s witty and honest outlook on the hardships and successes that writers face are always written with an optimistic slant and you’re likely to come away with an urge to instantly put pen to paper.

The book is split into bitesize anecdotes, some only a couple of pages in length, each worth reading. Within the pages are tales of war, revenge, infidelity, abuse and tyranny, balanced with light-hearted thoughts on literature, life and the art of being a ghost. I particularly enjoyed the ‘Not everyone can be Hamlet’ section, which drills home the idea that overnight superstar authors like E.L. James are the exception to the rule. Being a writer is hard work, ghost or not, and accepting that fact will work in your favour.

By self-admission, Andrew Crofts is the Nick Carraway of F. Scott Fitzgerald’s The Great Gatsby. He is “within and without”, an author and narrator who immerses himself in the lives of the rich and powerful, the poor and preyed upon. He delves into their souls, uncovers the stories that people want to read about, and then he retreats to the safety of home. He might spend his days writing books that bear other people’s names but Andrew Crofts has his own stories to tell and they’re worthy of any readers’ time.

After I Left You – Alison Mercer Review