True fans of gothic literature will be the first to inform you that while Bram Stoker’s Dracula is the most famous, the most irreparably quintessential vampire story, Joseph Sheridan Le Fanu’s novella Carmilla got there first – by 26 years no less. Fortunately, Carmilla has been noted as the inspiration for various vampire media, as well as getting its own adaptations, the latest being Emily Harris’s coming-of-age romantic drama.

Young protagonist Lara (Hannah Rae) lives in an isolated but sprawling property owned by her mostly absent father, where she’s raised by her strict, pious governess Miss Fontaine (Jessica Raine). Her only other company are the rest of the staff. Lara is incurably and indiscriminately curious, getting in trouble for stealing medical books from her father’s study early on, though she also clearly loves nature, art and poetry, and is blossoming into her sexuality. All things forbidden to her by Miss Fontaine. More than anything, she longs for a friend – specifically female company of her own age. In the film’s early scenes, all Lara can speak about is the upcoming visit of another young girl, Charlotte, which is postponed due to illness. Lara is devastated, and her upbringing ensures that she immediately concludes that her bad behaviour is what has caused this, as some form of godly punishment.

Not soon after this night, where Miss Fontaine soothes that “she will not let the devil into [their] house”, a young girl who is the lone survivor of a nearby carriage crash is brought in to recover. After one secret middle of the night meet-cute, Lara and the newly-dubbed Carmilla (Devrim Lingnau) become inseparable. As tensions simmer, Miss Fontaine and the doctor tending to Carmilla (Tobias Menzies) try to seek their own answers for the girl’s backstory, and fear what they find. 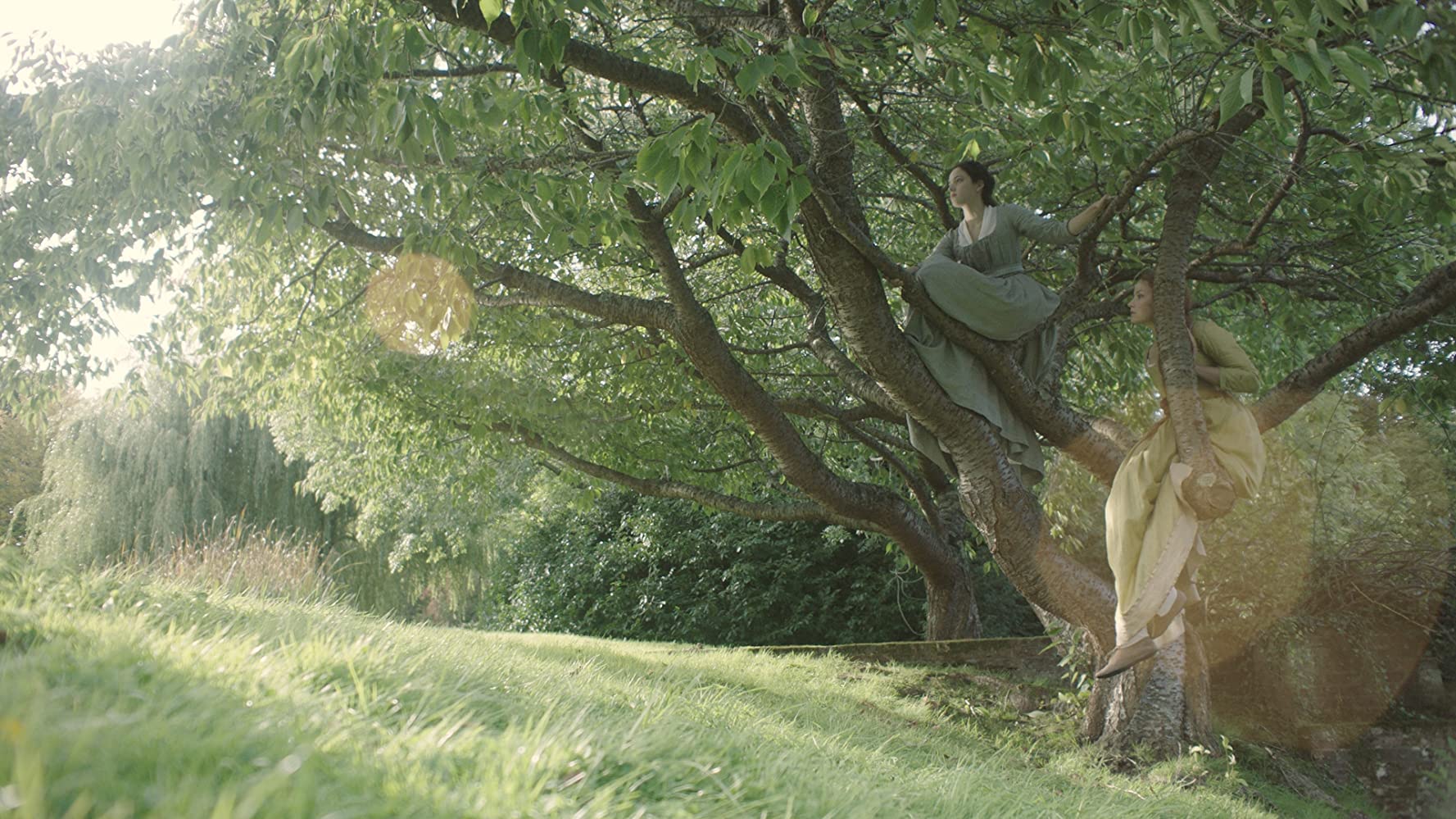 Transferring the location of the story to England, where it was filmed in East Sussex, it’s packed with everything one might expect from a Carmilla adaptation, or indeed any vampire period piece. The lush countryside is moody and atmospheric, and the focus on nature is almost grotesque at times; lots of up close and personal shots of insects and wildlife, unsettling as they are objectively mundane scenes. Natural scenes. And the film clearly wants to engage in questions of what is natural – both in the sense of the environment, but for the female characters as well.

The film makes adjustments and allowances to still appeal to a modern audience whilst remaining very much a classic period piece – a period romance, at that. Though it’s not the first adaptation to do so, Harris chooses to make the romance between the two female leads explicit, which may seem a somewhat obvious move in 2020 (or 2019, when it was originally released at festivals) but it’s very much appreciated nonetheless.

One of the more pleasantly surprising elements Harris brings out of the story is how sympathetic Miss Fontaine is, despite being an oppressive force too. Of course, a large part of this is Raine’s stunning performance, perhaps the most engaging out of the cast, and her relationship to the romance is just as vital to the emotional core of the film as the romance itself.

Here the vampirism is subtler than in previous adaptations; in some ways left more to the imagination of the viewer to decide whether it’s real or not. It’s a spookier choice, as the film plays with notions of the occult and the characters themselves question whether there are darker forces at play. Perhaps it will be more refreshing to those who are still suffering from bloodsucker burnout, not yet recovered from the boom that 2008’s Twilight brought on.

Carmilla also very much benefits from a female writer-director at the helm, especially when dealing with the topic of queer female sexuality. For all its gothic horror undertones, the relationship with Carmilla and Lara is not at all lacking in compassion and tenderness. Here it is even Lara who gives Carmilla her name, as opposed to the twist revealed in the novella. Equally, a female director gives the appropriate care to make this a true coming-of-age adaptation, which is maybe just as important as any supernatural elements chosen to be left out. Nevertheless, this may just be the gentle, not-so-spooky but still tense Halloween watch you’re looking for.

The Other Lamb Review