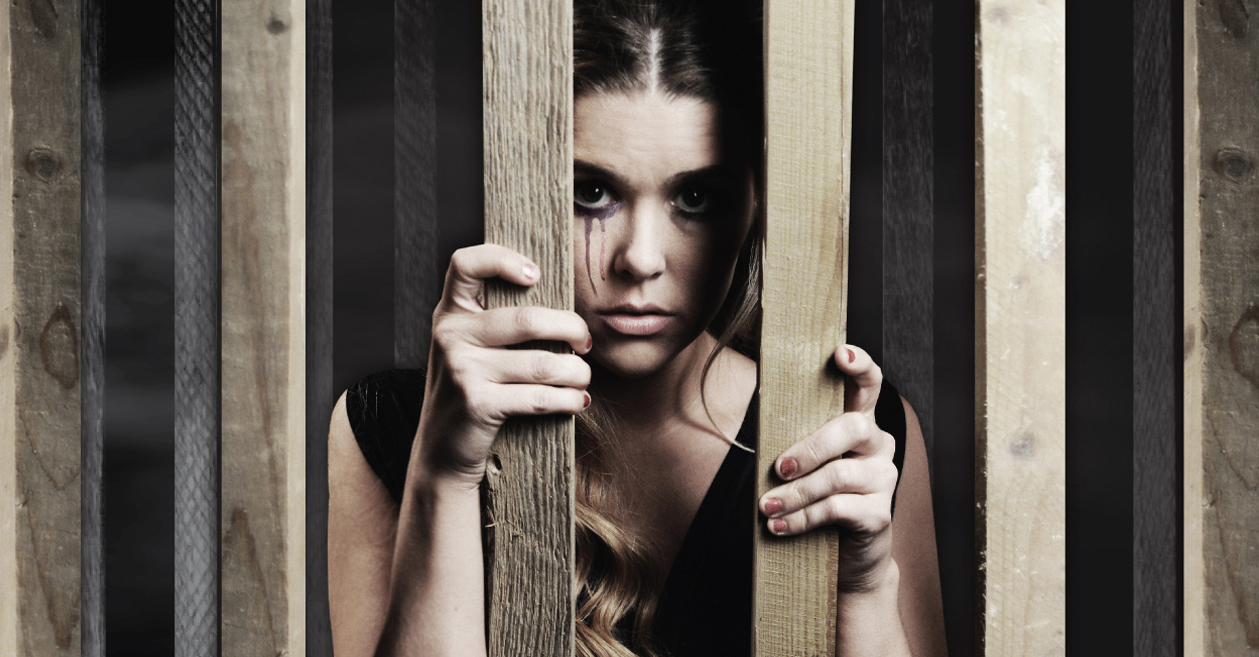 When approaching a one-location film there are certain rules that must be followed in order to be successful. The script has got to be tight and entertaining, your actors have to be enthralling, interesting and nuanced, and your concept has got to be worthy of that one-location. Unfortunately for Cage, Warren Dudley’s follow-up to the poor The Cutting Room and new to Amazon Prime today, it doesn’t quite reach the standard set by the likes of Locke, Phonebooth and the underrated Buried.

Cage revolves around Gracie (Lucy-Jane Quinlan), a sex call worker who wakes up one day trapped in a cage by one of her clients, Peter (Patrick Bergin). While in said cage she is supplied with food and water, surveyed by a watching camera and left with her mobile phone; it’s a psychological battle of the wit and mind for Gracie against her purveyor. It’s an interesting enough plot, but the film undoubtedly suffers due to its surprising lack of urgency or panic on behalf of Gracie herself and her boyfriend who she is in frequent contact with. Due to this, as well as Gracie not going anywhere, neither does the film. It seems so formulaic and melodic you can almost hear it hitting its cue and making its mark, which makes the film monotonous. It’s a silly concept and that can be okay if it’s confident enough to run with it but Dudley’s script never quite has that certainty and assurance.

On top of this, I’m not sure Lucy-Jane Quinlan’s performance is skilful or layered enough to own and control this role. There are too many times where she isn’t convincing and, as she’s the only character on screen, that’s just not good enough. She shows some signs of being talented but I don’t think Dudley’s script helps her here. This is partly because of Cage’s lazy, expositional opening five minutes, which offers us so much information in so little time that it instantly becomes disinteresting and force-fed.

Its most frustrating downfall, however, is the lack of motive for Peter, the kidnapper. Many times during the film he states that he “just has to do this” but gives no reason as to why. He declares that “this isn’t about sex” but the problem is this: there is never a given reason, so who cares? Certainly not the audience. His character becomes increasingly one-dimensional as a result of this and it becomes largely lifeless.

Cage is a fundamentally flawed and frustrating film simply because it has so much potential. It develops themes – and way too many of them for its short runtime – that are genuinely interesting and thought-provoking but annoyingly not as matured as they should be. Throughout, the film proposes alluring themes of mental health, treatment of sex workers by the law and maternity but it’s just not refined enough to actualise this. Its portrayal of mental illness, for example, is incredibly shallow and borderline offensive. Plus, its use of 9/11 seems ill-judged and immensely tacked-on.

It’s a shame because the final twenty minutes are absorbing and captivating, however the majority of the film just wasn’t adept, thrilling or enchanting enough to match it.