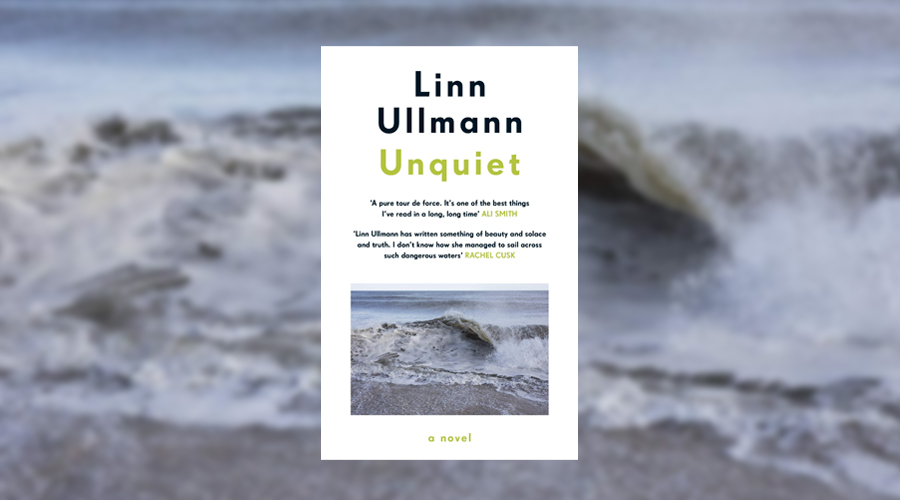 Linn Ullman is the daughter of legendary Swedish film director Ingmar Bergman, and renowned Norwegian actress Liv Ullman. As you might expect with such parents, Linn had a peculiar childhood. In Unquiet, she tells us just what it was like.

Yet this is not your usual tell-all celebrity memoir, written to cash in on famous associations. Linn has won prizes for her journalism and fiction writing; Unquiet is her sixth novel. That’s right: novel. It says it right there on the cover. It seems strange that such a patently autobiographical work would be classified as a novel, but as Linn explains, this is down to her view of the fallibility of memory. The book isn’t intentionally fictional: in attempting to recall conversations from decades ago, she is honest about the inevitability of misremembering and admits, ‘some things [she] probably made up’. If anything, her honesty about the veracity of her recollections makes the book all the more human and engaging.

Unquiet doesn’t unfurl chronologically – we jump around in time the way you might when having a conversation with a friend. It often reads like a stream of consciousness. We get fragments of stories, discussions, reminiscences. Sometimes Linn repeats herself, but it’s intentional. There’s a rhythm to the repetitions, like poetry. She plays with pronouns too: sometimes Bergman is ‘pappa’, and others he’s ‘the father’, or ‘the girl’s father’ (Linn, of course, is ‘the girl’). It’s as if she’s moving between being a participant in her own history and an observer of it – never both simultaneously. Altogether, Linn’s unusual storytelling makes her book feel like a living, breathing, always shifting being.

Although Unquiet covers a lot of ground – her childhood summers with Ingmar on the famous island of Fårö, her teenage years in America, her marriage to a husband who cheated on her – the bulk takes places in the final years of her father’s life, as they decide to write a book together. She made recordings of their conversations, the transcriptions of which are scattered throughout. Those transcriptions, however, end up mattering less than the conditions in which these interviews took place. During these adult trips to Fårö, when Linn was in her forties and Ingmar in his eighties, she witnesses the slow decline of her father’s health. The ruthlessness of the aging process. She never knows how he’ll be when she shows up at the house for a recording: will he be able to get out of bed? Will he recognise her? The poignancy of his decline, the great lion bought low by something as pedestrian as aging, is profoundly touching.

All through the book, Linn views her father with an honest, clear-eyed gaze. In her view, he isn’t just a globally idolised filmmaker, or a serial philanderer with five wives and many more girlfriends. He’s both, and he’s neither. More than anything else, he’s her dad: a flawed, loving, irritable, jealous, funny, talented human being. He may have been a legend, but he still died, as we all will. Unquiet celebrates his humanity whilst acknowledging that, though she was his daughter, Linn was only ever party to a fraction of the man. There’s only so much we can ever know about anyone.

Unquiet is published by Hamish Hamilton on 3 September 2020