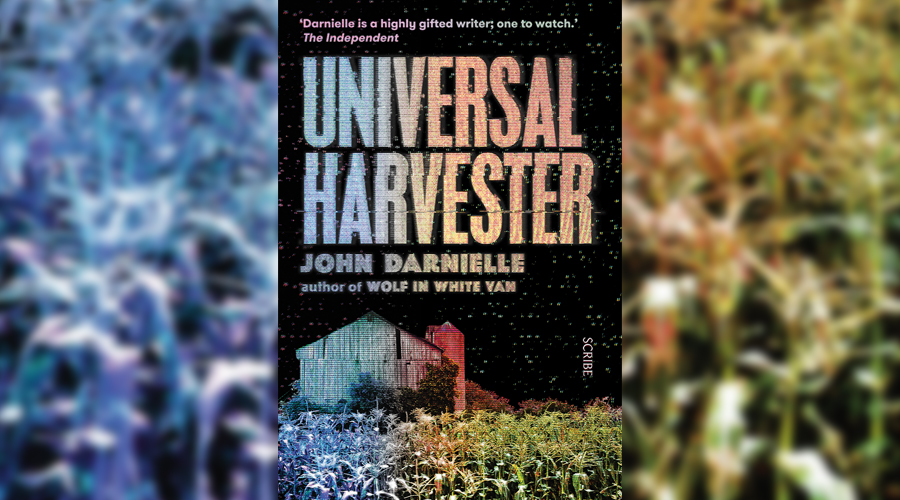 Universal Harvester is an atmospheric slow-burn thriller which interweaves a poignant story about the enduring bond that ties children to their parents and an eerie mystery concerning a couple of mysterious videotapes.

The story begins with Jeremy, who works at a video rental store In Iowa, discovering that several video tapes in his stores have some weird footage spliced into them. His curiosity gets the better of him and he becomes increasingly intrigued by those tapes and whoever tampered them. Jeremy gets more than he bargained for as he starts to investigate the whereabouts of the locations these videos were shot in. He is sucked into a rabbit hole of past transgressions and someone’s warped way of reconnecting with her childhood.

The other narrative dates back decades and is a story of a young family who have moved outside of town in pursuit of a quieter life. Soon, the dreary town life starts getting to them, which leads to an irrevocable change of events for the family’s future. At first the link between the two narratives seems tenuous but gradually it becomes clear how the videotape mystery is tied to pivotal events of the past.

For some reason, I presumed that this book belonged to the psychological horror genre but it turned out to be a markedly different story from what I initially thought. It is part domestic noir and part mystery, with the latter half definitely coming off as a more well-rounded storyline.

The high point of this book is the finely tuned sense of eeriness that Darnielle’s prose evokes. He skilfully sketches a raw and visceral portrayal of the grim vacuousness of country life and how the vast, boundless farms tended to give shape to our darkest fears and suppressed anxieties.

“A farmhouse has a way of feeling both timeless and impermanent without ever committing to either side. Seen from the road, buttressed by its fields, it bequeaths order to the frame: those fields, now that a farmhouse sits squarely in their midst, are there for someone.”

The story poignantly traces the indelible marks that our childhoods leave on us and how some people spend their whole lives helplessly trying to recapture the past, rather than coming to terms with it.

Darnielle’s writing paints a haunting picture of the countryside where after daylight recedes, the sprawling empty fields no longer seem like a harmless stretch of land and starts to feel malevolent. However, I felt that the menace implied in the first half of the book never panned out the way I was expecting it to. His narrative is clinically detached for the most part while also acutely intuitive in parts.

Universal Harvester is a taut thriller that captures the zeitgeist of the 90s. It recalls a time when small towns were characteristic of stagnancy and remoteness, which allowed time for imagination and curiosity to run wild since one would do anything to curb the listlessness of a rustic life. Read this for the gripping, creepy first half.