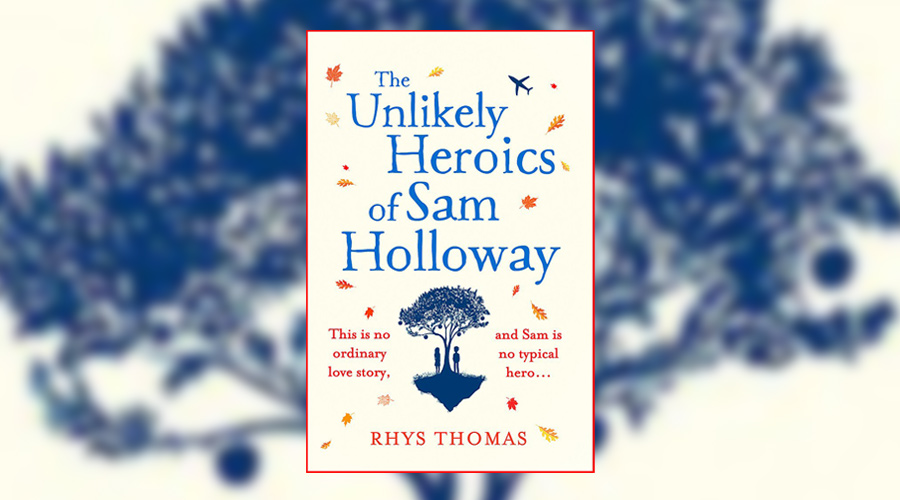 Sam Holloway exists in a safe and solitary bubble. At twenty-six, he lives alone in a nondescript semi-detached house on a residential estate, he socialises as little as possible – with close friends he could count on one hand, and he has a mundane job at a Japanese electronic components wholesaler. He’s obsessive compulsive about keeping his desk and his life in order, which, to some, might seem abnormal. But for Sam, this orderly and predictable existence is essential. Because he’s already survived the worst life could throw at him; he doesn’t need any more curveballs to push him over the edge.

There’s an exception to Sam’s safe routine though: three nights a week, he dons a self-made superhero costume and, under the cover of darkness, takes to the streets to fight crime, uphold the law and keep citizens safe. Pursuing criminals and helping those in need makes Sam feel invincible, like he has a purpose, even if his escapades land him in hilariously awkward, increasingly reckless and dangerous situations.

So when a chance meeting at a pub brings Sarah into his life, Sam’s carefully constructed world is thrown into disarray. Part of Sam yearns for this positive change and the bravery that comes with taking a leap of faith for another person. The other part of him, arguably the more dominant part, is terrified of letting go, of letting the mask slip and letting Sarah into his already fractured-beyond-repair heart. As with all superheroes, the vigilante life doesn’t agree with Sam’s personal life, and he struggles to balance the two, whilst maintaining his delicate sanity.

“What a lift in the body the hatching of love can bring. How it makes the world appear benign. How it brings up a screen between problems that, before, seemed so massive.”

Rhys Thomas’ third novel is a story that’s at once hilarious and tragic, heart breaking and relatable. Within the first few chapters, there’s an overwhelming sense that the meticulous order with which Sam lives his life comes from a place of terrible sadness. He hasn’t always been this way; he’s traumatised by something in his past, and when Thomas reveals the ‘EVENT’ that haunts Sam, it’s as gut-crushing to the reader as it is to the character. It’s to Thomas’ credit as a writer that you feel every part of Sam’s on-going devastation, his need to find mental refuge in the guise of a masked hero.

If you’re reading this thinking The Unlikely Heroics will be a heavy and unhappy read, you’re mistaken. Sure, there are moments of grief and loneliness, but this is also a story about love and friendship, of kindness and redemption. It’s the kind of story that will have you tearing up with empathy for Sam one moment, and crying with laughter at his haphazard heroics the next. He’s such an endearing, tragic fellow; hopelessly ordinary, yet filled with a desire to do good, to make the world a better place and in the process make up for the things he’s lost.

The chapters following The Phantasm’s (the ingenious name for Sam’s alter-ego) misadventures are filled with heart, humour and enough cringe-worthy accidents to make it entirely believable. Thomas also weaves plenty of comic book and pop culture geekery into the book, making it the perfect read for film, TV and superhero fans, as well as those who simply love an unusual and charming story with a poignant, life-affirming message.

One thing’s for certain, we need more Sam Holloways – in literature and in life.