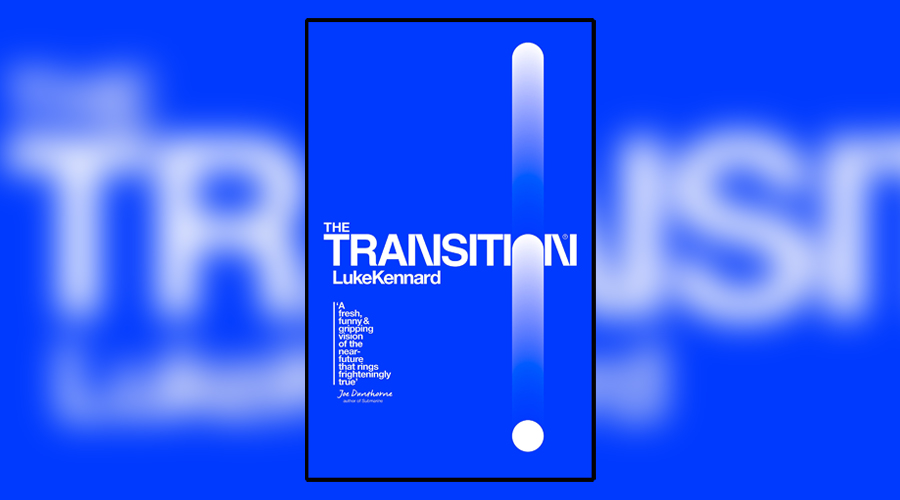 The humorous satire by the prize-winning poet Luke Kennard is his first foray into fiction. It is a dystopian black comedy with a witty riff on the inevitable collapse of our capitalist world. Kennard focuses on the financial and social implications of this on the first casualty of such an event– the millennials.

Karl and Genevieve are a young middle class couple who are struggling to make ends meet. Karl is a freelancer who writes paid reviews for different products and ghostwrites students’ assignments for online content providers, while Genevieve is a primary school teacher. They are crippled by their rent and consumerist lifestyle, compounded with the ease of instant credit which eventually means they are well entrenched in debt. With rising expenses and dwindling finances, Karl, in a moment of desperation, agrees to a shady deal that results in him being implicated in an online scam. Kennard uses the set-up as a parable about the corporatization of our society.

In lieu of a prison sentence, he is offered the chance to recruit in The Transition, an Orwellian scheme which is a kind of life rehabilitation centre. Karl and Genevieve have to live in s paid accommodation with another couple, Stu and Janna, who will be their mentors and will guide them on how to deal with their finances and have healthier lifestyles for a six month period. The goal is that after six months of intensive training they will have made a successful transition to adulthood.

At first it seems like an unconventional but good enough deal but soon, things take an unpleasant turn after suspicious occurrences. Karl starts getting paranoid after some of his things go missing and begins to suspect Stu and Janna of having ulterior motives. He starts doubting his decision to enrol in this program as cracks starts appearing in his marriage. He suspects that their mentors are brainwashing Genevieve who is already in a fragile state as she suffers from mental health issues. He discovers shocking facts about The Transition’s origin, which leads him to believe that it is a manipulative social engineering experiment.

Kennard brilliantly combines a comedy of manner with a probing commentary on our present world with the widening gulf between homeowners and renters, the stifled middle class and easy access credit system. Social media is also one of his targets as the story mentions The Great Unsharing, a new initiative started by the youth to protest against being “commodified by consent”. Obviously, they blame their parents who were the first wave of social networkers and were obsessed with documenting everything (sounds familiar?) from their food to their babies.

He takes a subversive look at the ideas our generation is taught – to follow our ambitions regardless of the monetary gains. As Stu patronizingly tells them that Karl’s MA in The Metaphysical Poets which renders him practically unemployable is their generation’s fault for deluding the youth to follow their dreams and telling them that money isn’t important.

“A generation who had benefited from unrivalled educational opportunities and decades of peacetime, who nonetheless seemed determined to self-destruct through petty crime, alcohol abuse and financial incompetence; a generation who didn’t vote; who had given up on making any kind of contribution to society and blamed anyone but themselves for it.”

The unflinching portrayal of modern day relationships is also brilliantly executed in the writing. Genevieve and Karl mostly sweep their interpersonal issues under the rug, in the guise of ‘giving space’ to the other person rather than addressing them head-on. As Karl later on tells Genevieve “Space, closure, name the cliché and I’ll give it to you”.

The narration reminded me a lot of The Stepford Wives in how the narrator is the only one who suspects a conspiracy and gradually becomes obsessed with uncovering it. The premise of a technology-riddled future resembles the world of the hit series, Black Mirror, but Kennard’s execution is laced with a certain charm and is not quite as bleak or foreboding as the former. The writing is crisp and the dialogues are relentlessly piquant. This sardonic take on our times has wit in spades and is an extremely enjoyable read with some thought provoking issues at the heart of the story.