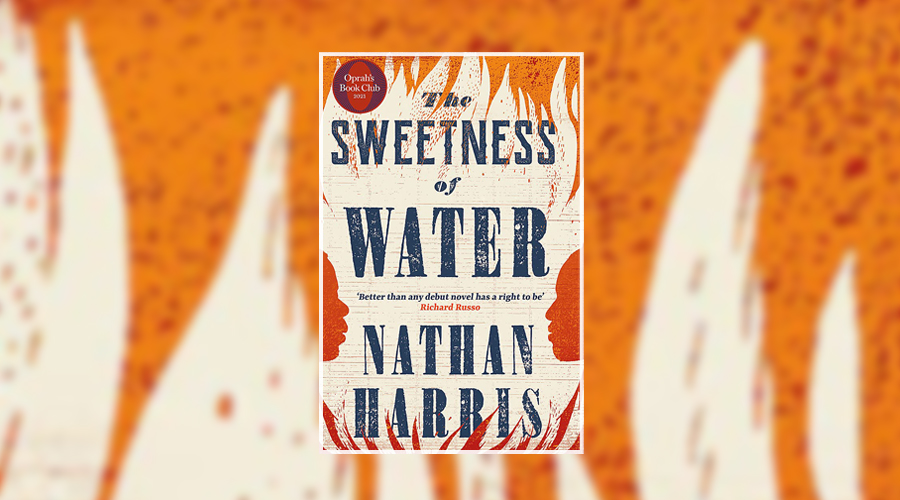 We arrive in the fictional town of Old Ox, Georgia, just after the Civil War has ended. Brothers Prentiss and Landry, recently freed slaves, are looking for work – not an easy task in the heart of the confederacy, and with thousands of others doing the same thing. Luckily, they run into George, a kind – if eccentric – older white man, who doesn’t share the racist views of his neighbours. He offers the two a fair-paying job on his land, and they accept. For a while, everything is fine. Pleasant, even. Then Landry sees something that he shouldn’t have, and disaster strikes.

The Sweetness Of Water – which has just been chosen for Oprah’s book club – is Nathan Harris’ debut novel, but you’d never know it from the assuredness of his prose. He paints both Old Ox and the time period with poetic, vivid strokes, quickly establishing that – though the war may be over – the confederate ideology of this small, small-minded town is not. Everyone knows everyone, and their tolerance for outsiders is low. Anyone who dares to contradict the bigoted code that the citizens live by is tolerated even less. Behind the thin veil of politesse, real danger lies in wait for the ones who don’t fit in, which puts Prentiss and Landry, George, his wife Isabelle, and their son Caleb (who is hiding a perilous secret), very much in the line of fire.

And yet, despite the dramatic subject matter and looming sense of threat, Harris often does the unexpected with his novel’s pacing. The Sweetness Of Water is only what one might consider a ‘page-turner’ for some of the midsection; for the most part, it’s a character study of both a people and a place. This, on the whole, works well, especially during the opening chapters. Harris’ writing is so lyrical and lovely, he makes it a pleasure to be gently ushered into the world where we’ll be spending the next few hundred pages. In fact, the calm of this first section makes the violent incident at the book’s centre hit even harder; a horrifying intrusion into a place of relative peace. For a number of chapters following the tragedy, the novel becomes an action-packed thriller. Then the danger passes – and there are almost a hundred pages left. That’s one heck of an epilogue.

Still, Harris has done enough work establishing his characters that The Sweetness Of Water mostly remains interesting during its concluding chapters, even if they do have the unfortunate feel of an anti-climax. It speaks to the care he has for his creations that he wants to follow them on to the next stages in their lives, and we do too; after all, this is not just a book about a tragic event, it’s a book about people and the way they learn to live alongside one another. Pacing issues aside, The Sweetness Of Water is a work of great depth and beauty.