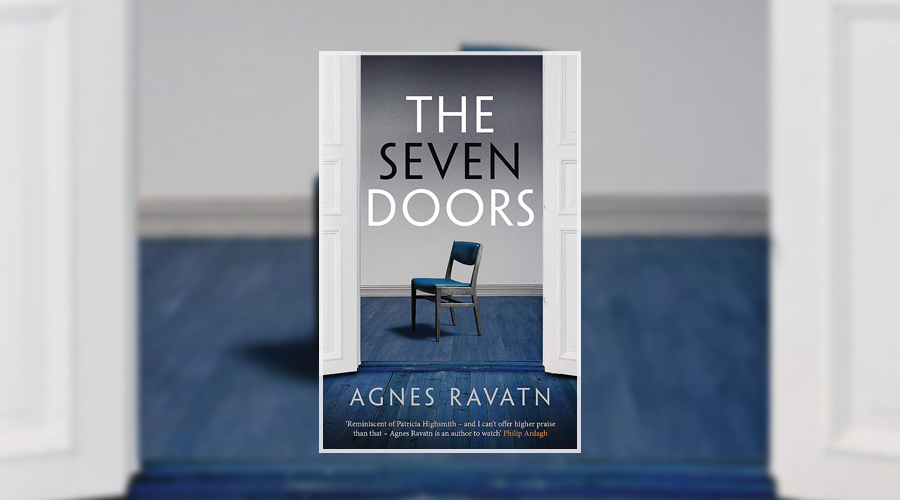 Norwegian writer Agnes Ravatn made waves in the crowded Nordic noir shelves with the understated psychological thriller The Bird Tribunal in 2013, winning the English PEN Award for translated fiction. This year sees her second book, The Seven Doors, translated into English by the team at Orenda, and it’s undoubtedly a variation on a theme Ravatn warms to. The ever present atmospheric cold of the Norwegian backdrop returns, as well as the role of protagonist found in a middle aged woman – Nina, growing frustrated from her stagnated academic career and monotonous family dramas.

The Seven Doors opens with Nina organising the sale of what had been a stately old family home in the northerly Norwegian town of Bergen. The family are clearly wealthy, as during the novel Nina visits several other lavish modern properties into which she and her husband will have to move due to the old house needing to be pulled down for council developments.

The intrigue begins when their spoilt adult daughter and her young family ask to move into her husband’s second property, which is currently being rented out. They leave a bad impression on the young single mother when barging in unexpectedly and the tenant then disappears. Nina finds herself compelled to go detective on the missing persons case herself, which comes from a place of guilt, since she acknowledges that herself and her daughter almost forcefully evicted the girl on the spot.

What follows is a readable, if predictable mystery tale. The story, and title, is inspired by the fairytale Bluebeard and its subsequent adaption into an opera by the composer Bartok. This fairytale is discussed at length several times by Nina and her close friend and sometimes feels like it’s being hammered home a bit too forcefully, so that any subtext just feels a lot more like text.

While Nina herself is likeable, it’s hard to sympathise at times with someone who is clearly so wealthy in her moments of angst, and with a completely conceited and bratty daughter that no one seems to confront throughout the course of the story. For those that can’t get enough of their Nordic noir, this is worth an add to the pile.