Book Review: The Other Us by Fiona Harper 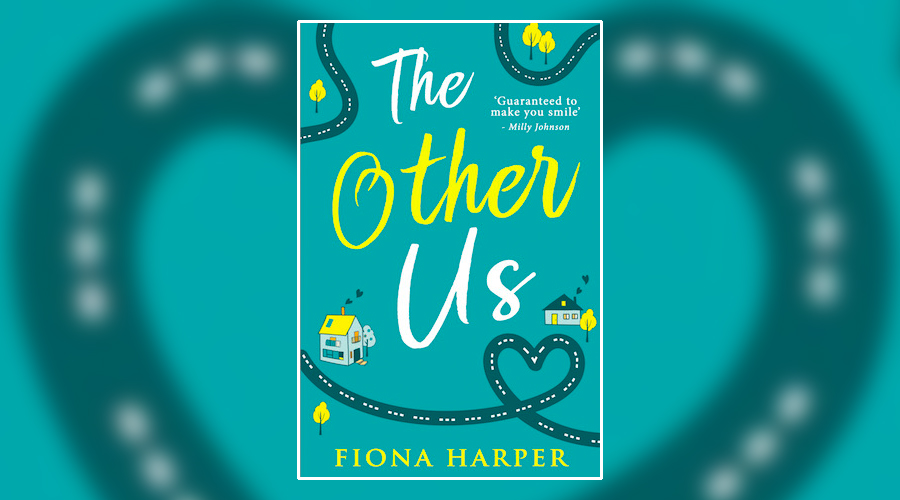 With twenty-four novels under her belt, including The Summer We Danced and Make My Wish Come True, award-winning author Fiona Harper has established herself as a rom-com writer that readers can rely on for warmth, wit and heartening human stories. Her twenty-fifth novel, The Other Us, is perhaps the writer’s best yet, building on the classic ‘the one that got away’ tale with a poignant dose of alternate reality, time travel fun.

Suffering from a bad case of empty nest syndrome after her daughter leaves home to go traveling, forty-something Maggie is longing for something more. Her marriage to long-time love Dan is stale and strained, and she’s beginning to think that her husband is hiding something from her too. So when her best-friend Becca tells her about an upcoming university reunion, Maggie finds herself logging into Facebook to see if one particular person is due to attend: her ex-boyfriend Jude, otherwise known as her ‘what if’ man.

On the day of the reunion, Maggie wakes up to find it’s 1992, she’s twenty-six again and back in university digs, having somehow travelled to the past. Baffled and scared, but ultimately invigorated by her second chance at life, Maggie is faced with the choice of saying yes when Dan asks her to marry him, sticking to the original course of events, or saying no and seeing what life would be like with Jude instead. She chooses the latter, sending her towards a completely different future. As time goes on, Maggie inexplicably jumps between her ‘new life’ with Jude, and a different reality with Dan, both lives and men giving her a fresh perspective on what she ultimately wants. But, as Maggie starts to discover, her journey to happiness might have more to do with her and less to do with the man she finally chooses, if the choice was ever actually hers.

“I thought the longer I did this the more my life would diverge down two separate tracks – and in some ways it has – but in other ways everything seems to be blurring together, especially when it comes to who I love and how I love them.”

With delightfully normal characters and an upbeat tone that keeps things light, The Other Us is a cross-between The Time Travellers Wife, One Day and The Versions of Us. Yet whilst the ambiguous nature of Maggie’s time travelling is what sends her on a journey of self-discovery, it’s the character herself that keeps the story moving at a brisk pace. Though she doesn’t realise it, Maggie defines herself by other people. She feels trapped in the suburban housewife role with Dan but becomes equally trapped in a high-flying, successful businesswoman part with Jude. She doesn’t know who she is as an individual, and it takes trying out all these different lives to discover which one gives her purpose and a sense of fulfilment.

There’s a lovely flavour of 90’s nostalgia when Maggie jumps back to the past, rooting the story in an age where life was slower and technological advancements were just starting to flourish. Yes the romance element is there but this is more than your typical rom-com book. It’s a story about a woman discovering that the grass isn’t always greener on the other side and relationships are about compromise. If given the choice to change the parts of your past that you regret, would you take it, knowing that it would also erase precious parts of your current life?

The Other Us is an easy and entertaining read with tons of heart, lovely characters and vivid scene setting. Fiona Harper pushes out of her usual genre to provide a light time travel twist that really works. Whilst it’s never explained whether Maggie actually voyaged back in time, jumped to an alternate dimension, or merely had an exceptionally intense and long-winded dream, the specifics of her jumping don’t really matter. This is an uplifting story about second chances, choices and appreciating what you have, and one that’s perfect for the upcoming summer months.