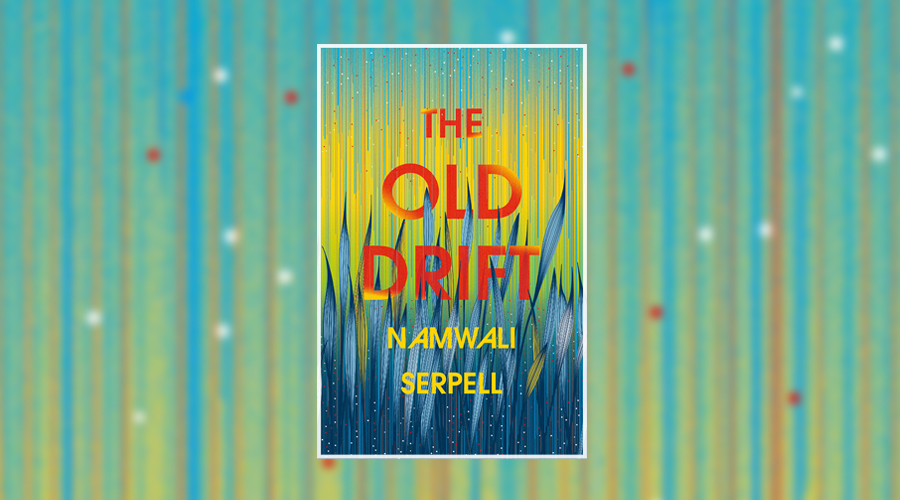 Like the chorus of mosquitoes that narrate this electrifying debut, there has been plenty of buzz heralding the first novel of Zambian writer Namwali Serpell.

It’s as monumental and powerful a story as the Zambezi River where ‘the Old Drift’ town of the title is located, a now extinct colonial gathering close to Victoria Falls, and the place that forms the centre of this spiralling story of generational loves and losses, power struggles, betrayals and victories. Seemingly inconsequential actions ripple throughout the decades, from the arrival of the first British and Italian colonists, to a Zambia of the near future, where the air is as thick with drones as it is with the ever present mosquitoes.

Magical realist themes are at large here, such as an Italian immigrant woman whose body is covered in long floor-length hair, and another character who is afflicted with endless tears, collecting them in plastic bottles in her fridge. It has lead to numerous comparisons with Gabriel García Márquez and the multigenerational epic One Hundred Years of Solitude, but another comparison that for me rang a lot more true was to the time-hopping books of David Mitchell, in whose playful tone and sci-fi dabbling Serpell shares a common thread.

The numerous comparisons to other writers, however, does Serpell a disservice to how distinct a style she already has, and with what impressive skill she displays in slipping into such a myriad of voices across time periods. The magical realist theme is always as interesting as it is indefinable, closer to a mood rather than a distinct genre, and one that is so often mastered by writers in post-colonial countries. Serpell offers a fresh viewpoint within this, entangling the postcolonial with a predominantly female perspective throughout the many characters in the book, similar to the writing of Isabel Allende and Toni Morrison.

In the most clearly ‘fantastical’ elements of the story, that of Sibilla with her body covered in hair, and Matha with her endless tears, both end up commodifying their ‘magical’ features – Sibilla’s children start a business selling their thick long hair for wigs, Matha by using her tears for fertiliser. Their stories are fantastical suppositions of the reality of the colonised, those that are simultaneously othered and commodified by the ruling elite, and a patriarchal society by extension. Their stories are blended in with those of other female characters who are sex workers or run brothels, nor less grounded than them in this reality.

Another major theme is that of humankind’s volatile relationship with the natural world, both its conqueror, its imitator, and at other times completely at its mercy. The mosquitoes serve as a perfect narrator for the novel, an echo and companion to humans in their ubiquity and pestilent nature. Her writing is also particularly visceral – bodily fluids are a focal point, and characters are frequently urinating and/or menstruating (one character, Thandiwe, wonderfully does both while drinking champagne on the toilet on her wedding night).

There is one storyline focussing on a particular character’s quest for the cure for HIV, which weaves another strand of symbolism of humanity’s struggle with nature, although this is less effectively resolved than the other strands of the novel. If there can be any weakness, it is only that there is almost so much going on that your senses are overwhelmed by the time the novel reaches its bombastic end.

The Old Drift is a novel that will leave you reeling and picking apart its many ideas, leaving almost no concept unexplored – whether that’s colonialism, capitalism, racial identity, political identity, climate change or government surveillance – and I haven’t even mentioned the Zambian Space Race chapter. Its ultimate hook though is Serpell’s awe-inspiring deftness at jumping from one location, time and character to the next, and fixing you firmly in each and every one. It’s a decidedly impressive debut.

The Old Drift is published by Hogarth on 21 March 2019