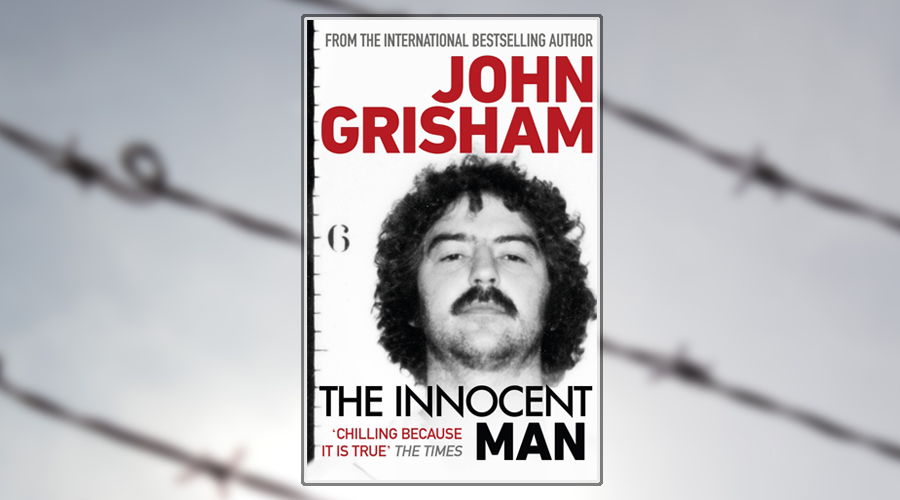 Before Serial, before Making a Murderer, and before the world become fascinated by true crime and miscarriages of justice, John Grisham was there first with The Innocent Man. Despite being known primarily as a bestselling fiction writer, in his first non-fiction book, first published in 2006, Grisham travels to the small town of Ada, Oklahoma to explore in detail the story of Ron Williamson, a man wrongfully convicted of rape and murder who spent 11 years on death row for a crime he didn’t commit. It’s a fascinating, and at times unbelievable, account of a small town tragedy and a law enforcement agency determine to solve it by whatever means necessary.

Ron’s story in itself is a compelling one. A one-time star sportsman who dreamed of being the next great baseball player to come out of Oklahoma and follow in Mickey Mantle’s footsteps, Ron’s life stopped going to plan after an injury derailed his sports career and his marriage broke down, and he ultimately returns back to Ada a bit lost following years of alcohol abuse and a history of mental illness. When Debra Sue Carter is murdered in 1982, the police have no suspects, no leads and no solid evidence, but with pressure mounting on them to solve the crime, it’s not long before Ron Williamson’s name is mentioned and the police finally have a suspect to pin the crime on.

The reports of Ron’s arrest, interrogation, trial and incarceration are chilling enough, and it’s something that needs to be read to be believed and to understand the sheer number of wrong calls and oversights that led to Ron’s conviction. But Grisham also details the conviction of Dennis Fritz for the murder too – a man implicated purely because of his friendship with Ron, and the belief that the crime was too violent to have been committed by one person. There was even less evidence against Dennis then there was Ron, and reading this account it’s truly shocking that either case was even allowed to go to trial on such flimsy evidence, let alone score convictions.

“New evidence, old evidence, zero evidence. It didn’t matter. They’d just suffered twelve years for killing no one. But in Pontotoc County, evidence was not a factor.”

Of course, from the book’s title alone, it’s clear that Grisham’s account is coming firmly down in favour of one side. While every effort is made to detail the thoughts and actions of both the prosecutors and the defendants, the prosecutors inevitably come across worse than the innocent man they’re accusing, so there is a case to be made that The Innocent Man could have benefitted from a bit more balance if it is to be seen as a fair and accurate piece of non-fiction. Even so, Grisham’s research is thorough and detailed, particularly when it comes to Ronnie and Dennis’ case, and reading as everything unfolds is a horrible, incredible true story.

As happens with a few non-fiction books, The Innocent Man has to fight to convince you to keep reading – particularly with the information out there on the internet and freely available to search – and it doesn’t always succeed. The book can go off on a tangent at times, exploring backgrounds and histories of small players in the larger game rather than focusing on the overall subject, and reader attention can drift as some sections go on a bit too long without a whole lot of relevance.

However, as a whole, this is one book that tells a fascinating history, and it’s an important read nonetheless, both in terms of understanding the biases that can take place in small-town courtrooms and in realising the often detrimental mental effect that can come with being wrongly incarcerated – and sentenced to death for a crime you didn’t commit too.

The Innocent Man is a shocking, informative, chilling and astounding story that has been told with careful consideration and just a hint of underlying author bias, but it’s a story that needed to be told, and one that’s worth the read.

The Innocent Man was published by Arrow on 13 July 2017