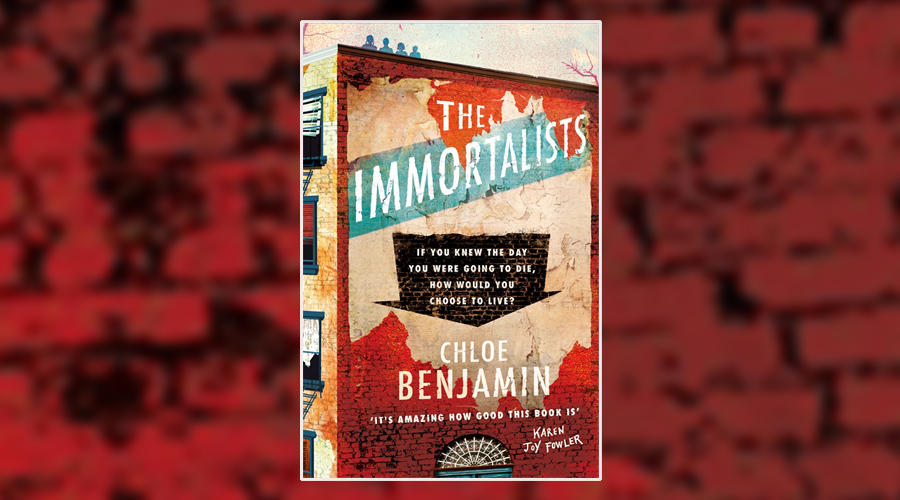 How would you choose to live if you discovered the exact day you were going to die? Would it drive you towards a wild and reckless existence, propelling you to experience everything whilst you still can? Or would you live safely, avoiding all dangers and potential threats in order to prolong the years? Even if you chose to dismiss the prophecy as nonsense, how would that decision alter your future choices and, by extension, those around you?

These are the thought-provoking questions at the heart of Chloe Benjamin’s The Immortalists – a high-concept book that explores deep, all-consuming ideas about life, loss, love, the choices we make, and those that are made for us. The story revolves around the four Gold siblings, who visit a travelling fortune-teller in a grimy tenement in New York’s Lower East Side. The year is 1969 and the children are too young to hear what the woman tells them – the precise day each of them will die.

Youngest child, Simon, is the apple of his mother’s eye, the one always expected to stay behind and take over the family tailor and dressmaking business. The prophecy he’s given is like a ticking time bomb and, fearing death before he’s even had a chance to live, Simon escapes to San Francisco – much to the chagrin of his mother and elder siblings. It’s in the Castro District, amidst the gay liberation movement and marches, that Simon finally finds a place he fits in, and he grabs every opportunity afforded him.

Dreamer and novice magician Klara moves to San Francisco with Simon, where she hones her craft but struggles to be taken seriously in a male-oriented profession. Then there’s conservative eldest son Daniel, who, post 9/11, becomes a military doctor, believing that nobody can control his destiny except him. Finally, we come to responsible and bookish Varya, the oldest of them all, who looks to science for the answers to the questions that terrify her most. All four siblings respond to their prophecies in different ways and it shapes their paths in life, ultimately pushing them apart and towards their individual fates.

“The power of words. They weaseled under door crevices and through keyholes. They hooked into invididuals and wormed through generations.”

The book is split into four parts dedicated to each of the siblings as adults, beginning with Simon’s exhilarating yet heart-breaking life in 1970’s California and ending with Varya’s journey of self-discovery and acceptance in the late noughties. Throughout their four tales, there’s love, tragedy and ultimately, all too expectedly, death, making The Immortalists a book that swings between joy and sadness as the characters count down the years, months and days to see whether their prophecies will come true. Even a level-headed, straight-laced character like Daniel, who chooses not to believe in fortune telling, becomes a victim of his own thoughts and fears.

With such weighty themes, the story does veer into depressing territory at times but Benjamin is able to pull the mood back before it becomes too miserable and gloomy. Death is explicably linked to the story, however it isn’t the central focus. Instead, Benjamin explores how the characters’ losses affect them over decades, both emotionally and physically, individually and as a family unit, testing their bonds. Science, belief and religion are also weaved into the drama, as the characters seek answers and meaning in the world around them. What emerges from their search is the fact that sometimes we don’t get answers and we simply can’t know everything.

The Immortalists is a thoughtful, ambitious and emotional novel that captures the frailty of life with simplicity and just a hint of magic. Don’t be surprised if you’re still pondering the nature of fate and choice days after reading it.

The Immortalists was published by Tinder Press on 8 March 2018