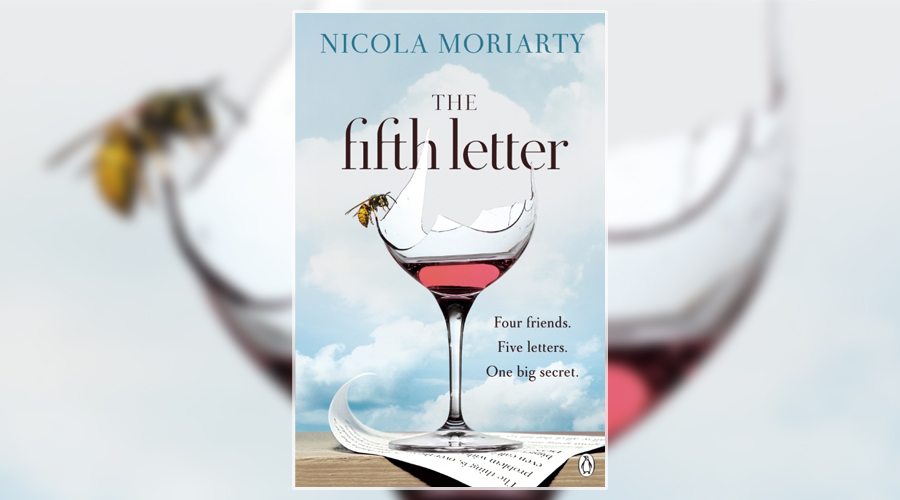 As the younger sister of bestselling author Liane Moriarty, who’s known for her tense and intricately plotted novels The Husband’s Secret and Big Little Lies, it’s inevitable that Nicola Moriarty has also acquired a talent for suspenseful storytelling. The Australian author’s latest novel, The Fifth Letter, is a tale of deceit, secrets and desire, all suppressed under the veil of a seemingly ordinary group of friends.

Centering on four women who have been best friends since the first day of school, the story picks up as the foursome embark on their annual trip away. Joni, Deb, Trina and Eden are now in their thirties, with husbands, children and hectic work lives pulling them in different directions. The trip is intended to help them reconnect and what better way to do that than by sharing some of their deepest, darkest secrets over bottles of wine and roaring fires.

The letters are Joni’s idea. As the only one without children, she feels the growing gap between her friends the most, unable to bond with them over the experience of motherhood. So she devises a creative activity whereby each woman writes an anonymous letter on a steam driven computer, revealing something that they haven’t been able to share with anyone else. The letters range from amusing admissions to more scandalous disclosures, but it’s the fifth letter that poses the biggest shock.

Unbeknown to the others, one of the friends has written another letter – which she thought she had destroyed – containing a secret so big that it has the power to drive the friends apart for good. Joni discovers the letter and, as she attempts to figure out which one of her friends wrote it, she realises that the women she’s known for most of her life might not know each other as well as they thought they did.

The story alternates between the past and present as Joni recounts the enlightening trip to a priest in the confessional box. Whilst it all begins harmlessly enough, the moment the letter is fully revealed, a sinister edge creeps in. Joni’s shock at discovering the letter means she’s the only one we can be sure didn’t write it, and suspicion swings between the other three women as their not-so-perfect lives come tumbling out into the open.

Moriarty’s crafty and intriguing novel strips down the ugly side of female friendships perfectly. Joni, Deb, Trina and Eden are all so different and that’s what brought them together when they were children. Yet despite claiming to love each other unconditionally, there’s hatred and jealousy bubbling under the surface, and it doesn’t take long for cracks in the group dynamic to appear.

The contents of the fifth letter could’ve been taken to more disturbing extremes, with more terrifying consequences, but Moriarty takes an easy way out with an end that’s wrapped up a little too neatly. Perhaps the only other problem with the book is that none of the four main characters are particularly likeable, even though they are, for the most part, very relatable. But then maybe that’s what keeps the book in the realm of realism.

With gentle mysteries and a nice layer of suspense, The Fifth Letter is an engaging exploration of friendship and the secrets people keep. Above everything though, it’s a great example of why some secrets are better left unspoken.

The Fifth Letter was published by Penguin on 23 February 2017