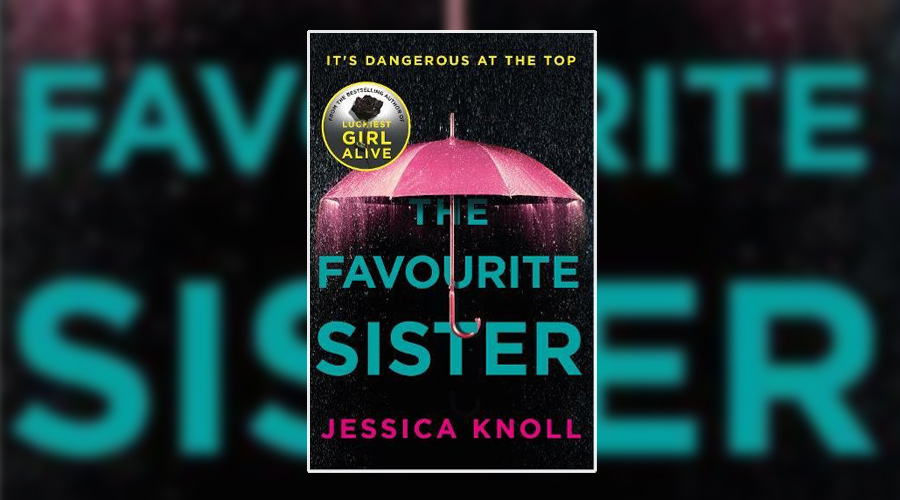 The Favourite Sister is a novel about a reality show featuring a cast of successful and rich self-made women, all of them ruthless in their mission to stay at the top. Jessica Knoll uses the show’s scripted reality as the foundation to explore the pressures women face in life and in business, as well as modern day feminism – what it means, how it makes women and men behave, and how it can be interpreted differently depending on who you are, what you have and what you do.

‘Goal Diggers’ is a highly competitive reality show set in New York and centred around five millennial women defined by their success in business. Yet instead of supporting each other, like any self-confessed feminist would do, the cast spend their lives backstabbing, orchestrating stories for ratings and coordinating scathing attacks – both real and cyber – to bring down their rivals. It’s a horrible, fake world but viewers love it, and the women know that if they become complacent, they’ll cease to be relevant and they’ll be cut from the next season.

Brett Courtney is the darling Digger – the show’s plus-size token lesbian with a multi-million dollar fitness empire that aids underprivileged children in Morocco. She’s used to being the centre of attention and gets by with her blasé ‘I-just-woke-up-like-this’ persona, so she’s shocked when the show’s producer casts Brett’s slightly tacky sister, Kelly, and her mixed-race daughter, Layla, as new additions for season 4. The producers can smell the potential for explosive drama like a shark smells blood in the water, and Kelly and Brett’s deep-rooted rivalry is perfect reality TV material.

It’s not just Brett who feels unbalanced by Kelly’s arrival on the show. The other women are equally peeved that they’ve got fresh competition, desperate to hold on to their precarious spots on the cast roster. There’s Jen, the vegan, who promotes healthy eating but might not be so healthy herself. Dating app creator Lauren has it all, including an alcohol addiction and an embarrassing video that’s been ‘accidentally’ leaked to the press. Finally, there’s Stephanie, the famous author whose brave new memoir has given her a loyal following of domestic abuse survivors but she’s hiding some big secrets, and some even bigger grudges.

“Goal Diggers is the little corner of reality TV landscape where women like me belong, and it’s unfair – and typical – that a woman like Kelly, with her big boobs and her tiny waist, her socially sanctioned and exercised uterus, would stomp in and try to claim a piece of this scant land for herself.”

Kelly’s arrival certainly rocks the boat but tensions were bubbling long before she joined the show, and with the opening prologue revealing that season 4 ends in Brett’s death, the rest of the novel takes us through the events that led to her fateful demise. What ensues is a shrewd study of women and the way we champion sisterhood and feminism, whilst both actively and unconsciously trampling it at the same time.

Knoll writes her characters with a knowing wit that makes readers resent them as much as they resent each other. Whilst those witty observations grab your attention initially, they become dreary midway through as the book falls into a lull of women bitching about each other. A few cutting comments is amusing, a constant internal diatribe from a hideously narcissistic character’s perspective starts to feel repetitive after a while.

Such a sharp and biting story has a powerful impact in small, punchy doses but when it’s 371 pages – not a long book by all accounts, though it certainly feels that way in places – that intelligent, mocking social commentary soon morphs into one long angry rant at society that makes you want to skip pages rather than highlight them for their relevance to your own life.

There’s some relief to be found in the final few chapters, as resentments boil over and the details surrounding how Brett died, and who killed her, come out in spectacularly dramatic fashion. Knoll writes a genuinely thrilling, dark and horrifying climax, it’s just a shame the journey to get there is a bit of a slog.

The Favourite Sister was published by Macmillan on 17 May 2018