Book Review: Tender Is The Flesh by Agustina Bazterrica 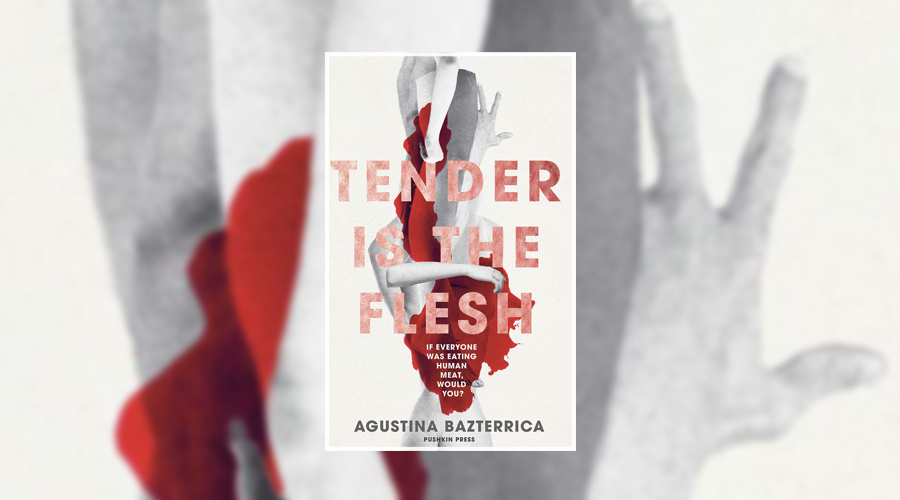 Before going into further detail about the myriad of emotions resulting from reading this unforgettable debut from Argentinian writer Agustina Bazterrica, I think it’s worth flagging from the outset that Tender is the Flesh is likely the most horrifying book I have ever read. There will be many who may find the subject matter too much for their tastes (pun.. intended?) and to be fair to Bazterrica, it’s not long into the book before you’re made fully aware of what that subject matter may be. For those that continue, you will be rewarded, if that’s the right word, with a shocking, haunting story that will linger in your mind long after finishing. Particularly on your next wander down the meat aisle at the supermarket…

The story opens with an introduction to our protagonist, Marcos, and his job at an abattoir. It’s a profession that would need a steady mind at the best of times, and only more so upon the reveal that the livestock being processed into meat are not pigs or cattle but purpose-bred humans. The reader is given hints as to what has led to this dystopian of futures – a virus that has infected animals, leading to a worldwide demand for meat with no supply, until the only apparent sensible option seemed to be to breed humans for the job instead.

Marcos is particularly adept in his position, his apparent lack of emotion and detachment enabling him to walk through the daily horror of his job unaffected. Subsequent enlightenments into his past give a better understanding as to his current character, his sheen of respectability only broken when he is gifted a female ‘specimen’, i.e a human destined for eating, who he instead decides to keep – illegally – alive in his home and grows increasingly affectionate towards.

For some, the premise may seem initially ludicrous, as well as revolting, but it’s the power of Bazterrica’s initially bland style – her deadpan descriptions of unspeakable horrors alongside the monotony of Marcos’s lonely existence – that really rams the reality home. Because of course, it would not be the first time in history we have seen otherwise seemingly gentle people oversee and manage horrors enacted on other humans, or seen people treated as equal to, or less than, animals. It is certainly not the first time we would have seen humans traded and weighed up like cattle, and these horrors are as present today as they were in history.

Bazterrica doesn’t overstress these points, but leaves you to join the dots yourself, so the book never feels like it’s preaching. Same too, in the possible opportunities there would have been to make points about the current meat industry. Offering descriptions of cuts of meat and the act of cooking and presenting them apathetically is a particularly jarring cognitive experience for any meat eater. Yes you are disgusted, but is that just because what is being described is human meat, or because of the knowledge that this exact same process is enacted daily in factory farms around the world?

Indeed, Bazterrica’s homeland of Argentina provides the perfect setting for this disturbing tale, particularly the empty plains that surround the capital of Buenos Aires, made further barren by the subsequent loss of the cattle ranches that have dominated the landscape for centuries. Descriptions of empty highways snaking through fields devoid of any wildlife only further emphasise Marcos’s loneliness and this lifeless dystopian future.

Tender is the Flesh is unflinching until the end, with a disturbing finale that leaves you as dazed as one of the poor specimens in the abattoir. Yet if you can stomach it, it’s well worth your time.