Book Review: On Sheep – Diary Of A Swedish Shepherd by Axel Lindén 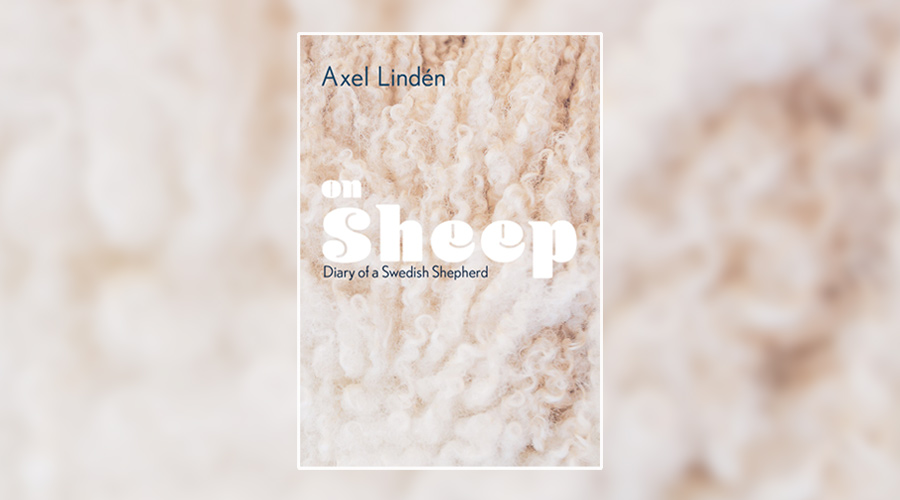 Bored with his life in the city, and concerned about the daunting issues facing the environment, Axel Lindén moves his family to a small sheep farm in the countryside. On Sheep: Diary Of A Swedish Shepherd follows eighteen months in his new life.

On Sheep is a humble book. Written in the form of a diary, with few of the entries extending over a page (the shortest is only two words!), it harbours no delusions of grandeur. All it is, and all it claims to be, is a man musing about things as he watches over his sheep. There’s a real charm in that simplicity.

There are frustrations too. Lindén’s book is completely focused on the sheep, but every so often we get glimpses into the rest of his life. He seems to be working the farm with several other families, in a commune-like set up. A few times he expresses annoyance at the unfair division of labour. He mentions having children, but he doesn’t say anything about them. We never learn what his job, or his wife’s job was before moving to the farm. At just over 150 pages, On Sheep is a quick read, and so this absolute focus on the flock is understandable, if solely for spatial reasons. Still, as these intriguing details begin to leak in, it does make you wonder whether sometimes it might be more interesting to read about life amongst the human residents of the commune than that sheep number 145 has developed a limp.

And yet that’s not really the point here. As we discover throughout the book, one of the main reasons Lindén was attracted to life as a shepherd was the simplicity of his woolly charges. Watching over them for hours a week, throughout the four seasons, he observes little details that intrigue him. Some of these observations help him to look after the sheep better. Others he just finds funny or fascinating; such as the way the sheep often move as one many-headed organism, or the fact they always leave enough grass untouched in their grazing areas to enable the fields to grow back even lusher and greener than they were before. He regards his flock with an endearing mix of amusement, fascination and respect, and he handily transmits these warm feelings towards the reader.

Though the sheep are his main priority, Lindén is also preoccupied with matters of much graver importance, like sustainability. Or rather, our lack of it. Many of his diary entries are dedicated to fears that the widespread plundering of the earth’s limited resources is catapulting us towards a terrifying place, and his frustration that few in power seem to care. Noting that much of the equipment necessary to run the farm requires fossil fuels, he comments how the sheep will still be there, long after all the machinery ceases to work. They might even outlast us.

On Sheep: Diary Of A Swedish Shepherd is a lovely read; humorous and thoughtful. Whilst it would benefit from an expanded page count, Lindén fills the space that he does have with warmth and insight.

On Sheep: Diary Of A Swedish Shepherd is published by Quercus on 20 September 2018