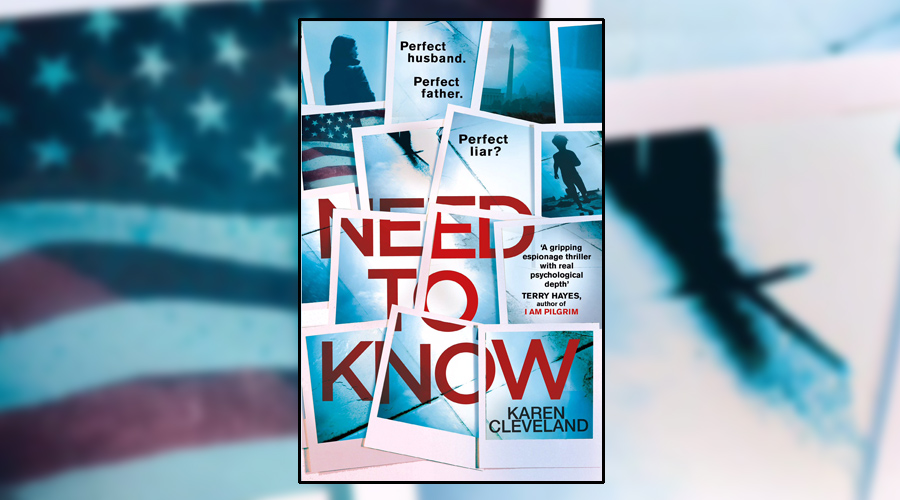 When a book is hailed as being ‘the most relentless thriller you will read all year’, there’s always that nagging fear that it won’t live up to the hype. Yet, two chapters into Karen Cleveland’s Need To Know and I knew this female-led domestic suspense story, with its complex themes of morality, obligation and family, was going to be every bit as exhilarating at the marketing campaign promised.

Vivian Miller is a loving wife and mother of four who works for the CIA as a counter-intelligence analyst. Her on-going assignment is to uncover Russian sleeper cells on American soil and she’s developed a system to help identify agents living in plain sight. After accessing the computer of a potential spy, Vivian stumbles upon a secret dossier that could get her that much-needed promotion. The file reveals headshots of five undercover Russian operatives – four are complete strangers; the fifth is that of her husband, Matt.

Reeling from her discovery, Vivian confronts Matt who confirms the worst; he’s been a Russian spy for twenty-two years and their entire marriage is essentially built on a lie. Vivian has two choices: she can turn her husband in (the right thing to do by her job and country) or she can cover up any trace of Matt’s existence in the dossier (risky but potentially the only way of keeping her family together). Threatened with blackmail and worse, Vivian is torn between loyalty and allegiances as she tries to figure out who to trust in the CIA, the FBI and in her own home.

From Bond to Bourne to Atomic Blonde, espionage stories are everywhere but Cleveland cleverly weaves her tale so that it’s less about the spy and all about the spy’s other half. What would you do if you found out your husband was an undercover operative gathering intel for another country? Vivian goes through a whole spectrum of emotions – shock, anger, fear, suspicion, betrayal, confusion, and above all else, distrust. How can she believe anything Matt tells her, even when he appears to be telling the truth? Does she even know the man she shares a bed with?

Focusing the story on a mother trying to protect her young family makes the stakes even higher. If it was just her life in danger, Vivian would probably turn her husband in and deal with the consequences, but she has her children to protect and they will always come first; above Matt, above the CIA, above everything. The tension is palpable, as Vivian continues to dig herself into a deeper hole that there seems no way of climbing out of.

When the novel was nearing its end and I thought it was all wrapped up a little too neatly, Cleveland expertly twisted the whole story on its head, paving the way for what could, and should, be an exciting sequel.

Cleverly plotted with intricate twists and intriguing characters, Need To Know is the kind of novel you can race through in a matter of days. With the news that action heroine Charlize Theron is set to produce and star in the film version, you absolutely must read the book first.