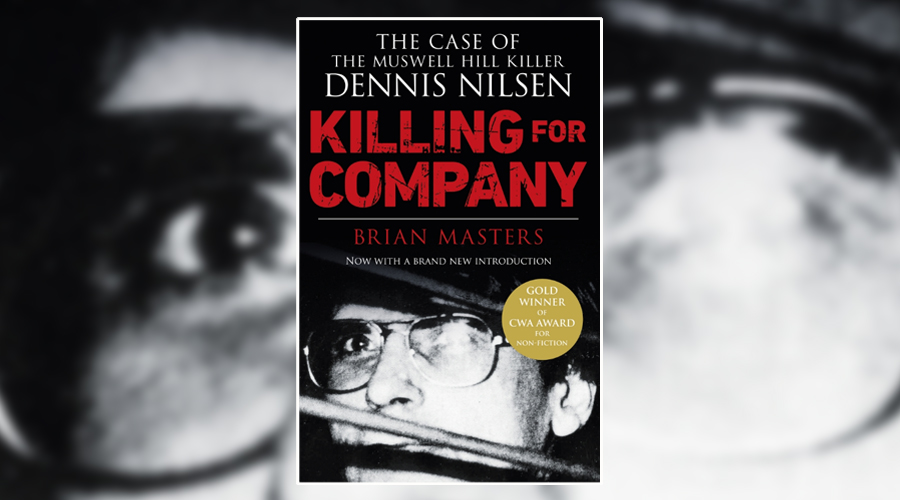 Brian Masters’ attempt to analyse the crimes and character of Dennis Nilsen is, ultimately, well-intentioned and impossible. He flashes back from Nilsen’s arrest to a narrative of his life until the day in February 1983 when he was taken by the police. We then go into what you can only call the technical details – methods of murder and disposal of corpses; remand, trial, verdict and sentence.

Killing for Company was first published in 1984, the year after Nilsen confessed to the murders of fifteen men following the discovery of human flesh in his drains. He was – as you would expect – a national hate figure. The dilemma for any commentator on the case is this: how do you analyse objectively the extremes of depravity? Masters was unfairly criticised for being sympathetic towards Nilsen. The aim to understand can – and was – twisted into an attempt to excuse. But some events defy description in all but the most minimal technical language. Masters points out that words like monster or evil are meaningless; these are occult words. The value in examination of a case like this is clinical – what made an unremarkable man strangle strangers sleeping beside him? What detectable traits might allow such a destructive personality to be intercepted? The benefit of analysis is medical rather than moral.

The final part of Killing for Company deals with a systematic description of Nilsen’s necrophilia, where love is intimately entwined with the concept of death, and this is probably the most informative and interesting chapter, but… perhaps all it does is provide some sense of logic. The alternative, to believe that an “ordinary” man could be capable of such arbitrary cruelty, may be so morally chaotic that we reject it; hence the tendency to use the blanket of meaningless language. By labelling a human being as “evil” we avoid the discomfort of accepting that some “normal” people are capable of anything. Perhaps under the wrong circumstances a lot of us are.

The inadequacy of language extends to Nilsen’s frequently prosaic descriptions of murder, dismemberment and disposal of corpses that had, in some cases, been hidden for long periods. These are gruesome. You have the impression that while Nilsen shows no pleasure in recalling his crimes, he has a certain pride in his ability to describe them so dispassionately. Nilsen’s defence was that, at the time of each murder, he was subject to a mental abnormality that obliterated responsibility. The trial then hinged around psychiatric opinion; the jury chose to disbelieve Nilsen’s case, and consequently he’ll be in prison until he dies.

Brian Masters is too intelligent a writer for the type of bloody sensationalism that sells by the skip-full, but Killing for Company falls between two stools – neither murder as titillation nor, however it tries, a sober and amoral psychiatric evaluation for a lay audience. It’s not an enjoyable read, but it’s as informative and clear headed as it ever could be.

Killing for Company was published by Arrow on 24 August 2017