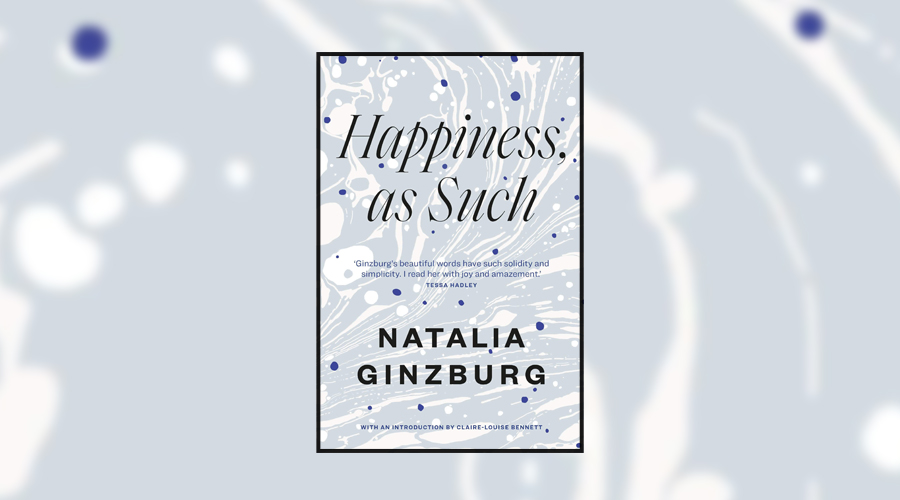 Michele has gone missing. His father is dying. His mother is frantic. His sisters are fatigued. And there’s a woman on their doorstep with a baby who might be his. Through the letters they send to each other, Happiness, As Such follows this family in their time of crisis, as they do their best to support one another without making anything worse.

Happiness, As Such plunges you straight into the middle of the drama, and it takes a little while to catch up, which can be frustrating. They are a big family, with a complex web of relationships, and it isn’t until almost halfway through the novel that you get a proper idea of how they all link together. Making matters even more complicated is the fact that most of the chapters take the form of letters, and so it is only at the end where it is announced who has been speaking – of course, you can usually figure it out before then, but it does add to the general confusion. This is a book that is unafraid to make you work.

Once you have a handle on who’s who and what’s what, Happiness, As Such becomes rather absorbing. There’s a Raymond Carver-esque plainspokenness to Italian author Natalia Ginzburg’s prose – ably translated by Minna Zallman Proctor – which is both effective and often very funny. No one in this family minces words, particularly the women. Adriana, the matriarch, is never shy of guilt-tripping any of her children, or letting them know just how much they have disappointed her. The others don’t hold this against her; everyone understands that her neediness is born from unresolved grief and enforced solitude. Mara – the woman who may or may not have had Michele’s baby – is a figure who is less easy to like; always harsh in her judgement of even those who have gone out of their way to help her. She too, though, manages to inspire Ginzburg’s compassion – it’s tough to be alone with a baby and unsure where you’ll be sleeping the next night. However rude or abrasive or brash these characters are, no one is unworthy of our sympathy. Ginzburg’s writing is full of both bluntness and warmth, and that proves a beguiling mix.

Another side effect of the book’s epistolary nature is that the family remain somewhat enigmatic. This is true mostly of Michele, who proves impossible to pin down. He is the most unreliable correspondent; compared to the others his letters are short and infrequent, heavy with words unsaid. We never get to know him, but somehow that makes him feel more real. His inscrutability is an acknowledgment from Ginzburg that people have so much to them, and only a fraction is visible from the outside looking in.

Happiness, As Such gives us a family who love each other, but don’t know each other. Not really. You can’t fully know a person in all their complexity, and yet there’s something moving about the way this book charts these characters’ attempts to try. It’s moving, and very human.

Happiness, As Such is published by Daunt Books on 17 October 2019