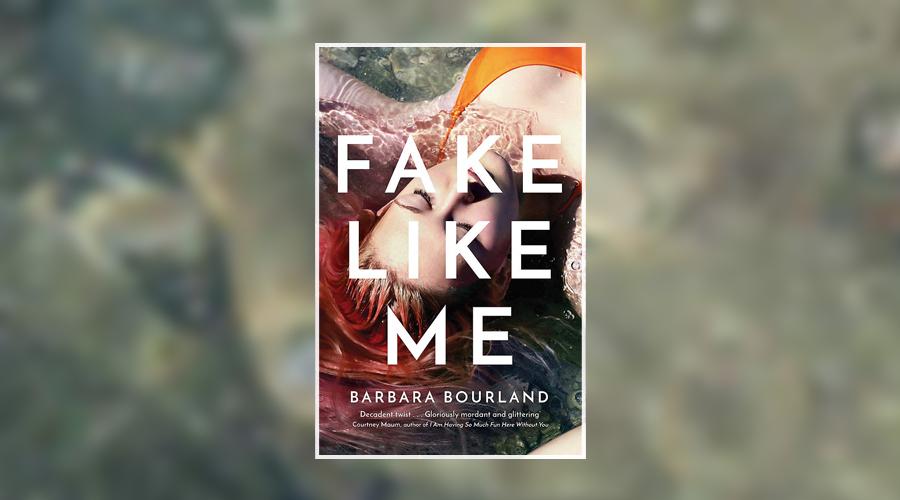 We never learn her name. When we meet the heroine of Fake Like Me, she is a struggling artist in awe of the notorious Pine City collective, Carey Logan being her particular idol. Years later, Carey has committed suicide, and our protagonist’s career is on the rise. When her apartment burns down, with the new series of paintings she was working on inside, she heads to the Pine City complex in order to recreate them. Rubbing shoulders with the artists she has admired since her teens, she learns that the tale she’d been told of Carey’s suicide may not have been entirely accurate…

One major issue with Barbara Bourland’s Fake Like Me is that it involves too much inside baseball. The novel is intimately concerned with the minutiae of the art world, and there’s nothing wrong with that in itself. But there’s an assumption there that the reader shares in that knowledge. For the novice, long passages detailing the intricate process of creating the paintings are confusing, with few of the many technical terms explained. Whatever the reader’s level of expertise, these passages come up too regularly and are rather dull. Although the scope of Bourland’s research is impressive, it’s a shame she’s not able to translate it into something compelling.

Her novel is a lot more successful when it comes to character. While we aren’t told the name of the protagonist, she is still a well-realised creation; her backwater past, her naked ambition, her adulation of Carey Logan. The most noteworthy relationship in the book is not the one she shares with Pine City boyfriend Tyler, but with Max, a wealthy photographer living in an enormous house by the complex, who has known our protagonist since they were kids. Their friendship is a complex beast, rife with jealousy, resentments and insecurities. It’s not often clear whether they even like each other, and that ambiguity makes it all the more interesting.

The central mystery of Fake Like Me – what on earth happened to Carey Logan – is a bit of a mixed bag. In some chapters, Bourland is able to make it intriguing. The whole set-up with the artistic collective, who are entangled both professionally and sexually, does inspire curiosity, as does the seemingly unwarranted venom that is directed by them at our protagonist. Something has clearly happened, and you want to know what it is.

Then the answer is withheld for too long. The mystery keeps on and on, and eventually it becomes clear that discovering the fate of Carey Logan is not going to have been worth all that build up. And it isn’t. The final revelation is a big anti-climax. If there had been more to Fake Like Me – more of a message, more puzzles, more relationships as richly drawn as the one between Max and the protagonist – then it wouldn’t be such a let-down. When the whole novel has been leading up to one big reveal, however, then that reveal being so underwhelming is a serious problem.

Though Fake Like Me has plenty of bright spots, good characterisation and a healthy dollop of intrigue, it’s ultimately too caught up in artistic technicalities and a disappointing mystery to leave much of an impact.