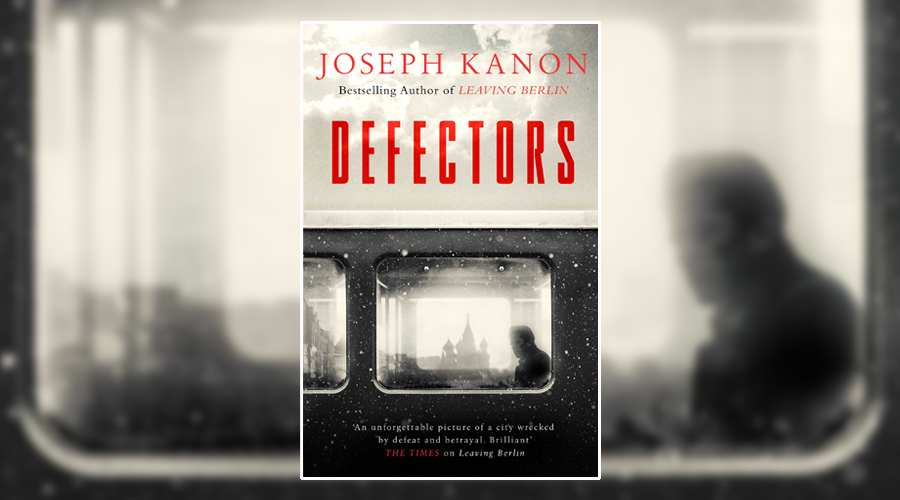 Book Review: There Are No Overachievers by Brian Biro

With all the summer thrillers, romances and whodunnits inevitably about to make their way onto summer reading lists everywhere, it would be very easy to dismiss the Moscow-set espionage novel Defectors by Joseph Kanon as a little too heavy-going. In doing so, however, you’d also be denying yourself the chance to delve deep into the uniquely thrilling world Kanon has created, where the reality of the Cold War between Russia and America has turned brother against brother, people against their countries, and no one can be trusted.

Opening in Moscow in 1961, Defectors follows publisher Simon Weeks as he is flown out to Moscow to help his brother Frank, a former CIA agent whose defection to Russia in the early 50s shook Washington to its core, work on his memoirs. Simon plans to use the opportunity to find out the truth about why Frank chose to betray his country, but in the Soviet Union you’re under constant surveillance, and it’s not long before Simon finds himself deeper into the game of spies than he ever imagined he would be.

From the first chapter alone, you’re already immersed into a claustrophobic world with an intriguing web of connections and without the slightest idea who, if anyone, you can trust. Every character could have a double motive, every character could know more than they’re letting on, and Kanon does an excellent job of creating a palpable sense of being watched and monitored, while everything that’s said is being dissected, analysed, filed away for future use. It’s an uncomfortable start for what turns out to be a novel that constantly leaves you on edge; like Simon, it’s difficult to let yourself relax as this novel begins, and it’s a feeling that does not let up as the story plays out, allegiances are formed and deals are made.

“And then he was doing it, talking to Boris and munching on sandwiches as if nothing had been said on the walk, the secret there, his skin warm with it, but unseen. Every look now, every sentence a kind of lie. Without even saying yes, he had become Frank, being careful, hiding in plain sight.”

Kanon’s characters are wonderfully distinct, and the distance between Simon and Frank is played out well both in the beginning of the novel when they meet, essentially as strangers, in Russia for the first time in decades, and as their relationship grows more and more mistrustful the longer Simon spends in the Soviet Union. There were a couple of thrown away elements I’d have liked to see given a bit more weight – Simon’s history with Frank’s wife Joanna, for example, or Frank’s relationship with the KGB agents – but mostly the main quartet of characters was strong enough to hold together the suspicious ties pulling the plot together.

Where this novel lets itself down though, and disappointingly so for one with such tightly-plotted ties between characters, is its pacing, bogged down as it is with drawn-out exchanges of dialogue. Anything from drinks at the bar to being hunched over a desk editing can be turned into pages of back-and-forths between characters about anything from the Service to where Frank’s wife Jo should get her hair done, and Defectors could have benefitted from leaning more on the show and not the tell of it all. The pacing is particularly disruptive in the final third of the novel; as everything reaches a head, the tensions that have been brewing since the beginning build into a frenzy which, frustratingly, is lost when it’s struck down with an unexpected, but abrupt ending.

Even so, Defectors is strikingly different to any other book out there at the moment, swapping scare-thrills for a slow-build of psychological tension and deconstructing the ties that bind people, places and things together. Yes, it’s a bit of a slow-build and sometimes the narrative is too jarring to really allow the reader to completely immerse themselves in the novel, but once you’re into it it’s a gripping read nonetheless – and one that will no doubt have you looking over your shoulder every now and then too.

Defectors is published by Simon & Schuster on 1 June 2017

After the Storm Review

Book Review: There Are No Overachievers by Brian Biro