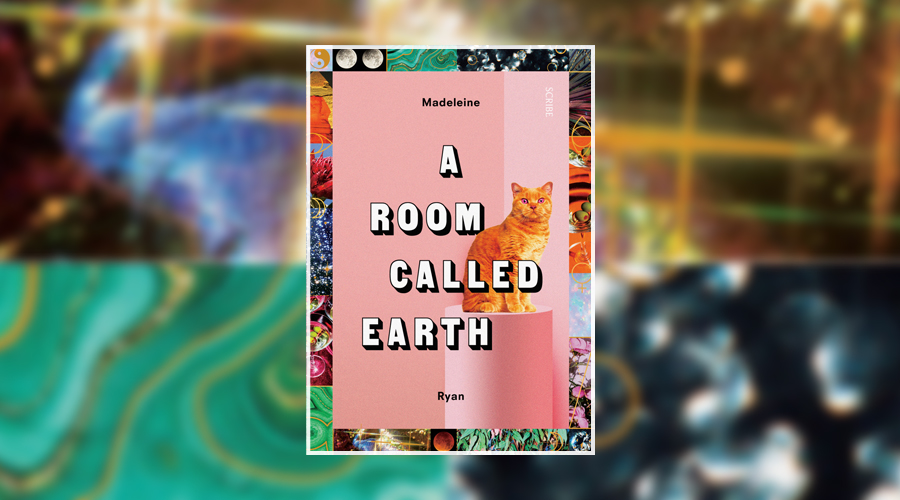 In A Room Called Earth, the debut novel from Australian writer Madeleine Ryan, we are shown the world through the eyes of an unusual woman (we never learn her name). Plunging us into her rich inner life, we’re right beside her as she heads to a party, falls for a man, and takes him back to her house, making a series of offbeat and astute observations along the way.

Ryan discovered that she had autism whilst she was writing her first book, and though she never explicitly states that the protagonist shares her diagnosis, it would be fair to describe her as neuroatypical. The strength of A Room Called Earth is the space it gives her to share what life looks like from her perspective, and she covers a wealth of topics as divergent as indigenous rights, self-care, rape culture, Melbourne’s ecology, white privilege, Shakespeare and electronic music. While much of what she says isn’t original, she has an eloquent and often bracingly frank manner of expressing her opinions. Sometimes the book reads more like an essay collection than a novel, which is not necessarily a bad thing.

The main problem – or one of them, anyway – is that all too often the narrator’s neuroatypicality is conveyed purely through judgementalism. When she’s at the party, most of her inner monologue is comprised of her observing her fellow revellers with a scathing eye. She presents them as frivolous nincompoops, and can’t seem to comprehend that they are also worthwhile people with inner lives of their own. She does at least show some self-awareness as to how her attitude towards other people can appear, but that always comes with a sense of superiority – at one point she says, ‘A scientist doesn’t judge the organisms in a petri dish’, positing herself as the sole fully-formed person in the scenario, and everyone else as a single-celled simpleton.

Early on, the narrator talks about her tendency to over-analyse everything, even going so far as to state that if she were stabbed, her first thoughts would be, ‘I wonder what’s driven them to this, and what I represent to them, and what they must be going through to have taken such a drastic action?’.  That implies an actual interest in other people that just isn’t reflected in the rest of the book.

Of course, of course, a protagonist doesn’t need to be likeable for a novel to be enjoyable. If they aren’t, however, it helps if there’s another element to the book that’s worth investing in. There too, A Room Called Earth falls short. There are no other noteworthy characters (it’s difficult to see why the protagonist finds the man she meets so fascinating). There isn’t a plot – all that happens is that she goes to a party and then brings a man home. That’s the entirety of the narrative. While you don’t need to like her, your enjoyment of the novel is still entirely dependent on you finding the narrator an interesting character. If you don’t – or if you do, but only sporadically – there’s very little for you here.