Much like the never-ending debate surrounding the merit of young adult fiction, TV series about teens can often fail to get the kind of respect and attention they deserve. Over the years there have been breakout hits in shows like Pretty Little Liars or Riverdale, shows that gain notoriety, like 13 Reasons Why, and even the shows built around something else, but whose characters happen to be of high school age, like Buffy the Vampire Slayer, or Chilling Adventures of Sabrina – but, for the most part, teen dramas can often be belittled, dismissed or shrugged off by those beyond their target demographic.

Netflix’s On My Block is one such overlooked series. It premiered quietly on the streaming service in March 2018 and was just as quietly renewed for a second season a month later, but it took nearly a year after that for me to actually sit down and start watching the series. It only took the series’ first episode to prove to me that I was wrong to have put it off for so long.

Set in a rough inner-city Los Angeles neighbourhood, On My Block centres on four life-long friends – Monse (Sierra Capri), Ruby (Jason Genao), Jamal (Brett Gray) and Cesar (Diego Tinoco) – who find their friendship being tested as they begin high school and navigate their changing relationships, future hopes and ambitions and their own interests and desires. As far as coming-of-age stories go, it’s pretty typical, but unlike many of the series listed above, On My Block tells its story through the eyes of minorities in an underprivileged area, shining a light on the experiences of the multitudes of people who are underrepresented in media.

In amongst these four teens facing the universal pressures of defying parental expectation, beginning to date and questioning what you want from a relationship, navigating the social politics of school dances and the rest, they’re also growing up alongside gangs, turf wars and criminal activity – to the point where they turn guessing which gun a shot was fired from into a game, while a later episode sees the block put under police lockdown. The gang subplot also paves the way for the series’ more unexpected storyline as Jamal sets out to find the RollerWorld heist money that some of the original Santos stole and then hid in the neighbourhood in the ‘80s. At first, it just seems like a local legend, but as the series continues, Jamal’s treasure hunt becomes a hope they all share, and a way out of the block when they need it most. 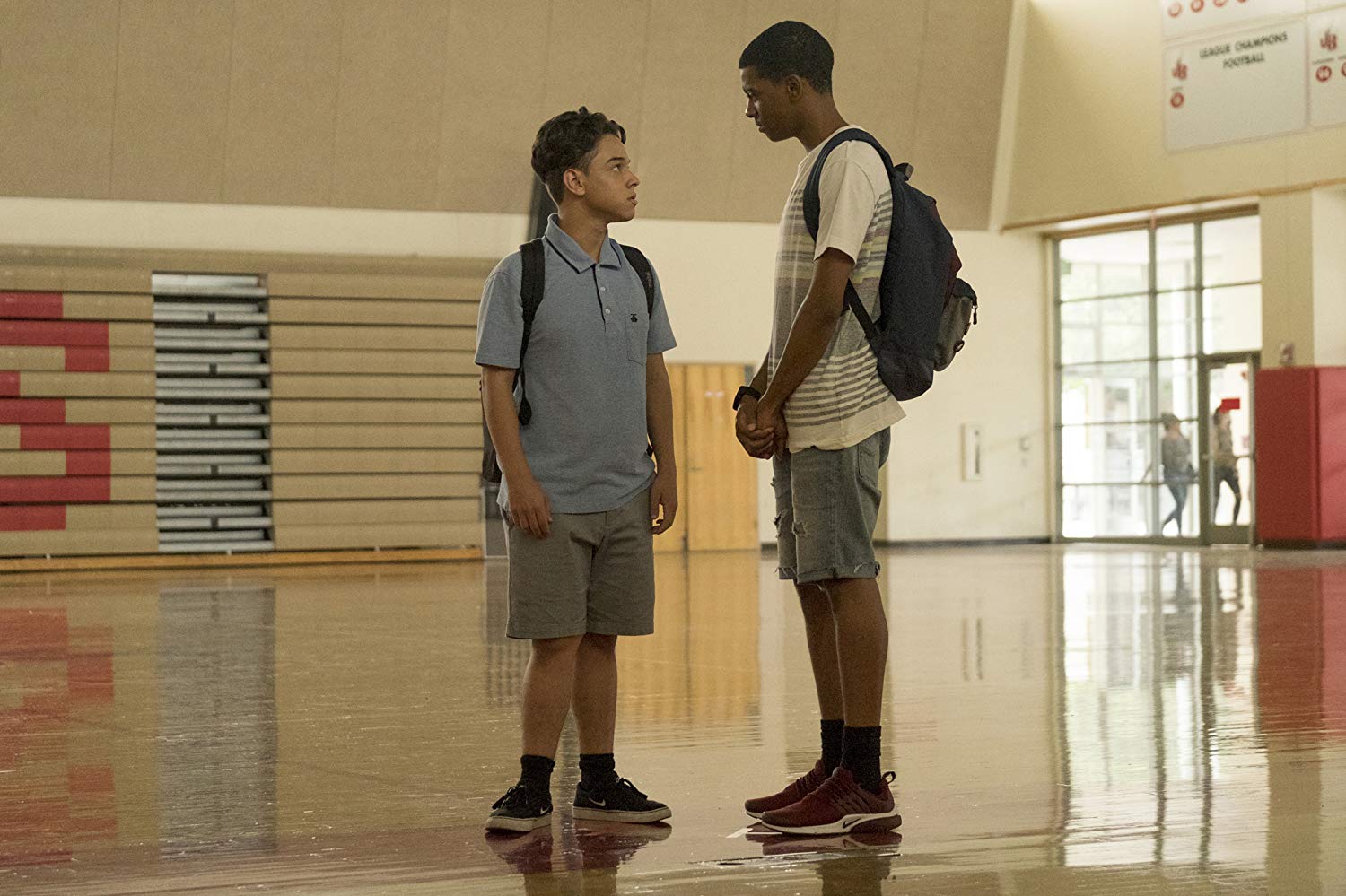 Far from being a series that you can go into knowing exactly what to expect, then, On My Block offers another much-needed perspective to the TV landscape, and it’s a series that has a lot of confidence in the story it’s telling. Each and every one of the series’ 10 episodes is well-written and well-acted with a perfectly-curated soundtrack. While Monse and Cesar’s electric dynamic is often a driving force of the narrative – as the pair try to balance their feelings for each other, their desire to keep the friendship group intact and the dangers involved in Cesar’s increasing ties to the Santos gang – there’s no doubt that the success of this series is a group effort. Each character is given their time to shine and their various plotlines deftly balance humour and heartache, melodrama and the everyday so that no episode, character or storyline ever feels unfairly weighted as the series builds towards a gut-punch of a final episode that’s as inevitable as it is unexpected.

With as much content as it has on offer, Netflix hasn’t always been entirely fair to some of its series, with shows like Everything Sucks! and, more recently, One Day at a Time, being cancelled in their prime, despite their enduring popularity. Fortunately, On My Block is still in the running, and could be for a long time thanks to the wealth of material it has to explore. At its heart, On My Block is about friendship, but it’s also a timely exploration of social issues, growing up and the community you live in, and it embraces all of the flaws of every aspect of life, as well as making sure to enjoy the good parts too.

It’s a remarkable, brilliant and utterly compelling series that is screaming to be binge-watched – and it’s most definitely a show that proves that coming-of-age dramas are not just designed to be enjoyed by teens.