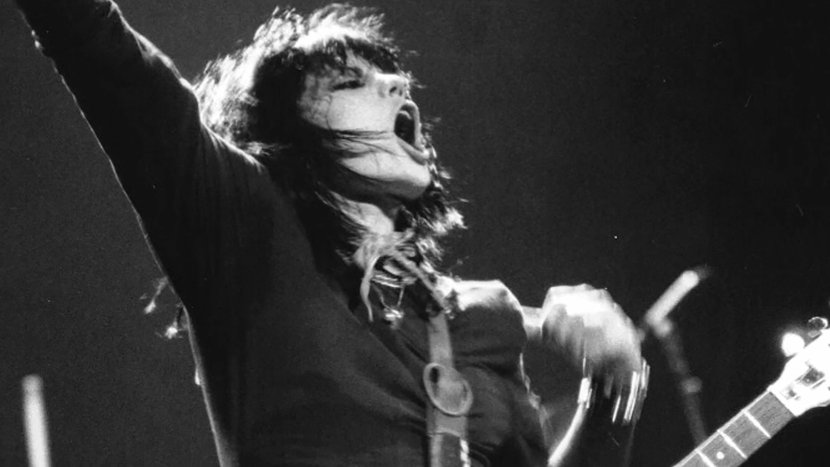 Bad Reputation tracks the career of Joan Jett, formerly of The Runaways and The Blackhearts, from the gift of a guitar one Xmas as a child, through the formation of The Runaways after a chance meeting in 1975 with drummer Sandy West in Rodney Bingenheimer’s English Disco (a hang out for glam rock fans and sexual outsiders in LA), through to her solo career in the early 80’s and her current status as a major influence on a couple of generations of female rock musicians.

After four years together, The Runaways split – in part, according to the movie, because of tensions caused by the crassly sexualised marketing of the band. All the members were teenage girls with an attitude, and a soft porn photo shoot of lead singer Cherie Currie while the band were touring Japan appears to have been the straw that broke the camel’s back. Who would have thought the music industry could be so cynical when it came to exploiting young women? One article about the band at the time was headlined “The Runaways: Lissome Lolitas or Teenage Trash?” After all, they had to be one or the other, whatever either of those things actually mean.

Joan Jett rightly took herself seriously as a musician, and one has the impression that by the time the band split she was thoroughly disillusioned by the music business. Despite that, she obviously still had her drive and enthusiasm for writing and performing. After some work with Steve Jones and Paul Cook of the Sex Pistols in England, followed by an extended Lost Weekend of hitting the bottle back in LA, she placed an ad in LA Weekly for “three good men”, the logic being that another all girl band would be seen as no more than a rehash of The Runaways

And the rest, as they say, is history. Joan Jett became a superstar without, it seems, becoming jaded or with any excessive artistic or personal compromise. 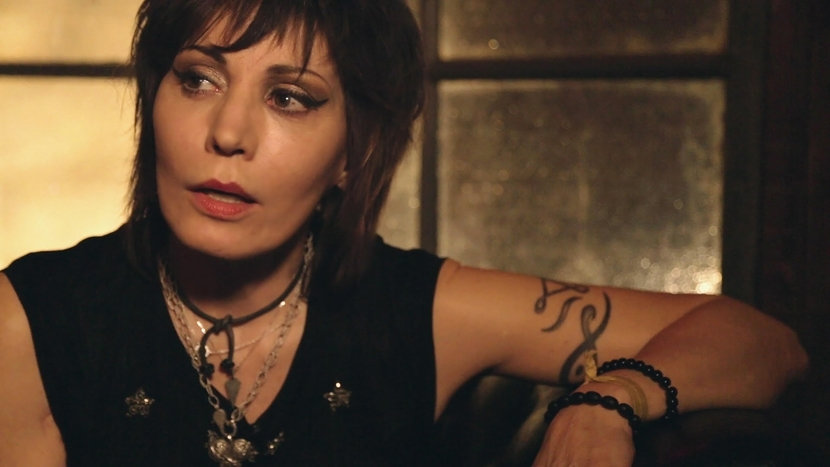 So much for the details of her story. The film is told in a chronologically linear form, with contributions from people like Debbie Harry, Miley Cyrus, Michael J. Fox, Kathleen Hanna and Billie Joe Armstrong. Joan Jett is clearly a tough, smart person with an interesting story, but the film would have benefited from more focus. For example, if the film had been built around the intriguing relationship between Jett and Steve Laguna, her producer, collaborator and best friend since 1980 or so, the audience would probably get the factual story around her career as a background to a more intimate examination of Jett’s personality; and at times the film gets uncomfortably close to hagiography. Talented and inspirational she may be well be, but you have the impression that while she’s very articulate and apparently frank, there’s something rather controlled and guarded about her public face. Yet Kevin Kerslake’s Bad Reputation doesn’t really even try to get behind that.

Watching Bad Reputation is an interesting way to spend ninety minutes or so, but you can’t help feeling that it could have been a much better film than it is – if only it hadn’t spread itself so thinly.