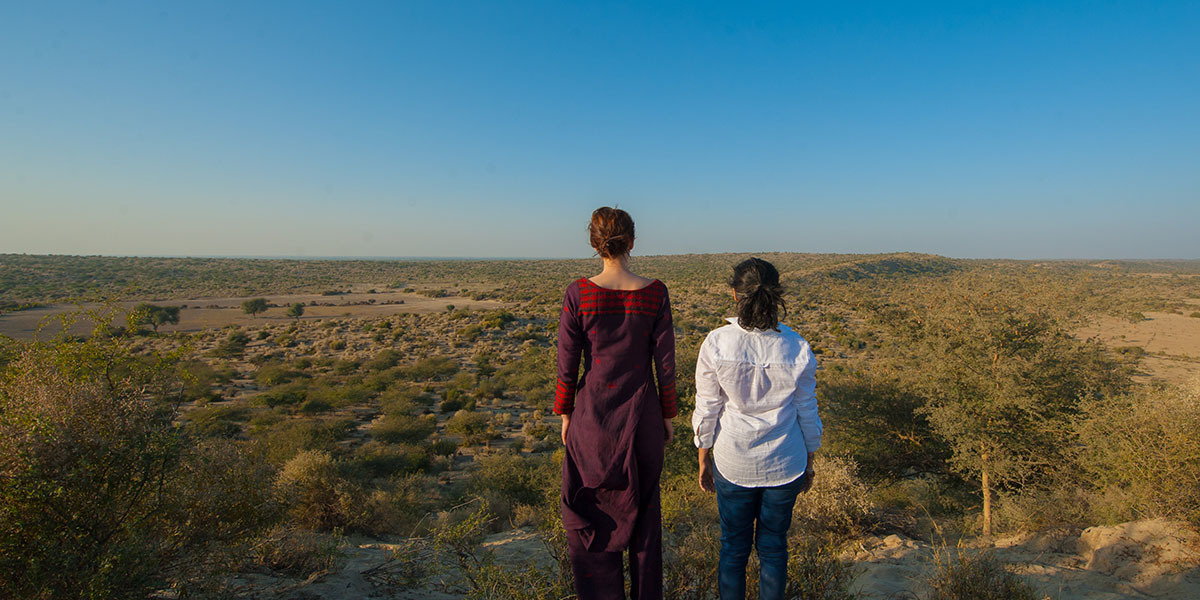 A tree in Mumbai is covered with religious paraphernalia: a picture of Jesus; a wooden carving of Shiva; a small drawing of Buddha. It is a normal tree and tourists walk past it without a second glance. But, it might be one of the most important trees in India, a tree that shows the past, present and future some Indians are fighting for and others are fighting against; an India of tolerance where people of different castes and religions can live side by side without prejudice. It is this conflict Azmaish: A Journey Through the Subcontinent throws itself into with astonishingly powerful results.

The documentary’s successes fall at the feet of director and co-presenter Sabiha Sumar. She articulates an extremely complex situation with clarity and efficiency, fitting her journey from Pakistan to India and back to Pakistan into a tight 90 minutes. Both countries are trying to survive in contradictions. Pakistan is striving to be a secular society while maintaining feudalism, and India is attempting religious parity, as the right-wing Bharatiya Janata Party (BJP) isn’t disguising its Hindu-nationalist agenda.

These contradictions create a conflict Sumar, and co-presenter Kalki Koechlin, exploit with probing questions. During early scenes where Sumar meets Pakistan’s ruling elites, she asks uncomfortable questions about how the country’s religious policy possibly leads to extremism. Even though these scenes are important for the documentary’s objectivity, watching rich people show off their Rolls Royces isn’t particularly interesting, and it feels as if the first twenty minutes have bungled the introduction.

Fortunately, once the film moves into India, the issues become thornier and the location more vibrant. The contradictions become clear on the ground level with a quick vox pop at the Holi Festival, where the interviewees are splashed with colour, establishing the main dividing points. Religion isn’t as important to the younger middle-class Indians, who don’t divide the world by religion. If you want to get drunk with them, you can. Then, the switch to a group of older Indians on a train who remember colonial rule and 1947’s Partition, establishes why a religious divide exists. 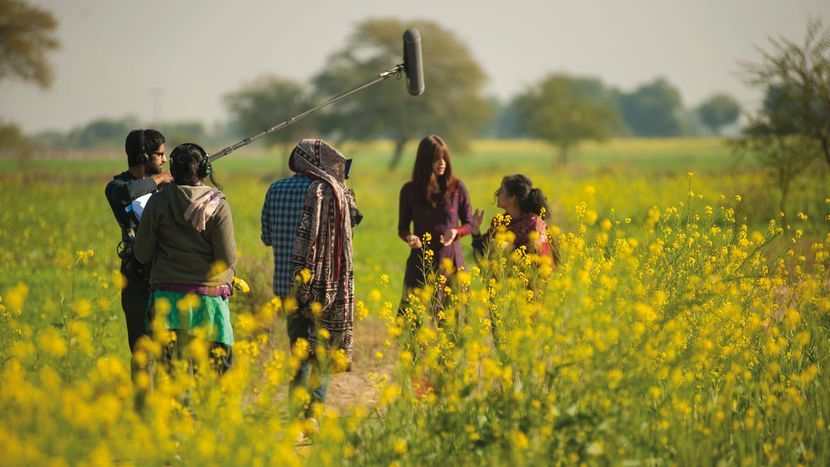 Legacy is a major theme unearthed during Sumar and Koechlin’s journey. The impact of past events from colonialism and the Soviet-Afghan war has devastated Pakistan, and Azmaish isn’t afraid of pointing the finger. It forces you to examine your ancestor’s actions. Do you view the British Empire as successful or poisonous? The crimes of colonisation have haunted generations of Indians and Pakistanis, and Sumar allows the link between the empire and extremism to root in your brain with exquisite storytelling. There is no definite answer, what you make of it will depend on how you approach the material.

While the pair interview the right people and get interesting answers (“Keeping a long beard doesn’t make you a better Muslim”), their interactions encapsulate everything special about this documentary. Watching them talk about their experiences over a glass of wine is more evocative than the “party-line” quotes from officials. Their dynamic clearly articulates possible futures for both countries and distills the choices people in India are making today. Koechlin personifies the optimism of youth and Sumar the jadedness of age. Koechlin can’t bring herself to believe India will segregate its population by religion even though the BJP and the Rashtriya Swayamsevak Sangh (RSS), sort of a Hindi Britain First, are setting this in motion. And Sumar, who has lived through the impact of similar decisions in Pakistan, cannot see another result because of her life as a Pakistani woman. Their conflict distills the difficult situation the Indian subcontinent is facing, and is a key ingredient in the documentary’s success.

The situation is so complex, Sumar isn’t able to cover everything. In the wake of India’s recent rape scandals, it’s disappointing the documentary only briefly touches on woman’s rights, but the short visit to the laughing group, a bunch of women who get together to laugh, is a joyous five minutes of film, and it’s a shame this otherwise engaging documentary couldn’t spend more time with them.

Super Thursday: Your guide to the best of the Big New Books