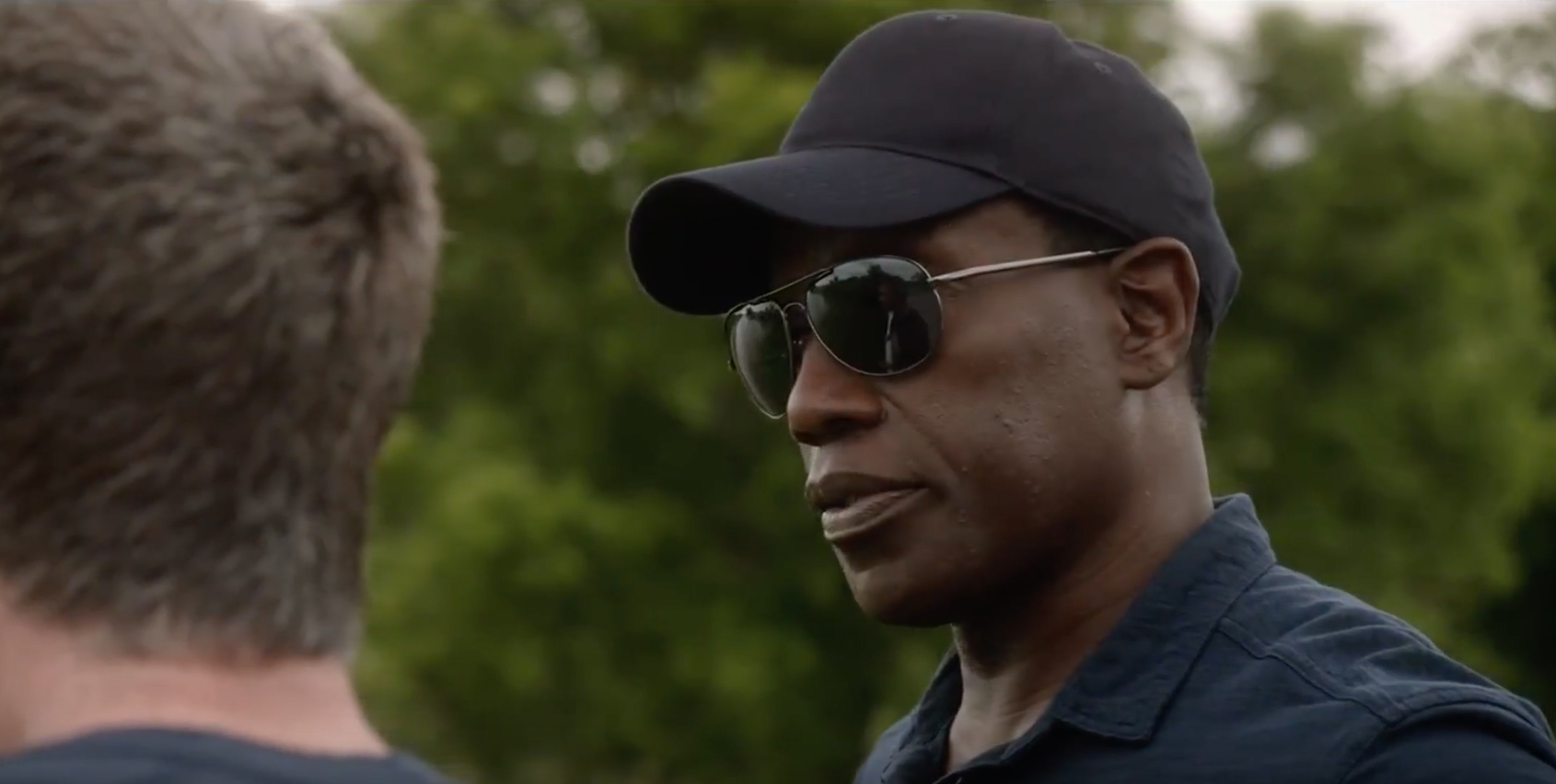 Wesley Snipes. There’s a name that featured in many of my favourite movies growing up. From action films like Demolition Man to comedies such as White Men Can’t Jump it was clear that Snipes was eager to carve his name into the industry alongside Stallone, Schwarzenegger and all those guys. Arguably his most memorable role is the leading character in the Blade franchise, making successful Marvel movies before they were really cool. And then came the years in jail from 2010-2013 for tax related reasons, something he’s seemingly struggled to come back from since.

With a cancelled TV show and an Amazon Studios movie, Snipes has hardly set the world on fire since his industry comeback. His latest venture Armed Response is a collaboration between WWE Studios and Gene Simmons of all people. Sounds like a match made in heaven right? Well, not quite. Snipes was probably happy to have any potential project come up at this point in his career and it’s not like Armed Response is a terrible idea on paper. With a cast made up of decent talent such as Anne Heche and Dave Annable it’s not like it should be that bad. Even WWE superstar Seth Rollins has a semi decent part. All things considered you’ll probably go into watching the movie with fairly low expectations and yet somehow it still struggles to even meet those.

The premise starts off fairly simple. A team of operatives find themselves locked in a building where one by one they seem to be picked off. No one knows why or by who. It’s a nice murder mystery of sorts. Snipes plays Isaac who leads the charge to get in touch with those that have disappeared and rescue them. He enlists the help of Gabriel (Annable) who has a special past relationship with the building they were last seen in. He invented the technology that drives it and so is integral to getting Isaac and the rest of his team in there. With Riley (Heche), Brett (Rollins) and others in tow, Isaac and Gabriel manage to get into the dark and mysterious building where their investigations begin. 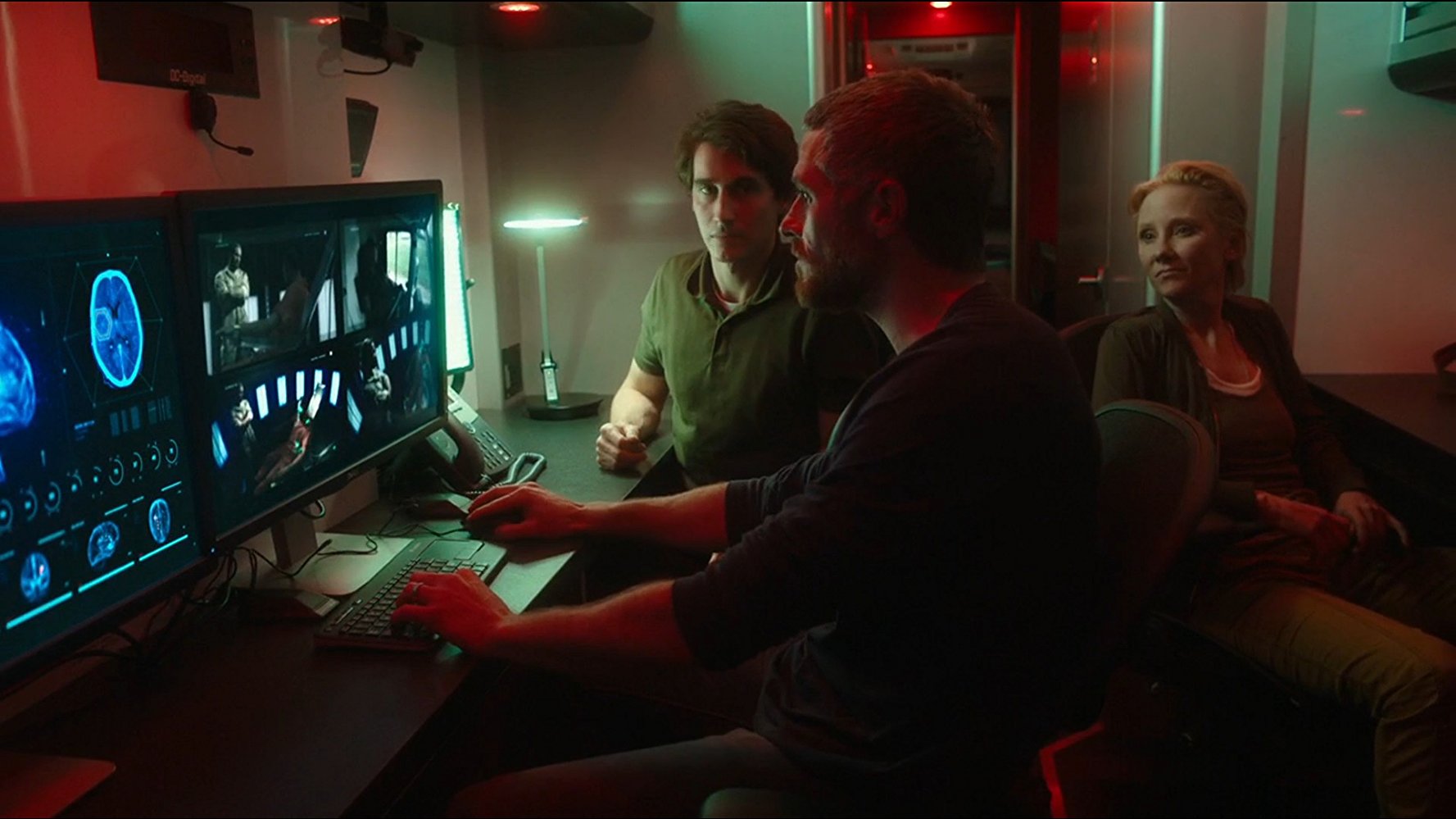 Armed Response is an action horror that builds up a decent amount of suspense but is fairly predictable with a lot of jump scares and a general storyline that borrows from plenty we’ve seen before. The artificial intelligence within the compound causes problems, Gabriel tries to fix it but things don’t exactly go smoothly. It’s not even that Armed Response is a bad movie per se, it’s just a little lazy. It doesn’t offer anything new, it underutilises the talent it has on board and it’s difficult to care about any of them. There’s a flimsy attempt at a backstory for Annable’s character involving losing his daughter but it’s never fully realised, while the others are pretty one-dimensional. Rollins almost plays his cocky heel wrestling persona just with a few less moves. Heche really deserves better and Snipes doesn’t get much to do at all. 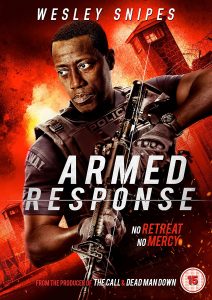 The Temple, as it’s known, is the real set piece of the movie and the driving force behind everything. It’s an interesting enough idea but again not something that hasn’t been presented in a much stronger fashion in better movies over the years. With a film like Armed Response it either has to be fun because it’s good or because it knows how bad it is and just ends up being enjoyably cheesy. This doesn’t reach either end of the spectrum, instead suffering in that horribly forgettable middle ground where you just end up wishing for your time back at the end. So go and revisit Snipes’ glory days or some of Heche’s better work, or even Rollins kicking some behind in a WWE ring. All of which are far more entertaining than anything you’ll find here. A real misfire overall.

Armed Response is available on DVD and digital platforms from 16 October 2017, courtesy of Signature Entertainment