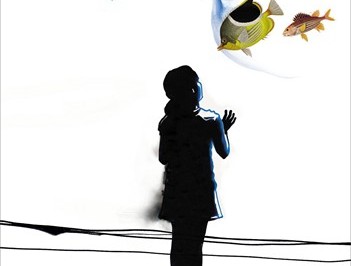 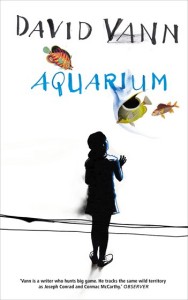 Relentless, heartbreaking and primal are the words used by the publishers to describe Aquarium by David Vann and while I’m not sold on the idea of this book being heartbreaking, I can say with certainty that it is undeniably relentless.

Aquarium tells the story of Caitlin, a twelve-year-old girl from a fractured home who visits the local aquarium every day after school and takes solace in the escapism of it all. After befriending an elderly man who also visits the tanks and is as enthralled by the world under the sea as she is, Caitlin inadvertently stumbles onto her mother’s dark past and uncovers a decades-old secret that has a lasting impact on her already-fragile family dynamic.

In a nutshell, this is a novel about parents and how the choices they make can shape you, but not necessarily define you. “Parents are gods,” the reader is told. “They make us and they destroy us. They warp the world and remake it in their own shape, and that’s the world we know forever after. It’s the only world.”

Coming-of-age stories are by no means a rarity in the literary universe, but never before have I encountered one that was as raw and uncomfortable as this one. The narrative voice was physically difficult to read at times, and not just for the stylistic choices of the author – not using quotation marks in speech feels unnecessary to me, whatever your choices for doing so it just ends up as a confusing conflict of voices.

Caitlin is unable to find a stable voice throughout the novel. At 12, she is both a lost child and an adolescent trying to grow up too fast, and I think a large part of that is to do with her relationship with her mother which is distant at the best of times. For a number of reasons, Caitlin is kept naive of her mother’s past while also being forced to be independent and her mother jumps to extreme measures when she decides that Caitlin needs to grow up a little bit quicker. Sheri is abusive, manipulative and just plain nasty as she takes out years of pent up aggression and anger on Caitlin, whose relentless desire to belong and find love through whatever means is understandable, even admirable, under the circumstances.

In a way, I suppose this is an extension of the idea of an aquarium – each of us exists within our own externally-constructed world, ostensibly based on the values and behaviours that our parents taught us, Just as fish in the aquarium are grouped by species and environmental needs, the only way we know how to live is in the world our parents have created for us but that doesn’t necessarily mean it is the only option.

There are times when the prose in this novel is genuinely thought-provoking, and the illustrations of the fish Caitlin describes are fantastic visual aids when trying to process how and why species adapt to belong to a specific place in the way Caitlin searches to find a home that fits her. Mostly, however, I found that Aquarium was just frustrating to make sense of, uncomfortable to experience and difficult to process.