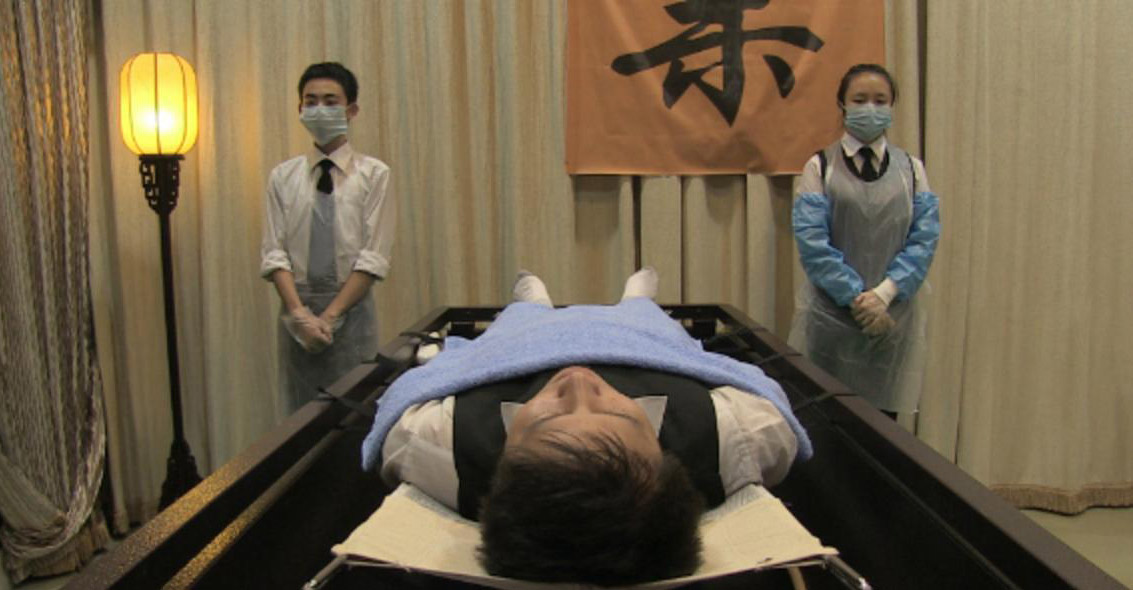 In China, jobs are scarce for young people. Some must take employment hundreds of miles from home, even if they don’t have any interest in the field. That’s why seventeen-year-old Ying Ling finds herself working as a trainee in a mortuary, despite her fear of dead bodies. Her time at the mortuary is made less miserable by Jin Hua, another trainee with whom she has a playful relationship. So Ying Ling spends her days in the most bizarre of circumstances; preparing corpses and flirting.

Almost Heaven, Carol Salter’s debut, is an unassuming documentary. It lasts a little over an hour. Much of it is spent watching Ying Ling do simple, quotidian things: watering plants, phoning home, eating at a fast-food restaurant with Jin Hua. And of course, dealing with the dead.

It’s this juxtaposition that gives Almost Heaven much of its strange charm. Asked to picture an undertaker, most would envisage someone middle-aged or older, probably male, and with a sombre disposition. Certainly not a teenage girl who’s flirting with another undertaker. Yet in the scenes when she’s addressing grieving families, Ying Ling is always respectful. Sometimes Salter focuses on her face whilst a distraught relative howls in the background, and it makes you so curious to know what she is thinking.

All we can do is guess. Salter’s film is free of many standard documentary practices; there are no voiceovers, pieces to camera or talking heads. What little context we’re given is delivered in a solitary title card before the opening credits. This can be frustrating, especially with so much in the film to inspire curiosity. On the whole though, it’s a good thing. The lack of any distraction makes it easy to get caught up in Ying Ling’s world, in all of its morbid, amusing contradictions. 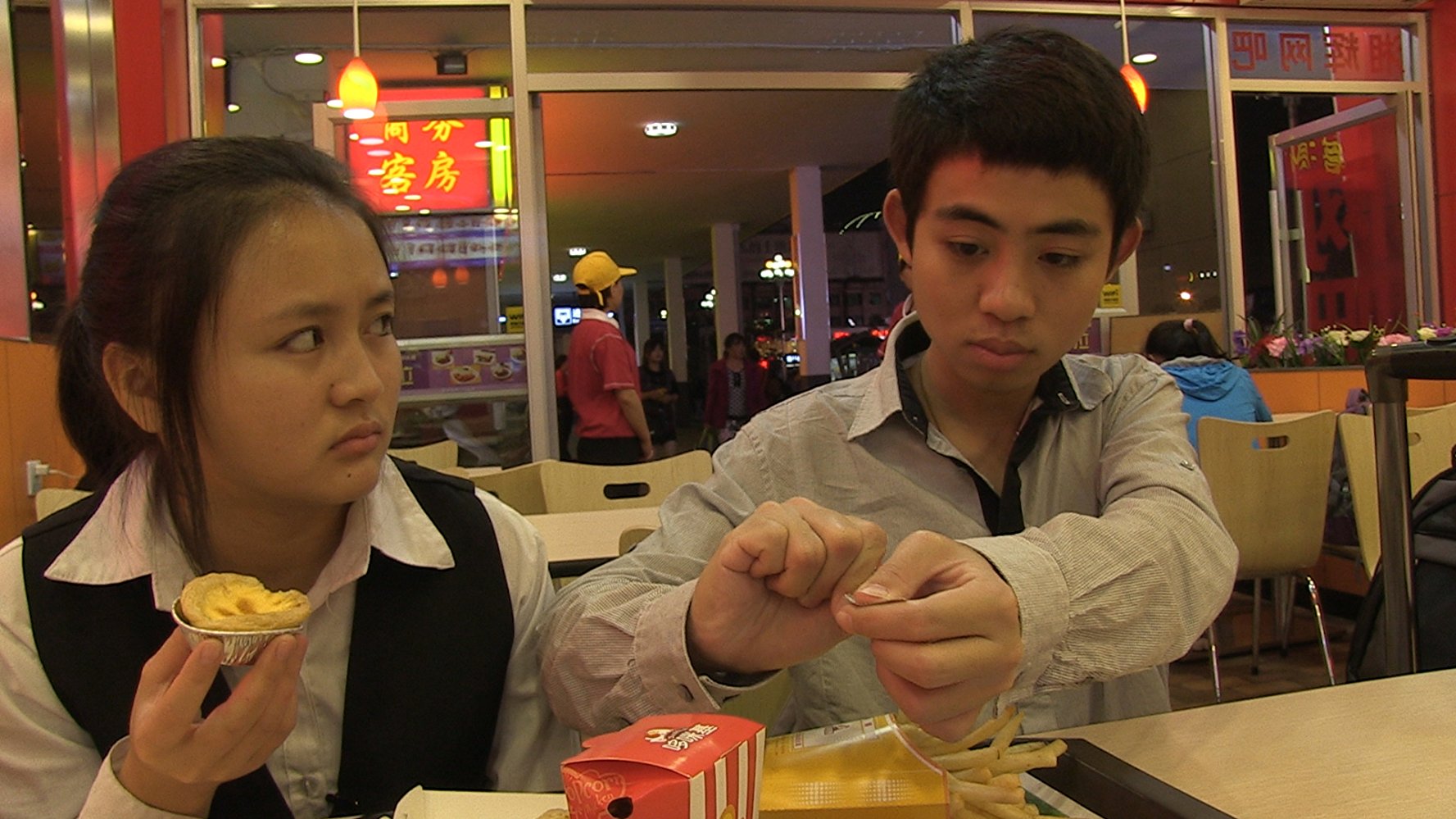 Almost Heaven offers an interesting glimpse into China’s way of navigating the funereal process. As Ying Ling and her colleagues are attending to the corpses, they tell them what they are doing, as if they were alive. Families aren’t allowed to let their tears fall on their dead, or it will condemn them to eternal suffering. We see a graveyard towards the end, and it’s strikingly overcrowded (this has become such a problem in China’s big cities that the government has implemented incentives, and in some cases laws, to encourage cremation).

Whilst the wider picture is fascinating, Ying Ling remains the centre of the documentary. At the start of Almost Heaven she worries about her new position (“What if the fear gives me a heart attack or I go mental?”), but by the close she is conducting a ceremony like a professional. It’s good to see her grow into the job, even if it comes as no surprise that she decides nursing is actually the career she wants to pursue. The real highlights come in the relationship between Ying Ling and Jin Hua, however. Their mutual teasing is charming; you really feel for her when he decides to return home.

Despite a sometimes-frustrating lack of context, Almost Heaven navigates the dichotomies in Ying Ling’s life with empathetic precision. It may be a small film, but you’ll be thinking about it for days.

Almost Heaven is available on VOD from 18 June 2018