In the ongoing process of growing up, a memorable moment was when my father, in answer to whether he’d protect me after a hypothetical murder, without hesitation revealed he’d shop me to the police. No questions asked. A Mother Brings Her Son To Be Shot, a documentary exploring a broken community in Northern Ireland, scratches the surface of a staunchly republican populace and exposes how they take the law into their own hands. In Derry, they refuse to talk to the British police and, in the case of Philly – a nuisance and town addict – his mother had to choose between bringing her son to be shot or run the risk of never seeing her son again. Would my Dad choose the same if he was in the same position? If you thought “the troubles” had finished, A Mother Brings Her Son To Be Shot reveals how it has transformed areas into another hidden, corrupt violence.

Shot over five years, we are initially introduced to Kevin Barry O’Donnell. 11 years old and happy to talk guns, knives and torture. This is all day-to-day life in this poverty stricken estate. He has a crowbar, a hatchet and a hammer. He has pliers “to torture”. It’s all for show, his Mum tells us he “wouldn’t hurt a fly”, but it is a shocking start. The Troubles lasted thirty years, and ended in 1998 with the Good Friday Agreement. In text on screen, we’re informed of paramilitary groups that refused British rule. Illegal organisations that continue to champion the fight from years ago, confusingly named The IRA (opposed to simply IRA), carry arms and protect republicans who still believe in a united Ireland. We see members talk of the “phoney peace process” and mini tributes of Bobby Sands stand proudly in living rooms and kitchens. The young lad who begins the film is the brother of Philly, the titular Son who was sent to be shot by his Ma. Republicans themselves, they have only these rogue factions to turn to for protection as going to the police would be considered surrendering to British rule. Apparently, they are wiping out areas of drug addicts, but this mother was given a choice. It is termed a “punishment shooting”, and Philly was the target.

Understandably, director Sinéad O’Shea has to be sensitive to the complexities of this particular conflict. She sticks close to the family but also balances this with interviews with a gentleman named Hugh, a middle-man between the various groups and families in the area. He’s convinced that the police need to leave them be, but he also has his own history with the IRA. There is a clear anger that overshadows the narrative. A peace process that was considered to be the end of violence only birthed a new form. While jobs may have returned to Belfast, few jobs have returned to these smaller towns. The younger generation sit around and hear the stories of their fathers; they ache for such purpose and passion. The local community centre also see an enormous challenge as, though we are talking about life and death, we are also talking about people who are neighbours. There are people shot regularly and it has become the status quo. 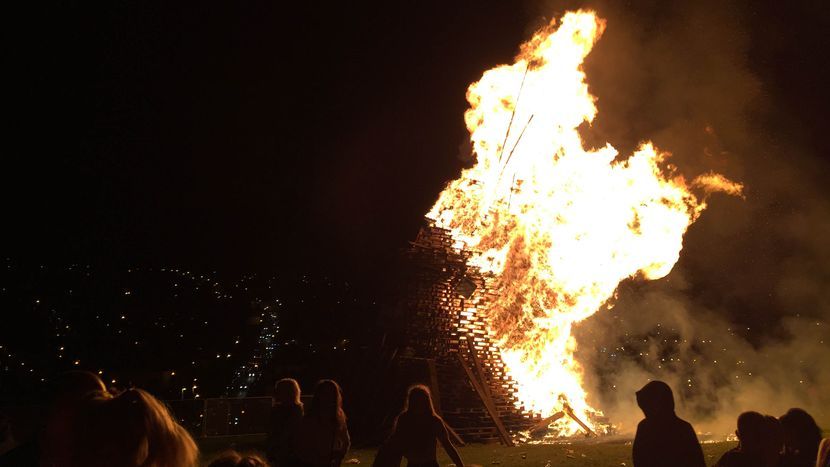 A Mother Brings Her Son To Be Shot has to be honest about Philly. He is an addict and an enormous challenge for his mother. But, on closer inspection, he is suicidal; suffering from depression. Stuck in the house for months on end has stretched him out and taken any type of hope or dignity from him. He has nothing. He is not easy to trust, but he only sees a drugs racket from these IRA vigilantes. Describing them as “hoods with guns”, it seems as if this entire fight is a sham. In his defence, it doesn’t seem to be anything more than ruffians posturing and striking fear into these small, poor communities. Since the Good Friday agreement, suicide rates have doubled. Young men see their lives end at 24, when they might end up with a baby – if they’re lucky. They’re bored and there is no effort to actively intervene and support. Of course, the police, as public sector workers of the British government, have no witnesses or victims who are coming forward, so they have their hands tied.

Sadly, there is a lack of closure as a final interview fails to take place. But a missing family member returns with shocking consequences. Belfast currently maintains the walls between communities. Every July, it is advised not to visit as the marches and enormous fires take place. While this is a small, intimate story of a desperate family, the reality is in how it paints a broader picture of hidden crime. This city hasn’t smoothly transitioned into peace and in Belfast, walls still separate estates and aggressive tactics are used to intimidate and threaten. Produced by Joshua Oppenheimer, akin to The Act of Killing, O’Shea’s A Mother Brings Her Son To Be Shot is about the truth that nobody wants to tell you: people are dying due to a lack of intervention. The British government are aware of what is happening but, whether it is a lack of money or a “we’ll-pick-up-the-pieces-once-it-blows-over” ignorance, there are communities that live on a knife edge, living in desperate fear. Then, add to that the consequences of Brexit, and the impact it will have if it isn’t handled carefully, and you realise how close to the tipping point we truly are.