If you’re in the UK right now, you’ll know that our summer weather can be fickle at best – and in autumn and winter things get downright miserable. Luckily there’s sure to be something playing at your nearest cinema, or you can just sprawl on the sofa with a hot drink and your favourite streaming service. With terrifying extra-terrestrials, historical heartbreaks and everything in between, it’s time to put that phone away and get ready for all the intriguing and exciting films still to come out this year.

The Gray Man, directed by the Russo Brothers

No, you are not hallucinating. Yes, that really is Ryan Gosling, Chris Evans, and the duo behind Captain America: The Winter Soldier teaming up for an international spy thriller. Insert obligatory MCU/Blade Runner crossover jokes here. Anyway – based on Mark Greaney’s 2009 novel of the same name, this ridiculously expensive Netflix project sees Gosling playing Court Gentry (honest, that’s his name), a CIA black ops mercenary who ends up on the run after uncovering dark secrets. Evans, meanwhile, is clearly having the time of his life as the unapologetically evil Lloyd Hansen, a former colleague of Gentry’s with a not-quite-as-silly name and an almost-as-silly moustache. Plus, their castmates include Regé-Jean Page and Ana de Armas. What’s not to like? (Available on Netflix, 22 July)

Where the Crawdads Sing, directed by Olivia Newman

It’s a good summer for book-to-film adaptations, with Reese Witherspoon co-producing this adaptation of Delia Owens’ bestselling novel. This looks like a good one for you if you’re after tension and drama, but the kind centred around society’s prejudices rather than international spy hits. Here, Normal People star Daisy Edgar-Jones plays a young woman who grows up alone on a marsh in 1950s North Carolina, only to find herself on trial for murder. The adapted screenplay was penned by Lucy Alibar, best known for her Oscar-nominated work on Beasts of the Southern Wild. Combine that with Newman, whose 2018 film First Match has an 85% Rotten Tomatoes rating, and the result could well be one of the more memorable dramas of this summer. (In cinemas, 22 July)

So far the man behind Get Out and Us has terrified us with suburban racists and subterranean doppelgangers – but this time, it looks like the scares are coming from much further away. Get Out star Daniel Kaluuya returns to star alongside Keke Palmer as siblings OJ and Emerald, whose quiet horse ranch in The Middle Of Nowhere, California is gatecrashed by mysterious, abnormal and quite possibly UFO-related events. Peele has already firmly established himself as one of the greats in the horror genre so if you like being scared, aliens, or being scared by aliens, it looks like this film will be perfect for you. (In cinemas, 12 August)

August looks promising for fans of Luther, as Idris Elba finds himself in yet another perilous situation in this upcoming survival thriller. Elba plays recently widowed biologist Dr. Nate Samuels, who embarks on a trip to South Africa with his teenage daughters, wanting to show them the beautiful wilderness their mother loved to photograph. And then their group is attacked by an unusually bloodthirsty lion. Whoops. Fans of the Percy Jackson novels should also keep an eye on this film because Leah Jeffries, who’s starring in the Disney+ series, will make her screen debut here as one of Nate’s daughters. Will that be enough to keep us going until we finally reach Camp Half-Blood? Probably not, but it’s the thought that counts. (In cinemas, 15 August)

By this point, you’d think Viola Davis’ career couldn’t get any more interesting. She’s practically film, TV and stage royalty with an Oscar, an Emmy and a Tony to show for it, and she’s played everyone from a cutthroat lawyer to a 1920s jazz singer. And now, she’s playing a 19th-century West African army general, in a film which she also co-produced – because why not? Showing the struggles of the real-life “Dahomey Amazons”, an all-female army unit in the Kingdom of Dahomey, The Woman King will follow Davis’ character Nanisca and ambitious new recruit Nawi, played by Thuso Mbedu, as they fight the (presumably white and European) enemies who’ve been persecuting their people and threatening their way of life. John Boyega is playing the also-real-life King Ghezo, and Lashana Lynch of Captain Marvel and James Bond fame has a currently-unnamed role. (In cinemas, 16 September)

Basically, imagine that Black Swan and The Handmaid’s Tale had a love child and then abandoned it in 1950s California. Florence Pugh and Harry Styles star as Alice and Jack Chambers, a young couple living in an idyllic company town run by Jack’s employer. And surely nothing could go wrong when your boss is Chris Pine, and your neighbours include Gemma Chan and KiKi Lane? Yet while the men are busy working on the mysterious Victory Project, Alice grows more and more suspicious about this “utopian” community, and it looks like her mind is about to start unravelling too… An acting veteran, Wilde made her directing debut with the acclaimed teen comedy Booksmart, so it’ll be interesting to see how she handles a psychological thriller. (In cinemas, 23 September)

It’s been over four decades since the original 1978 Halloween but this franchise, like its villain, simply refuses to die. Following on from the well-received Halloween (the 2018 one) and the rather more disappointing Halloween Kills in 2021, this latest in a long and mind-bogglingly convoluted line of slashers has Jamie Lee Curtis once again reprising her role as iconic “final girl” Laurie Strode. James Jude Courtney is also back as the even more iconic masked murderer Michael Myers. Details are otherwise thin on the ground, but Curtis has said that the film will be “shocking”, and will “make people very angry”. Horror fans should brace themselves, then, as Laurie and Michael square up for their final showdown. (But don’t worry – I’m sure they’ll resurrect him again soon.) (In cinemas, 14 October)

If you don’t have the stomach for slasher movies, though, perhaps this one will be more to your tastes. Set in the same universe as 2017’s Wonder, based on R.J. Palacio’s bestselling novel about a young boy with facial differences, White Bird is in turn based on Palacio’s spin-off graphic novel of the same name. Specifically, it tells the story of Wonder antagonist Julian’s Grandmère, a Jewish woman who was forced into hiding as a young girl in Nazi-occupied France. Grandmère is played by none other than Dame Helen Mirren herself, and Gillian Anderson (that’s right, the Queen and Margaret Thatcher on the same set!) is playing a character named Vivienne. And it’s a World War Two drama, so two words: bring tissues. (In cinemas, 14 October)

Given Dwayne Johnson’s penchant for action and, well, all those bulging muscles, it was only a matter of time before the world of superheroes came knocking. But this time, The Rock is ditching his wholesome tough-guy persona (come on, remember those puppies?) to play an unapologetic antihero. Long story short, the film is a spin-off from 2019’s Shazam!. Johnson’s Black Adam is set to become the arch-nemesis of the DC superhero, and he’s literally breaking into the DCEU after being imprisoned for 5,000 years. Going by the trailer, he’s unsurprisingly a tiny bit upset about this, and will presumably let off some steam by clashing with fellow cast members including Noah Centineo, Sarah Shahi and Pierce Brosnan. (Don’t worry, Brosnan won’t be singing in this one. We hope.) (In cinemas, 21 October)

My Policeman, directed by Michael Grandage

Christmas is coming early for Harry Styles fans, as the established pop icon and up-and-coming actor makes another visit to the 1950s – this time in cloudy Britain instead of sunny California. Styles plays the titular policeman, Tom Burgess, who seems to be happily married to schoolteacher Marion – until he falls for and embarks on a passionate affair with museum curator Patrick. This being the 1950s, the relationship is of course very illegal, so it’s fair to say that this love triangle is sure to end badly for everyone involved. Marion is played by Emma Corrin a.k.a. Princess Diana in The Crown, with David Dawson co-starring as Patrick. Still got those leftover tissues from White Bird? Good, because you’re going to need them… (In cinemas, 21 October; and available on Prime Video, 4 November) 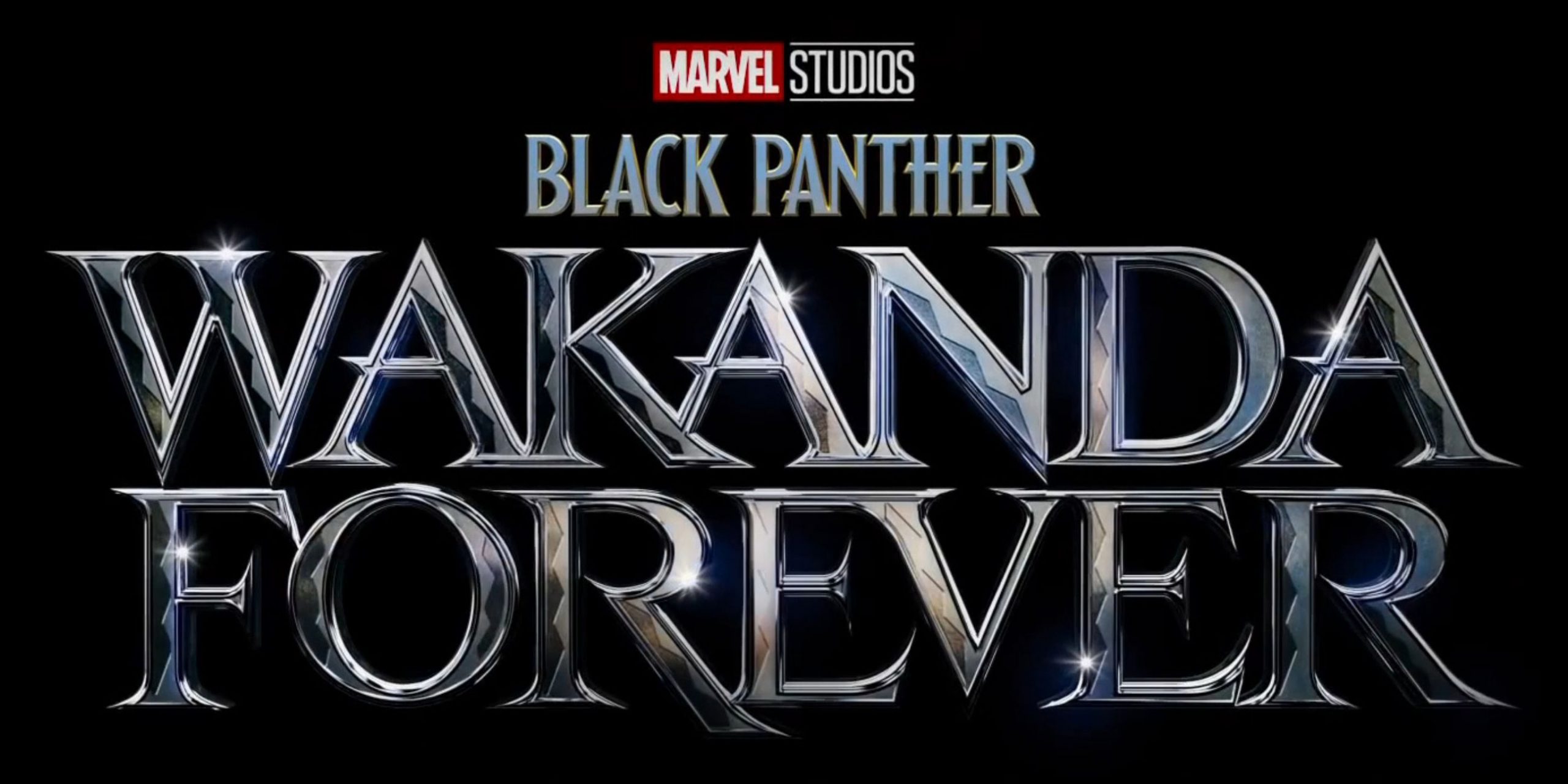 Just to get the panther goddess in the room out of the way: no, it’s still not known exactly how the filmmakers of this sequel to 2018’s Black Panther will handle the untimely death of Chadwick Boseman. All we know is that his character T’Challa, the titular hero and King of Wakanda, will not be recast or recreated with CGI. Most of the original Black Panther cast will be returning, including Lupita Nyong’o, Laetitia Wright, Angela Bassett and Danai Gurira, and Dominique Thorne will make her MCU debut as Riri Williams, a.k.a. new superhero Ironheart. These and other characters may well be the focus of the film, which will reportedly explore Wakanda after its opening up to the outside world. Rumours have been going around that the afrofuturistic nation will butt heads with the undersea kingdom of Atlantis, but these are still unconfirmed. (In cinemas, 11 November)

I Wanna Dance With Somebody, directed by Kasi Lemmons 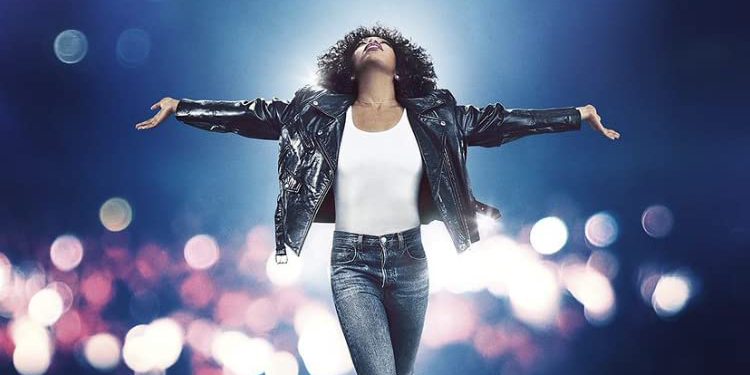 We’ve had Aretha Franklin, Elton John, Freddie Mercury and this year Elvis Presley – and now it’s Whitney Houston’s turn to get the biopic treatment. (You’d think that by now they’d have come up with something more original than slapping on either the subject’s name or their most famous song title and calling it a day, but never mind.) Kasi Lemmons is no stranger to biopics on iconic Black women – her highest-grossing film to date is 2019’s Harriet, in which Cynthia Erivo played abolitionist Harriet Tubman. Whitney herself, meanwhile, is played by Naomi Ackie, best known for being heinously underutilised as ex-stormtrooper Jannah in Star Wars: The Rise of Skywalker. Ashton Sanders plays Houston’s fellow artist and husband Bobbi Brown, while Stanley Tucci brings to life Clive Davis, the record producer credited with launching Houston’s wildly successful career. (In cinemas, 23 December)

The School for Good and Evil, directed by Paul Feig

If you’re still mourning the loss of ABC’s Once Upon a Time, this upcoming adaptation might be just what you need to round off the year. This intriguing fantasy is adapted from the 2013 children’s novel by Soman Chainani, which was praised for its wit and unique storyline with a lot of creative plays on the standard fairytale tropes. Sophia Anne Caruso and Sofia Wylie are playing main characters Sophie and Agatha, whose friendship lands in trouble after they’re each placed in the titular school’s “Good” and “Evil” blocks (spoiler: neither girl ends up where she expected). Even better, they’re joined by a star-studded supporting cast including Michelle Yeoh, Kerry Washington and Charlize Theron. There’s also Laurence Fishburne as the School Master, presumably because the casting director had a lightbulb moment after watching The Matrix for the 900th time. Even better, the original novel has a whopping five sequels, so Feig could have a long-running franchise on his hands if everyone plays their cards right. (Coming soon to Netflix, release date TBC)