What better way to bridge the gap between Halloween and Christmas than by losing yourself in some escapist fantasy? From sweeping stories of love and legends to feminist tales and dazzling historical adventures, here are ten books that will keep you reading way into these cold autumn nights.

Fire With Fire by Destiny Soria 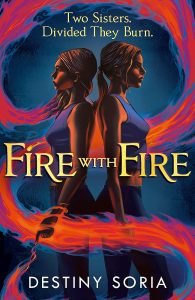 Sisters Dani and Eden are fierce dragon slayers, both born to kill the beasts but different in every other way. For Eden, her training is the most important thing, but for Dani, dragon slaying takes second place to her normal high school life. That is until Dani forms a rare and magical bond with a dragon called Nox, who changes everything she thought she knew. Finding themselves unexpectedly on opposite sides of the impending war, Dani and Eden are pitted against each other – but there’s another, more powerful enemy that threatens them both. This is an immersive and multi-faceted contemporary YA fantasy with beautiful world building and a complicated sisterly bond that holds the whole story together. (Hodder & Stoughton)

The Last Graduate by Naomi Novik 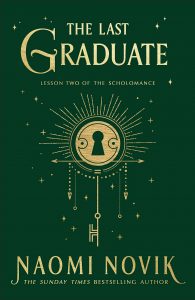 If you enjoyed the first book in Naomi Novik’s Scholomance series, you’ll love the sequel, The Last Graduate, which returns to the unique school of magic where there are only two ways out: you graduate or you die. More prepared than she was when she first entered the school, El not only has the dark power required to survive but now she has friends too – including her once enemy Orion. But as the savagery ramps up, the odds begin to stack again them. To win the game and stand a chance of graduating, El must throw away the rulebook or risk losing it all. Fun, surprising and thrillingly addictive, Novik reinvents the school of magic trope by upping the stakes to ridiculous proportions, leaving readers desperate for more. (Del Rey) 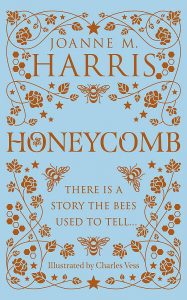 First written as short stories on Twitter and now brought together for the first time in one volume, Honeycomb is every bit the intricate, interconnected book the title implies. Full of light and darkness, dreams and nightmares, these original tales feature a king travelling worlds, a toymaker who wants to create the perfect wife, a tiny dog whose confidence outweighs his size, a princess who’s heart is won by words, not actions, and a vengeful Spider Queen – amongst other weird and wonderful characters and creatures. Accompanied by artist Charles Vess’ singular illustrations, this unique collection of dark fairytales is the perfect dip-in-and-out-of bedtime story for adults. (Gollancz) 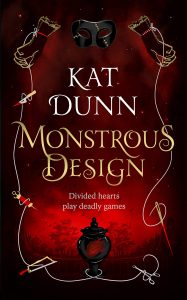 Kat Dunn’s debut, Dangerous Remedy, saw a band of outcasts – the Battalion des Morts – attempting a daring mission to rescue a girl with powers desired by both Revolutionaries and Royalists. This sequel is propelled by a shock betrayal that threatens everything the rebels have fought for. With time running out and the Battalion more divided than ever, one wrong move could ruin everything they’ve worked so hard to achieve. Set against the backdrop of the French Revolution, The Battalion of the Dead series has everything you could want from an historical YA fantasy: adventure, opulence, lies, science, magic and a captivating band of rebellious characters at its heart. (Zephyr) 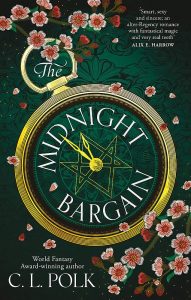 Beatrice Clayborn is a sorceress who practices magic in secret. She dreams of becoming a fully-fledged mage but with her family in debt, she’s heading towards a dreary life of marriage instead. When she discovers a grimoire with the power to help her fulfil her dream, a book that’s swiftly swindled out of her hands by a rival sorceress, Beatrice summons a lesser spirit to help her retrieve it. But every bargain comes at a price and Beatrice’s ally demands Beatrice’s first kiss with the sorceress’s brother: the handsome and fabulously wealthy Ianthe Lavan. If you love the idea of a Bridgerton-esque historical-fantasy mash-up, then C. L. Polk’s sparkling and romantic The Midnight Bargain should be your next read. (Orbit)

The Rose Daughter by Maria Lewis 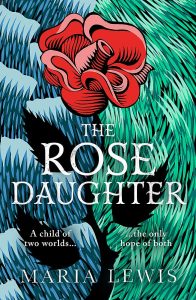 The seventh and penultimate book in Maria Lewis’ Supernatural Sisters series follows oyster shucker and ancient sprite Dreckly Jones – the daughter of an earth elemental and a selkie – as she ventures out of hiding to help a group of rebels. For the first time in a long while, Dreckly finds herself wanting to stick around, but using her powers puts her in danger. Alternating between the past and present, and centred around a mix of humans and supernatural beings, this female-led feminist urban fantasy features a clever and resourceful reluctant hero you can really welcome into your heart. It can easily be read as a standalone but be warned – if you haven’t already read the other books in this series, The Rose Daughter will absolutely persuade you to buy the back catalogue asap. (Piatkus)

The Mask of Mirrors by M. A. Carrick 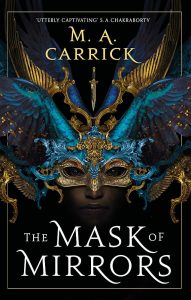 Con artist Renata Virdaux has come to Nadezra, the fabled city of dreams, to trick her way into a noble house and secure both her fortune and her sister’s future. But Ren isn’t the only one wearing a mask to hide her true intentions in the aristocratic world of House Traementis, and as a corrupted magic weaves its way through the city, she becomes entangled in the dark feuds and dangers of its impoverished underbelly. Penned by M. A. Carrick – the pseudonym of authors Marie Brennan and Alye Helms – The Mask of Mirrors weaves magic, mystery, political intrigue, secret identities and an intricate world of treachery to create an absorbing, glittering fantasy tale. The second book in the Rook and Rose series, The Liar’s Knot, will be published in December, so now is the perfect time to become acquainted with Ren and her dazzling adventure. (Orbit)

Wendy, Darling by A. C. Wise 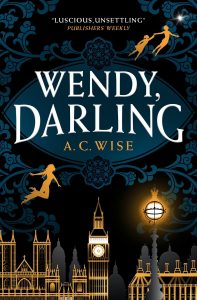 Ever wondered what happened to Wendy when she left Neverland? A. C. Wise’s Wendy, Darling continues the character’s tale by reimagining Wendy’s life as an adult. With a husband, a young daughter, Jane, and a life in London, Wendy has tried to leave Neverland in the past. But Peter Pan hasn’t forgotten her and when he returns, looking to claim a new mother for his Lost Boys, he takes Jane instead. Wendy must follow Peter back to Neverland and rescue her daughter from the darkness at the heart of the island that never went away. Beautifully detailed and unexpectedly unnerving at the same time, Wise’s feminist retelling captures the spirit of a mother and a survivor fighting to not only save her child but to overcome her trauma and reclaim her own power. (Titan Books)

The Sisters of Reckoning by Charlotte Nicole Davis 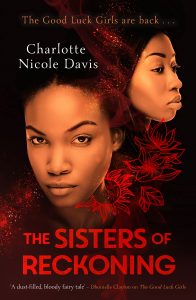 Charlotte Nicole Davis’ sequel to The Good Luck Girls reunites readers with the titular group of fearless fighters: Aster, Violet, Tansy, Mallow and Clementine. Free at last, they all have new lives but Aster continues to help more girls escape their captivity and cross the border. When an unanticipated reunion sparks an ambitious plan, the sisters and friends are brought back together in a rebellion movement known as The Reckoners. But can they unite the different factions and convince them to join in the fight? And can they finally overthrow the welcome houses once and for all? This compelling tale of oppression, justice and the empowering, healing power of sisterhood will make you fall in love with Davis’ courageous characters all over again. (Hot Key Books)

For The Wolf by Hannah Whitten 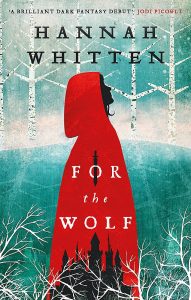 An atmospheric reimagining of Little Red Riding Hood, with elements of other classic fairy tales entwined within the pages too, Hannah Whitten’s debut fantasy novel follows two sisters on two very different paths. The first daughter is for the Throne. But that’s not Red. As the kingdom’s second daughter, her destiny is to be a sacrifice to the woods. Yet the reality of Wilderwood and the Wolf within is not quite the terrible fate Red had prepared herself for. For starters, the Wolf is a man, not a monster. And second, Red’s magic is far from the curse she thought it was. If only she can learn how to master it before it’s too late. Rich with folklore and slow-burning romance, this is a tale of forests and curses, sisters and sacrifices, and magic and wolves. An ideal curl-up-by-the-fire read. (Orbit)