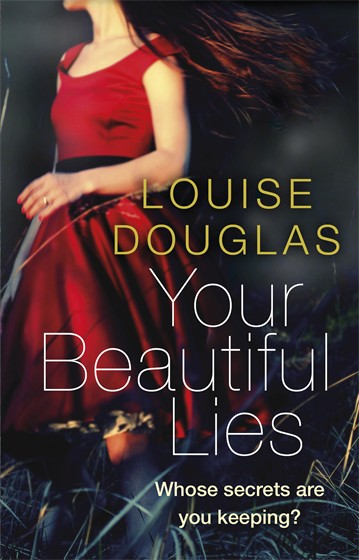 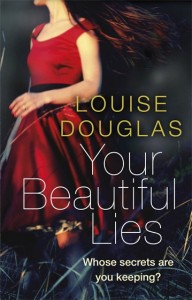 For the small mining community of Matlow in South Yorkshire, 1984 means miners’ strikes, a community in crisis and a murder on the moors. Amidst this, Annie Howarth is caught between her working class family roots, her Chief of Police husband, and the return of the love of her life after ten years in prison for a crime he still maintains he didn’t commit. With Your Beautiful Lies, Louise Douglas begins with tensions running high and jumps straight in with a plot that pushes them to breaking point.

Ever since the publication of Wuthering Heights, I think using the Yorkshire Moors as the setting for any story instantly brings with it that same sense of intrigue, tragedy and dark consequences that inform the classic novel, and Your Beautiful Lies is no different. Annie is a woman who experienced love and loss at a young age, who sees the actions of her first love as a betrayal that destroyed all the plans they once had, and responds by creating a seemingly perfect life where she can be safe, protected and secure against the dark reality of her past.

When I started this book, I very much expected a Nora Roberts kind of novel where the plot happens more as an afterthought and the driving force of the narrative is about the two leads coming together in a passionate display that flaunts the rules and comes through the other side all the better for it. I was pleasantly surprised to find that almost the opposite happened. The first half of the novel developed the storylines and histories that showed the reader how we’ve ended up at this beginning with these characters, and I enjoyed the slow burn of the narrative unravelling. The romance, on the other hand, seemed almost unnecessary – it’s just another cause of rising tension, another reason to suspect trouble, and another secret to keep.

As we move on to the second half of the novel, something brilliant begins to happen: we start to focus on Annie and her mental state. We see her jealousy, her paranoia, her fear, and we see the plight of a woman struggling to do what’s best for herself and what’s best for her family, summed up in a beautiful quote I stumbled on three quarters of the way through: “she wanted to bend over and laugh at the ridiculousness of it all – this dance of deception, these crazy, stupid lies.”

This became a novel about a woman forced to confront herself and discover who she is and just how far she’ll go when pushed to it. Douglas did a beautiful job of crafting a story that thrived on its intrigue; from the first to the last page, there are questions posed and questions answered and in the perfect measure of a good mystery, I didn’t see the ending coming. I wish we’d had a few more answers as the story does end quite abruptly, but I don’t think that detracts from the novel in any way. Rather, the ending maintains the sense of desperation, the threat of corruption and epitomises the crisis state that defines life on the Yorkshire moors in the 1980s.

The Secret By The Lake – Louise Douglas Review