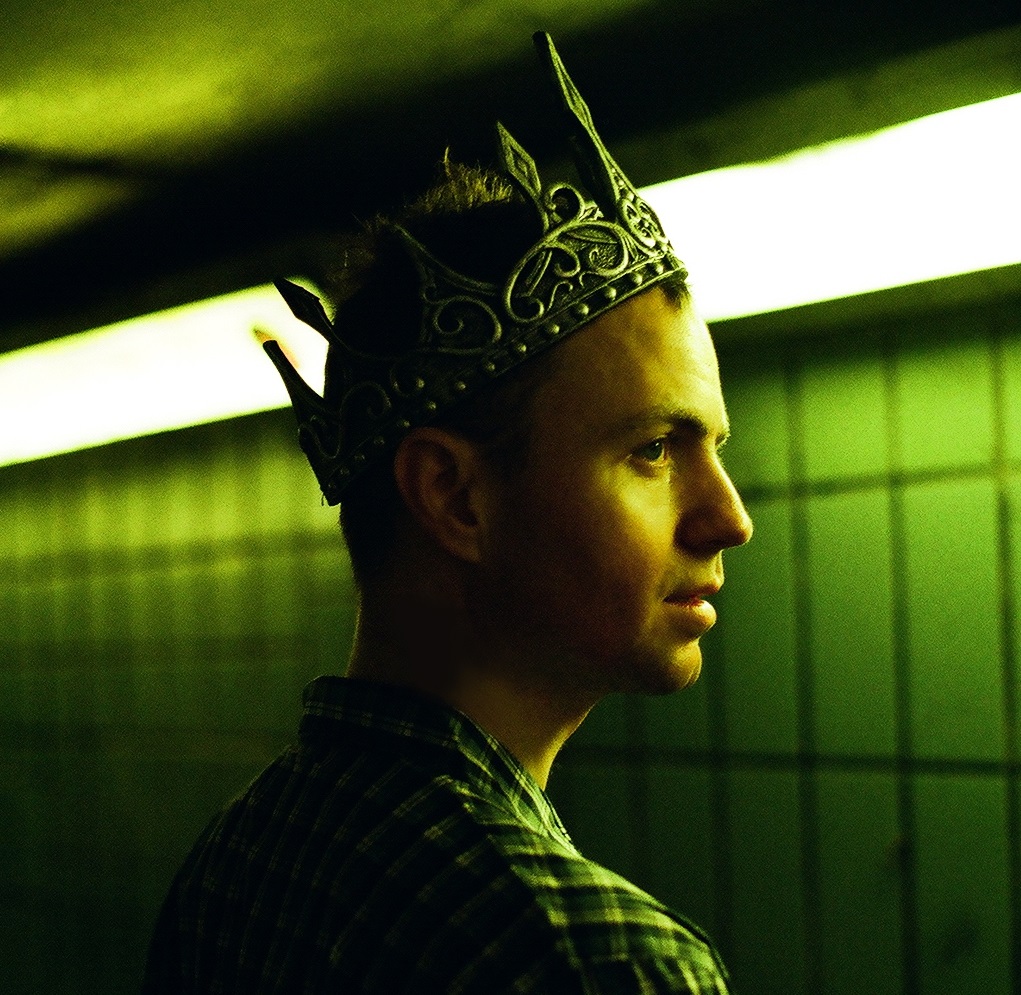 Theatres have moved into online spaces and the Actors Centre explore the possibilities of this shift with a feisty monologue, scheduled for an on stage performance later this year. Writer and performer Alistair Hall builds a weird world filled with vampires, death and the ghost of King Edward II. He plays happy go lucky Jimbo, jumping back and forth in his bewildering timeline with gusto.

A stark stage is set with clinical strip lighting and a scattering of random objects. Performing to a locked off camera in what would be the middle of the front row Hall shows a strong awareness of the space and frame. Starting static with focussed directness, Jimbo is worked up to bursts of playful energy, contemplating his sexuality and trying to work out why his friend Declan disappeared. A heavy feeling of isolation hangs over proceedings and the agitated efforts to escape feel very relevant in lockdown.

As the mystery develops the props get unpacked and the stage gets messier. Jimbo touches on the relationship with his mother and father before being pulled back into the search for Declan. Hill moves briefly into other characters to offer hurried clues before slipping back into his conflicted protagonist. Director Alexis Gregory makes use of the entire space, keeps the pace lively and gets his performer to engage smartly with a new audience, the camera. It’s an interesting piece which weaves between the real and imagined, maintaining a distinct air of ambiguity.

The digital play will be streamed on The Actors Centre’s website, 19 June – 28 June.

Book Review: Clap When You Land by Elizabeth Acevedo