The thing is, I think Tolstoy almost had it right. Unhappy families are unique, yes, yes, but he forgot to add that they are the most fun to read about: the untimely family reunion, or the argument about one thing – politics, or money – that spirals into something more personal (because it’s always, always more personal). There is really nothing better, as far as I’m concerned.

In a Garden Burning Gold, my adult fantasy debut, was my chance to dig into these tropes. Rhea and Lexos, the twin siblings at the book’s heart, are always trying to protect each other from their father’s temper, while at the same time jockeying to be his favorite. Sibling relationships like theirs really encapsulate what I love about family-based fantasy – the duality between complete devotion and cutthroat competition.

So, if you’re looking for more of that for your TBR, or if you’ve finished Garden and are waiting for the sequel, consider giving these a try: 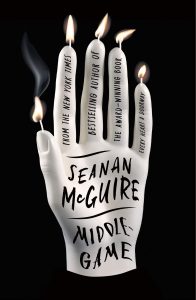 Middlegame is a definitive “magical twins” book for me. Roger and Dodger, the twins, are separated at birth, and Middlegame does an exquisite job of showing just how deeply connected they are, despite never having met. The structure of this book also makes it perfect for anyone who loves puzzles or media that rewards you for paying extra close attention. While written as a standalone, a companion novel is out later this year. 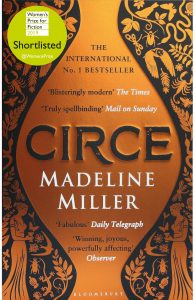 You have probably read Circe, but if you haven’t, I’m going to tell you: read Circe. Circe is a moving and reaffirming first-person retelling of the myth most of us are familiar with via The Odyssey, wherein we meet Circe as a witch who turns men to pigs. Miller’s Circe takes us with our heroine from beginning to sort-of-end, and we get to see her grapple with her spot as an outsider in a powerful family and, later, as a mother to a child she sometimes finds herself a stranger to. 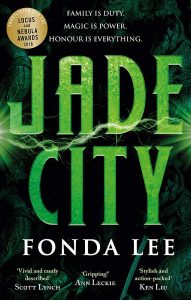 Not only does Jade City deliver intrafamily drama, it also provides its reader with some family vs. family action. But most compelling for me were the relationships between the three Kaul siblings, who are all called to serve their family in seizing control over their country’s capital and its jade market (and who all have some secrets to keep). This one’s a trilogy opener, so once you’re done, you’ve got two more waiting.

The Bear and the Nightingale by Katherine Arden 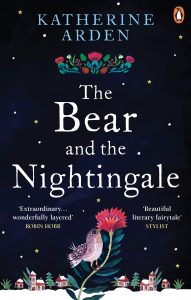 Arden’s trilogy opener pits Vasya, a young girl, against the growing power of the forest around her Russian home. Set in the 14th century and meticulously researched, The Bear and the Nightingale creates a wintry atmosphere so cold you can almost feel it through the page, but it brings warmth too, particularly through Vasya’s relationships with her siblings. Her older brother, Sasha, makes a larger appearance in the sequel, but this first book shows the beginnings of their bond, and of the loyalty they share. 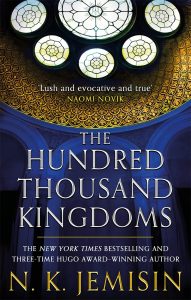 I thought Jemisin was a favorite of mine when I read her Broken Earth trilogy – I didn’t realize I could love her work any more until I went through her backlist and read the Inheritance trilogy, of which The Hundred Thousand Kingdomsis the first. It follows Yeine as she is thrown headlong into the struggle for succession amongst the Arameri, a family of gods, and while it is of course fascinating and thrilling, I loved it most for what it has to say about a family’s legacy, and how it falls on the shoulders of the younger generation.