Mad To Be Normal Review

Every time a biopic is released, questions are always raised about how much of the material derives from real life, and how much is invented. In Mad To Be Normal, writer-director Robert Mullan divests himself of this problem immediately. ‘Any resemblance to any living persons is entirely coincidental’, proclaims the opening title card. Permission granted, Mullan is free to be as loose with the facts as he desires.

The subject of Mullan’s film is R. D. Laing (played here by David Tennant), the Scottish psychiatrist whose ideas were both controversial and revolutionary. Mad To Be Normal focuses on his Kingsley Hall experiment, where from 1965-1970, Laing and other doctors lived alongside patients, and patients were given no drugs except LSD.

Mullan takes full advantage of the get-out clause on that opening title card; there isn’t a lot here that stems from reality, and what does has been altered significantly. He gives Laing an American girlfriend, Angie (played by Elisabeth Moss) who never existed. The patients are fictionalised. Though Laing did have a daughter who died of leukaemia, she died ten years after this film was set. Considering Mullan has written two books about Laing, it’s strange he has so little regard for the facts. 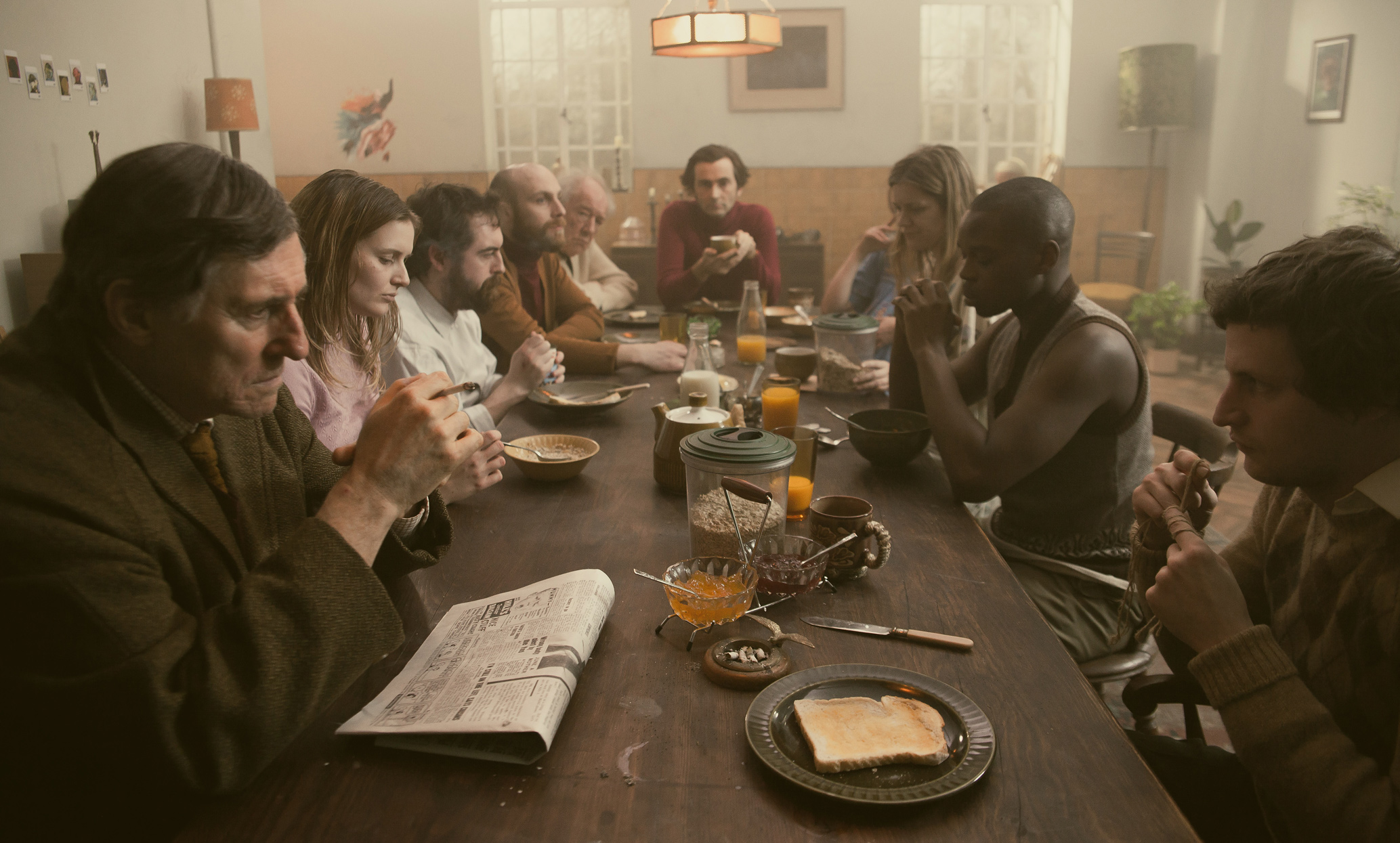 He does, however, have a lot of regard for Laing. Too much, perhaps. Mad To Be Normal doesn’t quite enter the realm of hagiography, yet neither is Mullan particularly interested in diving into the complexities that made up Laing’s character, nor the legitimate concerns that people had about his practices. One of his patients, John (Jerome Holder), had previously been treated by electro-convulsive therapy. Under Laing’s aegis, he fares much better. When John’s previous doctor raises concerns about Laing’s methods, we are forced on to the side of Laing, because ECT was a barbaric course of treatment that hurt far more people than it helped. Having Laing’s only on-screen opponents be ECT advocates shuts down the debate, which was real, and far more complex than is presented here.

One indisputable fact about Mad To Be Normal is that David Tennant’s performance is excellent. He seems determined to restore to Laing the intricacies that Mullan’s screenplay removes; he is wary, acerbic, unimpressed, whilst still being gentle and caring to a fault. Tennant has always been an energetic, empathetic actor, and in Laing he has found the perfect role. It’s unfortunate that the rest of the film can’t rise up to meet him.

Besides problems with the schematic screenplay, Mad To Be Normal suffers from poor direction. Aesthetically, it’s very unattractive; the frame is always flat, tinted with a muddy, brownish-yellow hue. The editing is clumsy and jerky. Then there’s the bizarre decision to cast Helen Belbin, clearly a decade Tennant’s junior, as his mother. She is just in one scene, but it remains a peculiar choice, a microcosm of the many that make up Mullan’s movie.

Mad To Be Normal wastes an electric David Tennant performance on a simplistic, dull, poorly directed film. He deserves better. So do we.