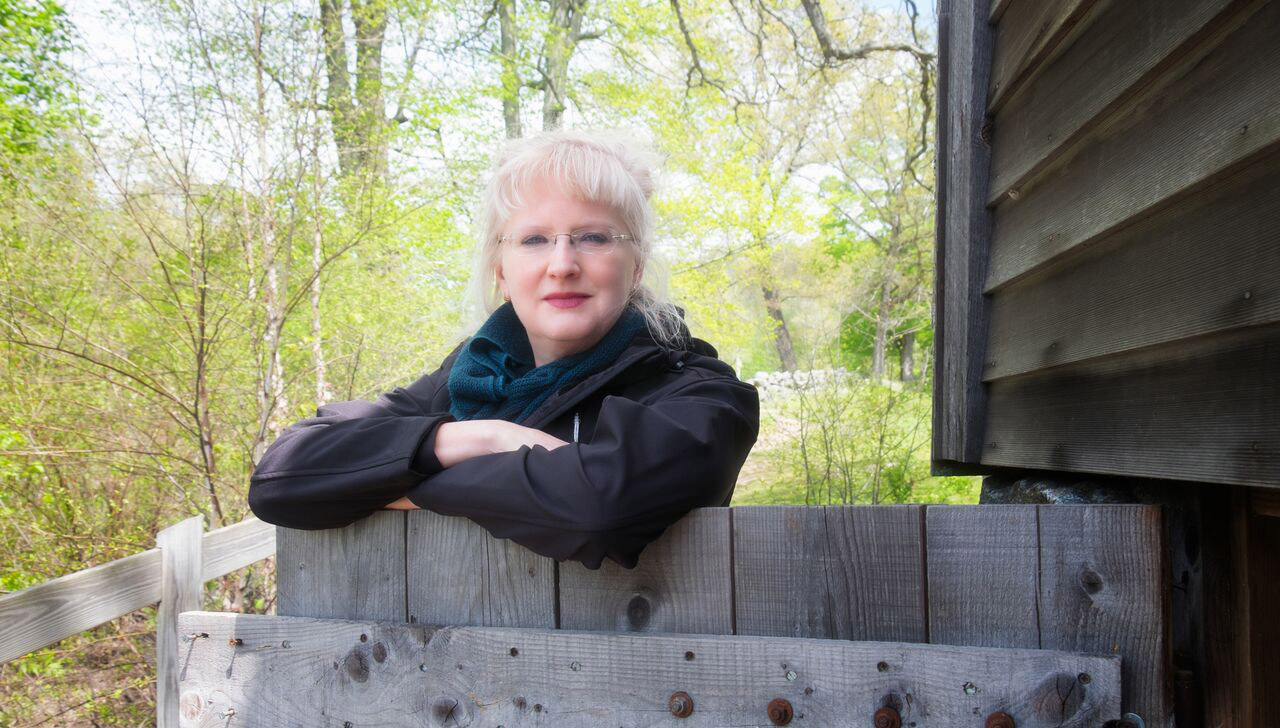 Erica Ferencik is an award-winning novelist with work appearing in The Boston Globe, Salon and NPR. We chatted to her about her new novel, The River At Night, which is out today via Raven Books.

Q: How did the idea for The River at Night come about?

Two events in the summer of 2012 were my inspiration for this book.

One: I read and fell in love with James Dickey’s 1970 novel Deliverance. Most people have seen the movie – cue the banjos! – but I’m not sure the book has gotten the love it deserves.

Dickey was a poet, but he also wrote this propulsive, visceral, first-person novel about four male friends who go white-water rafting in the Georgia wilderness. The story was utterly terrifying to me; I was struck by this series of bad decisions that led to disaster.

Two: The summer before I started the book I was hiking in the White Mountains of New Hampshire with a few friends and we got lost. We had all depended on – let’s call her Lucy – to map out the day; she was the one who had the most hiking experience after all, the one who knew what she was doing. Turned out, Lucy had done some did pretty shabby planning.

The idea was to get to the hut (the White Mountains have a system of huts hikers can stay in) by around five to get cleaned up and grab a bunk before a 5:30 call for dinner. But we were still hiking at 7:30; thank God it was summer so it was still light, but we had some older people with us, specifically a very tall, teetery gentleman in his seventies lugging this ginormous pack, and I thought we are going to have to carry this guy…we ran out of water and food, and one of the women had such bad cramps in her calves and hamstrings we had to stop and massage her muscles just so she could unbend her legs.

The wind had picked up and the temperature dropped like a stone, and we were up past the tree line scrambling over huge boulders, completely exhausted and scared…finally we made it to the hut just past nine, with just this shred of light left, barely able to see our hands in front of us. We arrived to discover that a search party was being organized. They were all suited up. I’ll never forget the looks on their faces when we stumbled in the door…talk about food tasting good, talk about a cot feeling like the Four Seasons…we had been so close to spending the night on the mountain, alone and lost.

Q: Since much of the plot is centered around white-water rafting, I’m interested to know whether you tried it for yourself.

I’ve white-water rafted four times, three times in Maine, the last time in Alaska. I don’t feel the need to go again, maybe because my tolerance for voluntary physical danger has gone way down. But I sure did call on those experiences – every single one of them – to write the book.

People have asked if I would recommend doing it at all. Of course if you are fascinated by it, by all means go – it’s a great adventure! I would say just make sure the company is legit, the guides actually have some training and experience, and – this depends on your level of risk tolerance for sure – aim for nothing higher than Class 3 rapids, especially if it’s your first time out. Talk to someone who has gone out with the company you’re thinking of using, learn about the river you intend to raft.

As part of my research I had a look at all the accidents resulting in death since records were kept. Man, that will curl your hair. Who died, when, on what river. One out of 250,000 rafters, on average, die each year. In 2006, ten died on commercial rafting trips, but the number skews higher if you include people who go it alone.

So again, these days I get my thrills from books and films.

Q: What other research went into writing this book?

I needed to actually visit the place I intended to write about. The farthest north in Maine I had ever been was Portland, so it was time to plan a trip up into the hinterlands – the storied Allagash Wilderness, over 5,000 square miles of rivers, lakes, and forest.

My goal – one of them – was to interview people who live off the grid. But I didn’t know a soul up there. I called the chambers of commerce in towns from Orono to Fort Kent, as far north and west you can go until the road ends and the forest begins, which is just past a little town called Dickey.

Everyone I spoke to on the phone said: well, these folks don’t want to be contacted. That’s why they live off the grid…but I do know someone who knows someone…soon I was able to line up half a dozen interviews with people who had decided to disappear.

I left my house with a backpack filled with power bars, warm clothes and mace, with plans to interview five individuals and one family who had decided to cut themselves off from civilization.

Even though I made hotel reservations for nine nights, I only needed them for the first and last, because everyone I met offered me a place to stay. I crashed in two cabins, a teepee, a yurt, a rehabbed bus, and a boat (in a field, not on water.) In December. Sometimes a good mile from anything resembling a road.

Q: The larger-than-life scenic descriptions and the palpable sense of suspense made the experience of reading this book very cinematic. Was that a conscious decision?

Yes, but probably an unconscious decision as well! I was a fine artist – a painter: watercolors and mixed media – until I was 26 years old. Then one day I woke up and literally lost interest in painting ever again. Just tossed all my painting stuff in storage. From then on, all I wanted to do was write. That was over twenty-five years ago.

I jumped into screenwriting, a discipline where you absolutely must think cinematically. That plus my background in the visual arts and my obsession with film trained me to think visually. All this experience carried into how I write novels. 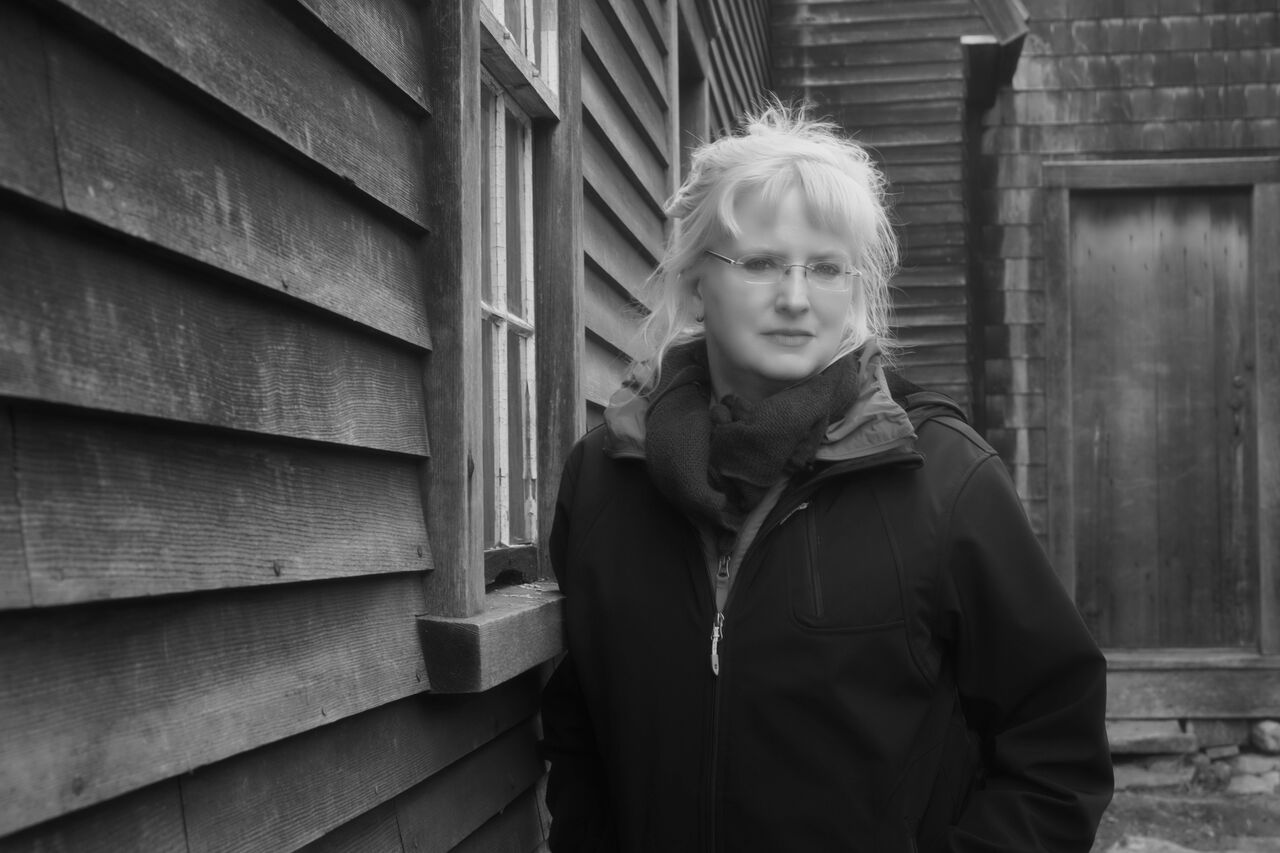 Q: According to you, what are the key factors in writing a compelling thriller?

You need a great story, first of all, with complex characters who actually want something, and – cliché I know – but they must undergo some change at the end of the book.

I think dread is super important. You need to create a sense of unease that doesn’t let up. Leave enough questions unanswered to keep the suspense going, but not so many that the reader gets annoyed or confused.

For me, most important is that I need to be emotionally involved with SOMEBODY in the story, usually the protagonist, in order for me to care enough to keep reading. I enjoy being intellectually engaged, but I don’t care about solving some sort of puzzle – that’s where I think some thrillers really are mysteries in disguise.

I like short chapters – both reading and writing them. Cliffhangers at the ends of chapters are a great idea, they don’t have to be something crazy each time like will she fall off the cliff or not, they can be much more subtle, but still impel the reader to say to herself: okay, I’ll read just one more chapter before I go to sleep…

That’s what you want: a reader who wants to read your next sentence, paragraph, page, chapter, and ultimately your next book.

Q: Who is your literary inspiration?

Oy, what a question! I have literally hundreds of authors who inspire me. Most recently, though, I’d have to say Peter Matthiessen, who wrote, among other things, the mind-blowing At Play in the Fields of the Lord, Lily King’s Euphoria, Claire Messud’s The Woman Upstairs, James Dickey’s Deliverance (of course) and Stoner, by John Williams.

Q: Which books have you enjoyed reading recently?

The North Water, by Ian McGuire: absolutely riveting and brilliant

In the Cut, by Susanna Moore: terrifying, sexy, an underappreciated gem

A Carnivore’s Inquiry, by Sabina Murray: talk about dread! Another under-loved treasure

The Financial Life of Poets, by Jess Waller: hilarious: a very rare and difficult thing to accomplish on the page.

Q: Finally, what are you working on next?

My next novel is a survival thriller set in the Peruvian Amazon about a young American woman who falls for a local man and goes to live in his jungle village. There she experiences the joys of family for the first time, only to be devastated by a mysterious illness as well as the warring tribe that holds the cure.

This means I am planning a trip to the Peruvian Amazon this May to do research. I’m terrified and excited at the same time.

Book Review: Leap In – A Woman, Some Waves and the Will to Swim by Alexandra Heminsley