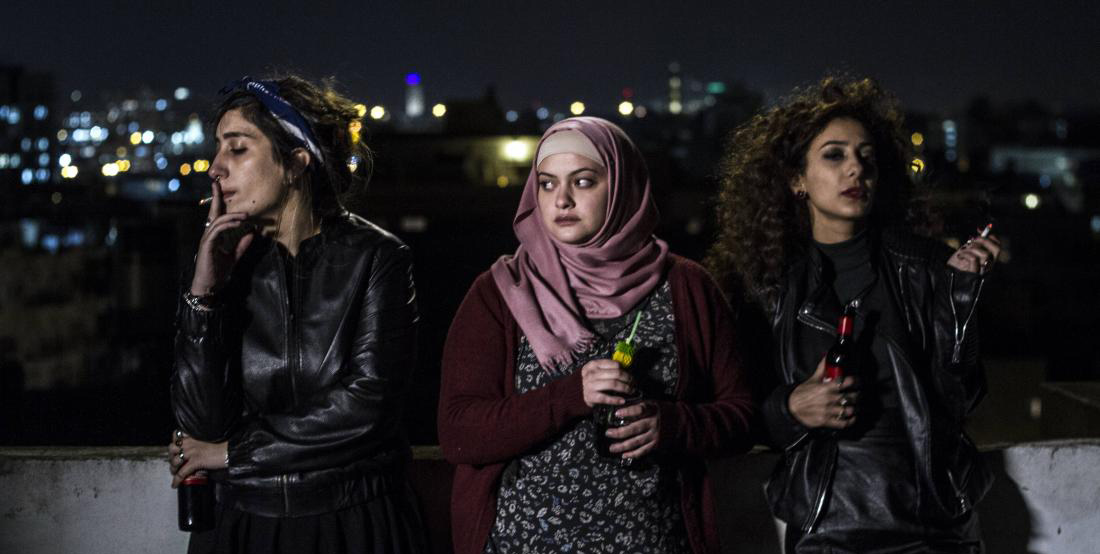 “Don’t raise your voice. Men don’t like women who raise their voices.”

“Don’t let on that you know what you’re doing.”

Laila (Mouna Hawa), a lawyer, and Salma (Sana Jammelieh), a DJ, are best friends who share an apartment in Tel Aviv. They live a happily hedonistic life, until Salma’s cousin Nour (Shaden Kanboura) moves in. Nour, meek and bookish, is the polar opposite of her new flatmates; so much so that to begin with, she’s intimidated by them. Whilst her traditional fiancé isn’t comfortable with her new living situation, it isn’t long before the three women become close, and then a horrifying incident binds them closer still.

In Between is the directorial debut of Maysaloun Hamoud, and she has certainly started strong. The film’s Israeli release was met with walkouts and death threats, and Hamoud was issued with the first Palestinian fatwa since 1948. It’s not hard to see why conservative Muslim authorities have been upset by In Between; our protagonists smoke, drink, do drugs and have casual sex. The more traditional figures in the movie are all villains, one of whom commits a rape that’s captured with Hamoud’s harrowingly unsparing eye. The movie is a searing indictment of religious hypocrisy, and the unfair constraints it puts on women.

More than that though, it’s about these specific women. There are many, many impressive things about Hamoud’s film, but perhaps the most impressive is the richness of her character design. Laila, Salma, and Nour are all fully-rounded people who could easily carry a movie on their own. Each of them has their own challenges. Nour’s problems with her fiancé are the most prominent, but Laila’s issues with her boyfriend, and Salma’s conservative father’s disapproval at her homosexuality are both given their time in the spotlight. 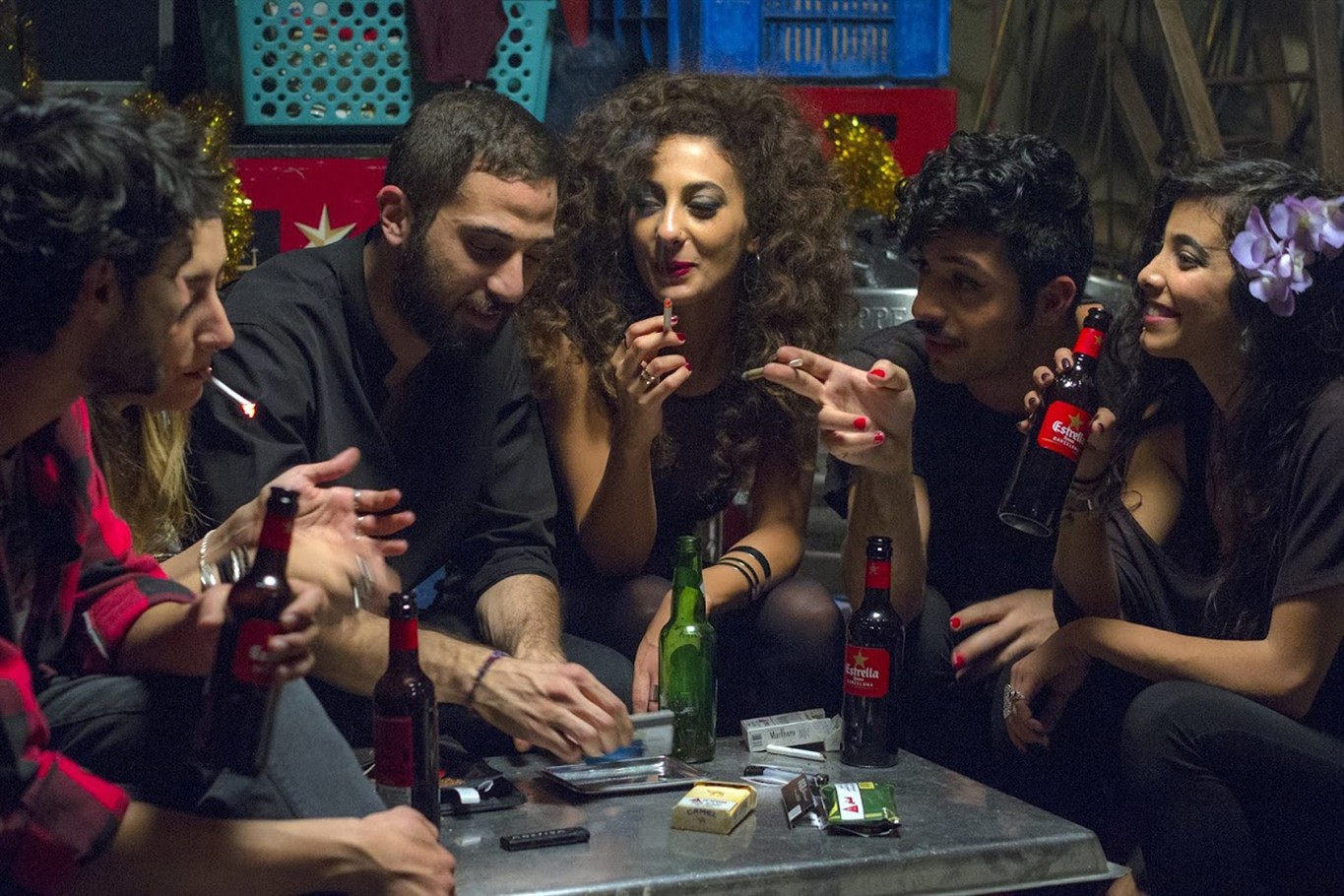 It’s a testament to the skill of Hamoud’s writing that even the most peripheral characters in In Between could easily take centre stage. Early in the film we see Laila at work, sharing a smoking break with Jonathan, the lawyer on the opposing side. As they banter, talking about the case and the dinner that she has promised him, the air is as thick with chemistry as it is with smoke. It seems certain that Jonathan will be an important figure in the rest of the movie. Yet once the scene has concluded, he never returns. 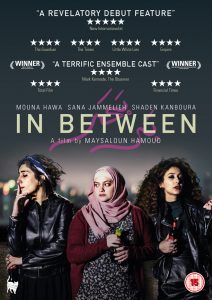 Whilst much of In Between’s success must be attributed to Hamoud, she’s aided immeasurably by her three leads. Mouna Hawa is the stand-out; her Laila is just about the coolest movie character of 2017. Stylish, smart, and super-confident, we never see her try a case but are left with no doubt that she’s an excellent lawyer. Hawa’s strongest moment comes at Laila’s weakest, however. Her quiet devastation at learning the man she loved isn’t who she thought he was is desperately sad, and so well played.

In Between is a phenomenal debut; textured, heartfelt, and wonderfully acted. Hamoud and her talented cast have created three characters who are a joy to spend time with. And happily, with two planned sequels on the way, it won’t be long until we see them again.

In Between is available on DVD from 29 January 2018