Book Review: The Secrets You Hide by Kate Helm 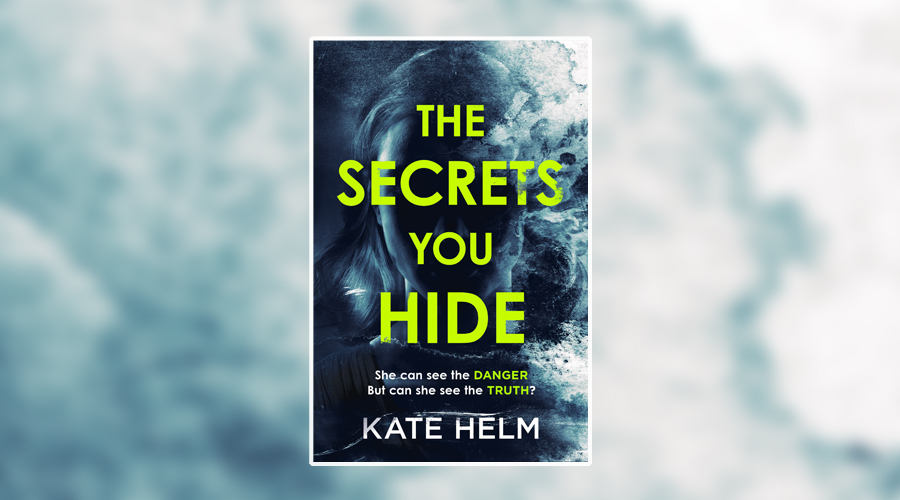 Kate Helm’s debut psychological thriller The Secrets You Hide promises readers a story full of truth, lies, innocence, guilt, secrets and danger. Right from the beginning, in a flashback scene to 1997, there’s a very real sense of that danger as the novel’s central character, Suzanne, becomes the sole survivor of a brutal crime that changes her life forever. It’s a tense, impactful opening that sets up an unnerving, edgy tone for the rest of the book.

Twenty years later and Suzanne is now an adult. She’s changed her name to Georgia, lives alone in Brighton and works as a courtroom artist, using her skills to help condemn those who are guilty. She understands true evil because she’s seen it. Her vivid, larger than life artwork has made Georgia a rising star in her field but she’s still haunted by the past, keeping the few people in her life at arm’s length. When she’s drawn back into the trial that defined her career, a tragic case of family betrayal she could identify with, Georgia starts to wonder if she helped to convict the right person. Did her pursuit of justice in the wake of her own heart-breaking past cloud her vision?

With her work suffering and her career at risk, Georgia travels to Gloucestershire to draw the man hailed a hero in the original case. He could truly be the hero everyone thinks he is, or he could be the villain they all overlooked. The small town he lives in has plenty of secrets to hide, with a trail of suspicious deaths and disappearances hinting at a series of crimes going back years. Georgia is determined to get to the truth, even if it means dredging the past into the open and confronting her own culpability.

This is the first crime thriller from Helm (the pseudonym for author and journalist Kate Harrison, who’s better known for her contemporary romantic comedy novels, as well as her diet and recipe non-fiction) and it’s a fascinating story that explores the many facets of innocence and guilt. It takes us into Georgia’s fragile mind as she witnesses guilty people going free and innocent people paying for other people’s crimes. She’s an innocent victim too and yet she still feels responsible for events that were beyond her control as a child.

Georgia spends much of her time travelling between coastal Brighton and the rural Forest of Dean, providing a nice contrast of settings that reflects her mental state; the seaside feels liberating and cathartic, but the rural village atmosphere is claustrophobic and full of threats. Also adding an unusual element to the story is a medical diagnosis that Georgia receives midway through the book, leaving her future uncertain. It gives the novel a level of complexity that differentiates it from typical run-of-the-mill thrillers. You care for this character, even if she does have a tendency to wallow in her own misery.

The Secrets You Hide has plenty of psychological thrills but it’s definitely a slow burner of a story. After that brilliantly unsettling opening, the first half of the book moves slowly, with a few obvious lulls in tension. Yet what the story lacks in pace, it makes up for in genuine emotion and some clever plot twists that force you to see characters in an entirely different way. Combine that with dysfunctional families and some courtroom drama and the result is a real page-turner that gets deeper and darker the further into the mystery you delve. I’m already looking forward to Helm’s next thriller.