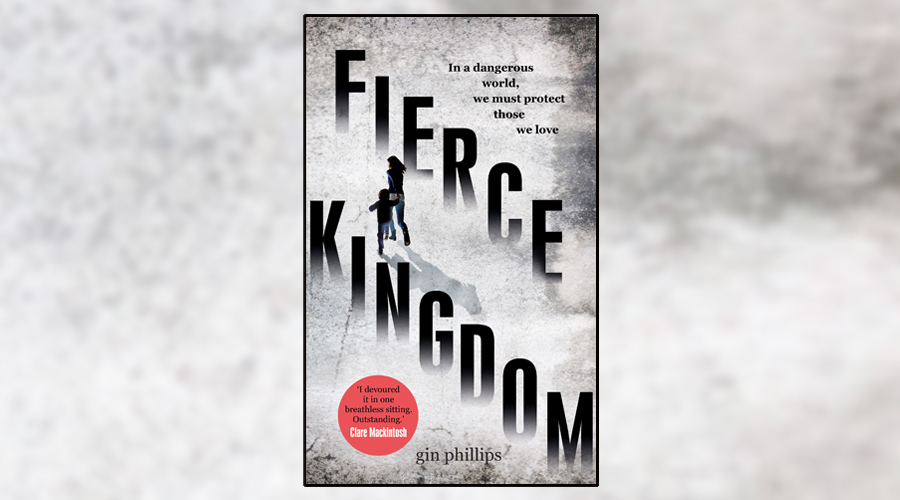 Joan is in the zoo with her four year old son, Lincoln. They lose track of time, as Lincoln is busy playing with his superhero toys in his favourite spot – the Dinosaur Discovery Pit, when Joan hears loud gunshots. As Joan tries to inch towards the exit, she notices dead bodies lying in a pool of blood and a boy armed with a gun. Over the next three hours Joan desperately tries to protect herself and her restless preschooler and navigate her way out of this horrifying ordeal.

In this age of mass shooting and lonewolf terrorism, Joan’s reality is the stuff mothers’ nightmares are made of. Phillips has depicted this all too plausible situation with heart-thumping suspense and unsparing insight. The urgent prose plunges readers straight into the heart of the action as Joan frantically maneuvers from one hiding place to another, all the while placating her increasingly agitated and hungry son.

What is exceptional about Fierce Kingdom is how it manages to walk the tightrope between being a high stakes heart-thumping thriller and a poignant meditation on the intrinsic bond between a mother and her child. The looming danger has kicked in her fight and flight instincts and she is forced to make some tough decisions to ensure Lincoln’s safety.

Like in Room, in this story the mother is in a difficult situation but is forced to indulge her child to present some semblance of normality. Joan’s inner monologue accounts for the bulk of the narration as she looks back on her memories with Lincoln when he was younger and how much he still depends on her.

“He does not quite know that he is a being apart from her. Not yet. For now, her arm is as accessible as his arm – her limbs are equally his limbs. They are interchangeable.”

Eventually Joan runs into two other women who are hiding out and their dynamics are extremely interesting and layered. They are all strangers to each other so while the ‘every man to himself’ notion holds true, Phillips notes how our humaneness and empathy comes into play in situations like these. The prose is tense and evocative yet subtle which is no mean feat as the premise could have easily regressed into melodrama. Fierce Kingdom is an original white-knuckle thriller as well as a hard hitting read about motherhood and our shared humanity.

Fierce Kingdom was published by Doubleday on 15 June 2017