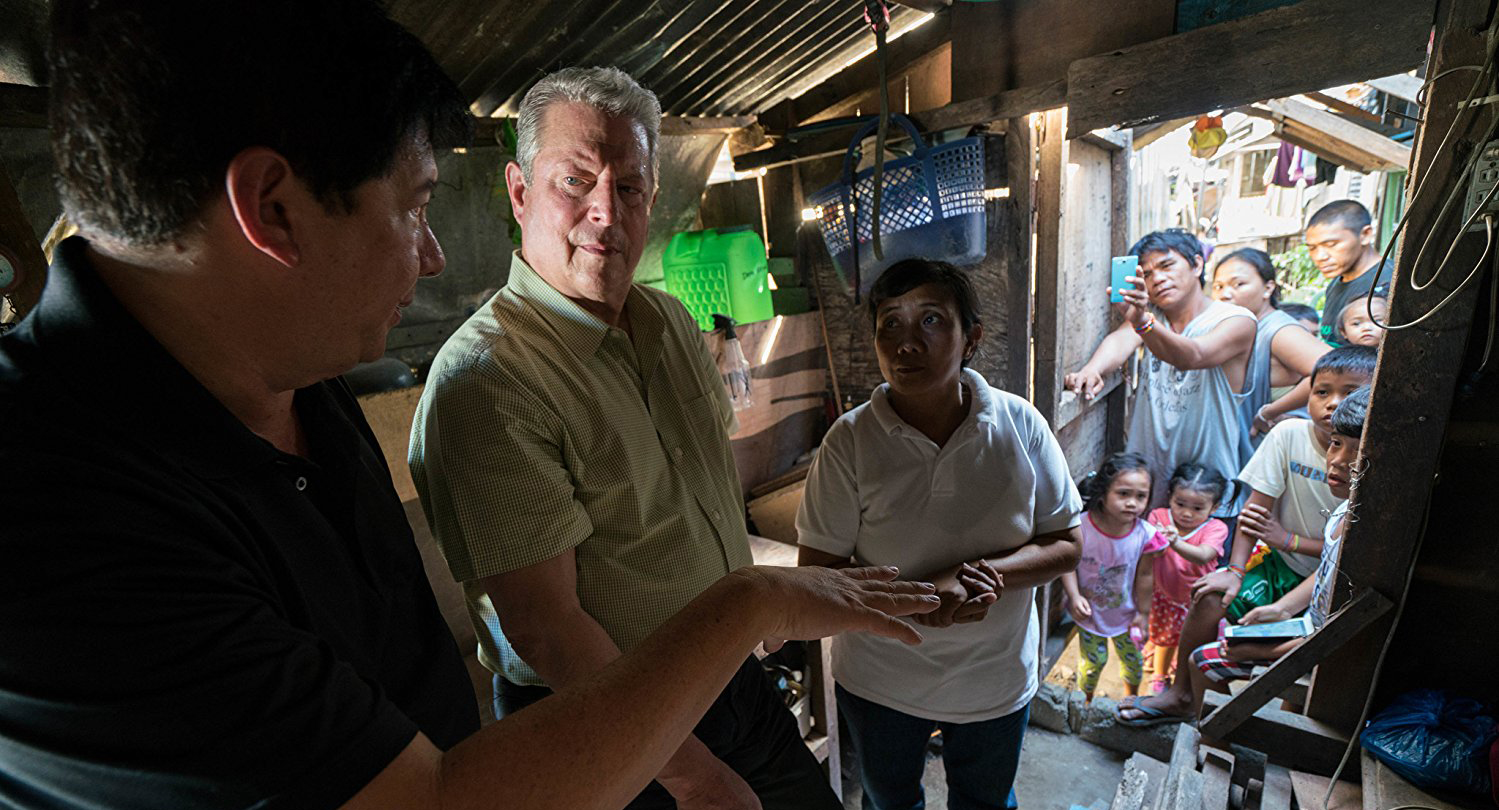 Last year, Leonardo DiCaprio explored the world in Before the Flood. Directed by Fisher Stevens, DiCaprio’s documentary explored the consequence of our industrial age. Al Gore’s An Inconvenient Truth was clearly the model he intended to imitate, albeit with up-to-date facts and a Hollywood A-list star fronting the film. Before the Flood was eventually released free of charge on the National Geographic website. It had been ten years since An Inconvenient Truth and, one year later, Al Gore has released An Inconvenient Sequel: Truth to Power, the official follow-up to his ground-breaking Oscar-winning documentary.

What boils beneath the surface of An Inconvenient Sequel is the election, and presidency, of Donald J Trump. We know that, in June 2017, Trump took America out of the Paris Climate Agreement. Despite the relentless efforts and accomplishment of over 190 political parties from across the world, to collectively agree to work together for the greater good, Trump nixed the entire operation and removed the US from this landmark achievement. Like Greg Barker’s The Final Year (A White House documentary behind the scenes of Barack Obama’s last year in office), it is clear that no one anticipated Trump’s win, and the structure of An Inconvenient Sequel is built around the countdown clock of the Paris talks in 2015. Our knowledge of Trump’s decision, regarding climate change, is a key, shocking twist that this documentary barely mentions until the final few minutes. Rather than ignore this tragic truth, it would have been a bold move to begin the film with Trump pulling out, and then build the film around the urgency of our actions as a collective force.

Al Gore, in An Inconvenient Truth, presented a slide show with current events sewn together to tell this worldwide tale of global warming and its consequence. An Inconvenient Sequel does include segments of his slide show, but it reveals more detail behind that first presentation. For example, Gore had a desire to launch a satellite that would circle around the world and photograph it in real time; a callback to the opening shot of Earth used in the 2006 film. President Bush stalled this entire plan and we see how Gore was never complacent in his need for this satellite to take off. As time ceaselessly moves on, Gore updates and presents his show in India, Silicon Valley, Miami and elsewhere, every time proving that in many cases the situation has only got worse. Many American cities are already battling with the consequence of climate change and (as mentioned in Before the Flood) islands are already planning to resettle elsewhere as the rising tides will inevitably submerge the land. 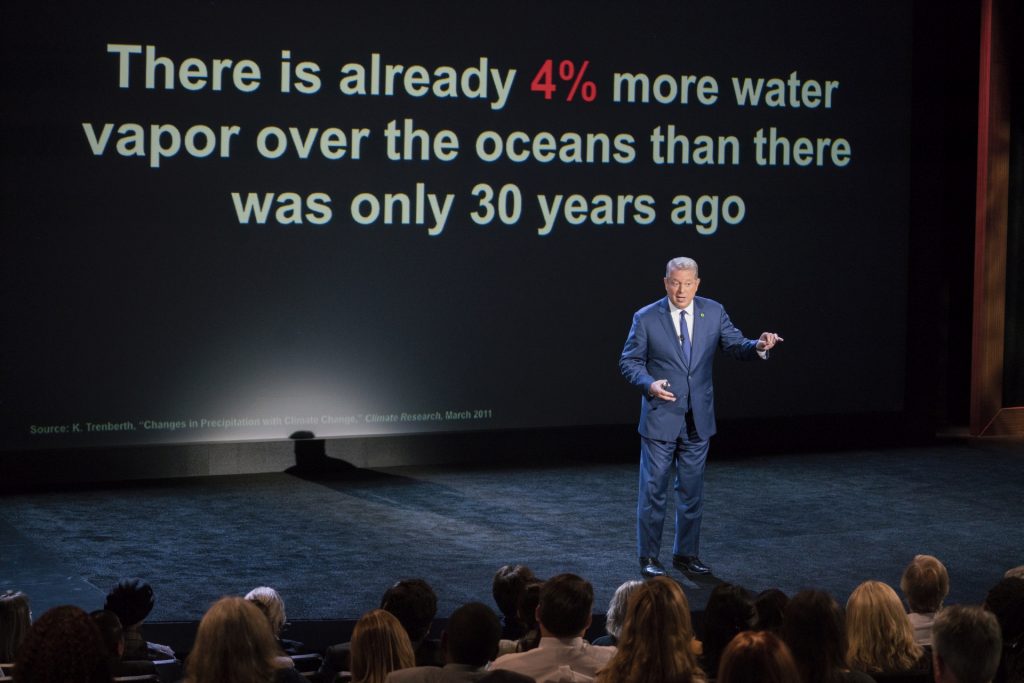 Politics about walls and Brexit are all void when factoring in the storms and floods that spill over from city to town, time and time again. Mother Nature does not hold an opinion on Britain’s sovereignty or America’s lack of jobs across the rust belt. There is no mercy when the force of hurricane gale winds decimates a village in an impoverished area of Thailand or India. When the disaster hits cities, it has the potential to kill millions and we will be left to answer the questions regarding our inaction.

Al Gore, on the other hand, has clearly handed his life over to the cause. There is something magnificent about how his job requires truly building bridges between countries. Too often, working with other countries for the greater good is ignored for isolationism and a pride in an elitist history. An Inconvenient Sequel: Truth to Power does engage and inform us and there are harsh consequences if we ignore the many signs that warn us of the dark future ahead. An Inconvenient Sequel has information we have heard before too but, as the rise of hard-right politics dominates our news agenda, it is important to remind ourselves of the urgency of this ticking time bomb. The world is changing whether we like it or not and An Inconvenient Sequel asks us to step up and demand unity among our leaders.

An Inconvenient Sequel is out on Digital and DVD now.