Spotlight on Patch and the Giant

After a rather explosive opening, the return of SHIELD becomes a little bit lacklustre, the majority of the episode doing more to set the stage for things to come.

Ghost Rider is introduced to the show in the first scene, setting him up as a terrible demon that punishes the wicked. Gabriel Luna is effective enough as Ghost Rider, being quite creepy in the character’s human form, but it’s kept vague at this stage as to how much Ghost Rider controls Robbie’s actions; seemingly it’s only when he transforms and if so, Robbie is still quite a terrifying individual on his own.

Daisy’s storyline this season feels a bit ill defined so far. Her Quake persona is apparently a terrorist, but the show is attempting to portray her as a vigilante/freedom fighter type. This week she just completely stops her mission to take down rich people to figure out what is going on with Ghost Rider, essentially acting just as she did when she was a part of SHIELD. It’s hard to see what the overall goal is with this story right now with the season opener not giving many hints.

Daisy’s storyline does provide the coolest scene of the episode though, as she goes head-to-head with Ghost Rider. Whilst the fight is quite short it does a good job of displaying both Ghost Rider and Quake’s powers – Rider’s fire sword is particularly cool. The CGI throughout the episode is effectively done, a real step up from seasons past, with Ghost Rider’s skull looking much better than I expected. 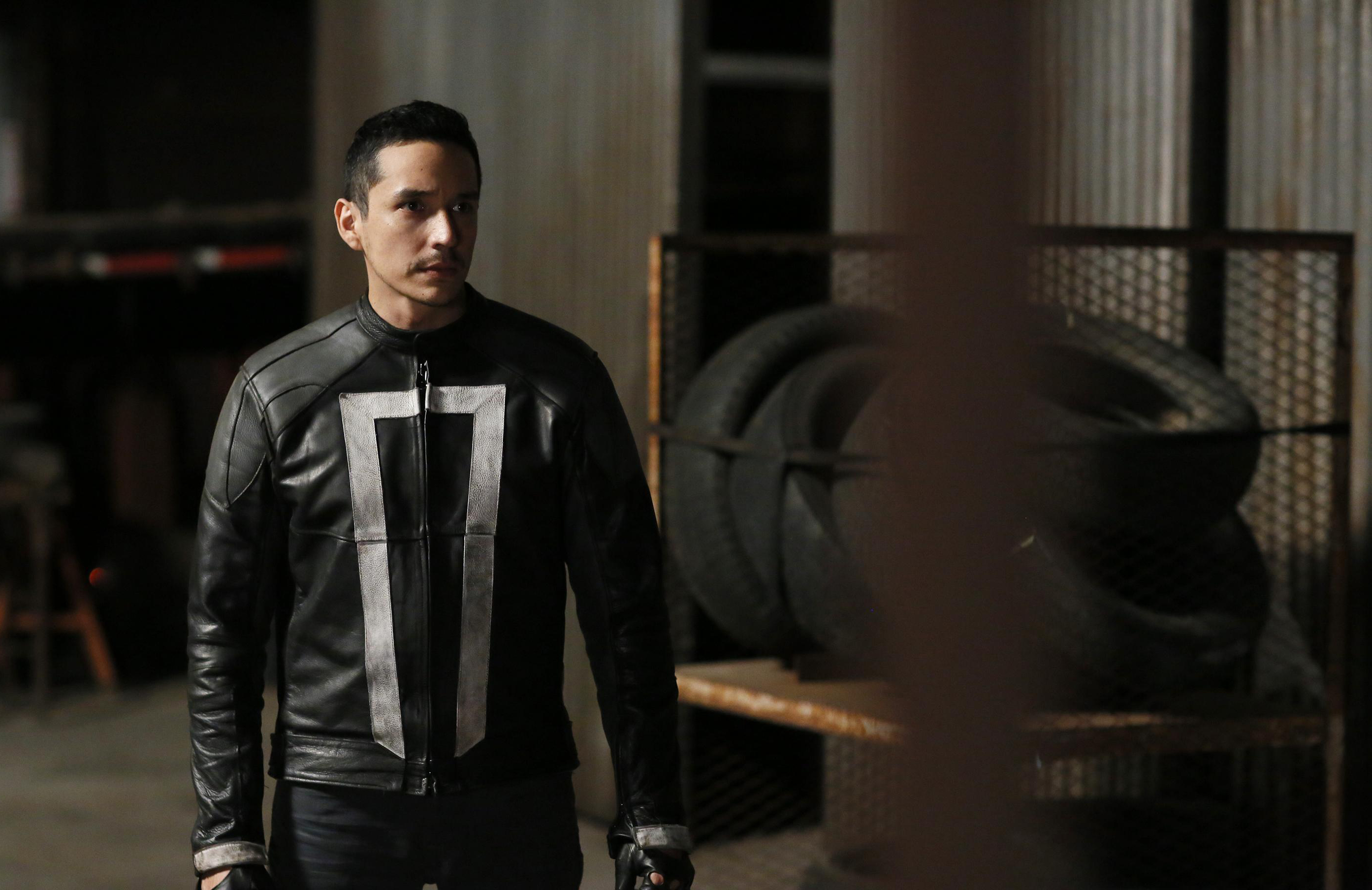 Coulson has been taken off the mission to find Daisy, either due to incompetence or because the Director thinks he doesn’t want Daisy brought in, but is still attempting to track her on his own. The new Director of SHIELD isn’t shown, with him only being called by his title in hushed tones. It’s quickly established that the new Director is a paranoid individual, with Simmons one of the few to gain his trust, gaining her a new role as his direct line to the science division. He has separated much of the cast into different divisions in a clear attempt to keep them apart, in addition to introducing a new overcomplicated colour coded security system. I’m calling it now that the new Director ends up being a bad guy, perhaps even the Red Skull back from the dead (OK maybe that’s a push but I’d still put money on him being evil).

Fitz’s story has some potential, featuring him working on robots in secret with Doctor Radcliffe in an attempt to protect his friends in the future. So far the idea behind the robots seem to be more of the robot shield variety than a standard Life Model Decoy (used in the comics by Nick Fury, often to explain how he escaped death), but it could lead to an interesting storyline. The theme of protection is heavily hit on in this episode; Simmons is acting as liaison to the Director in an attempt to protect the team, Coulson wants to find Daisy first to save her from a kill order. However, all these attempts at protection are sure to blow up in the team’s face, as things often do for them. It will be interesting to see how spectacularly the robotic experiment fails.

The main story is actually lost amongst the smaller details. Ghost Rider is searching for a mysterious box and the SHIELD agents end up on its trail as well. However, so much time is spent establishing Ghost Rider and the new SHIELD hierarchy that this storyline almost feels like an afterthought. What we’re left with doesn’t make a lot of sense; seemingly some sort of spirit is turning people into killers. The end of the episode reveals that May has become affective, so clearly this storyline is left open. Perhaps next week’s episode will provide a bit of an explanation for what was inside the box.

Overall this is a bit of a slow season opener but it does a fairly effective job of setting up the season to come. It will be interesting to see where the show takes things in the year to come but it would have been nice to get a little more meat from the start. 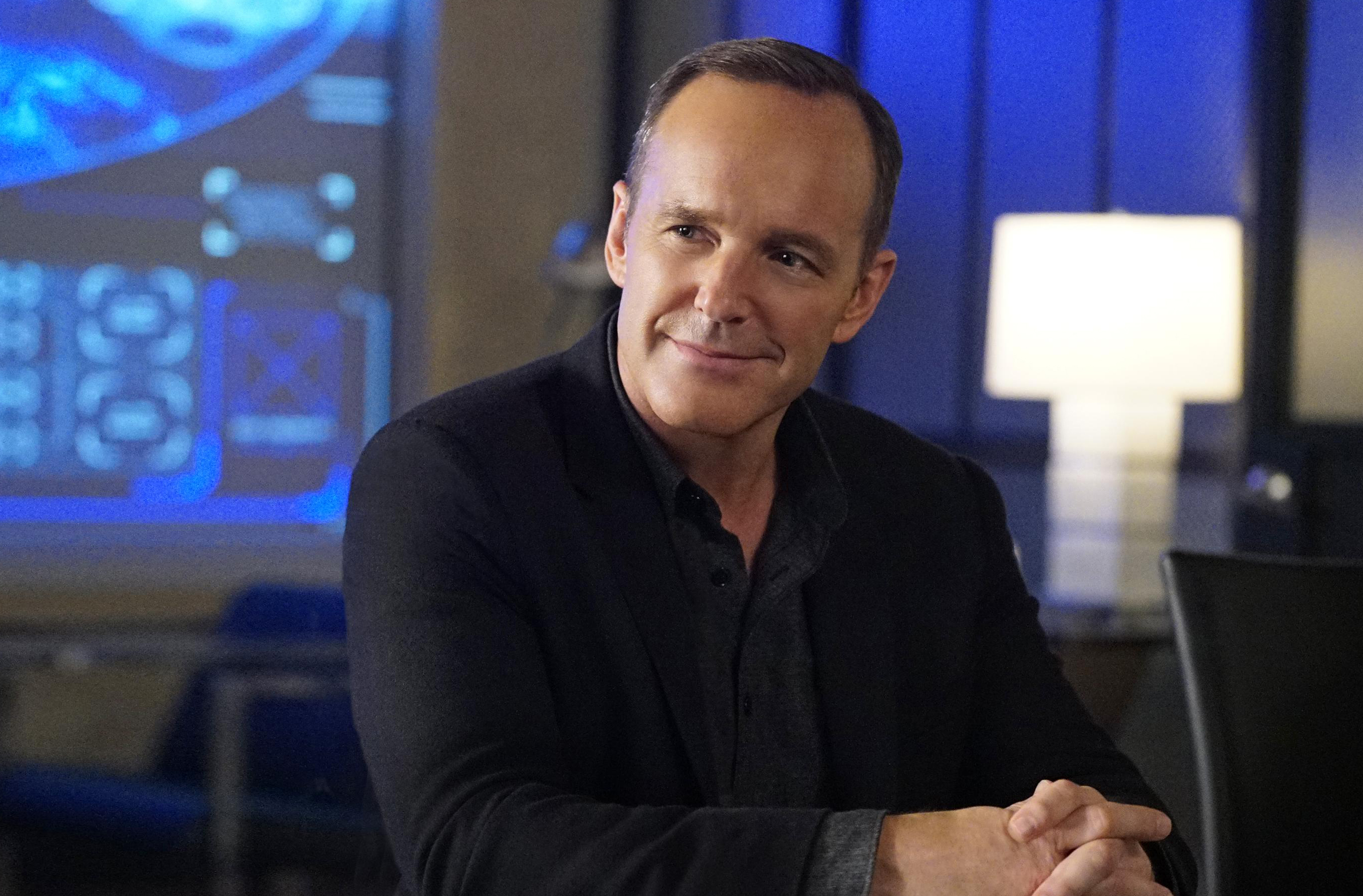 As the title suggests, this week’s episode reveals the mysterious new Director of SHIELD, and he’s a bit of an arsehole. The team continues to investigate the ‘ghosts’ from last week as they affect more people and May slowly begins to lose control. Meanwhile, Daisy attempts to gain help from Ghost Rider.

Jeffery Mace is introduced as the new Director and right off the bat is unlikeable, keeping Coulson and May waiting for over two hours, before forcing Coulson into giving a tour to government officials. It was clear last week that the Director distrusted Coulson and his old team but this is further cemented this week as he attempts to further shut Coulson out of his plans. Jason O’Mara brings an air of mysteriousness to Mace, a character who on the outside seems so calm and controlled. Of course the big reveal of the episode is that Mace is an Inhuman, with super-strength and invulnerability it appears, something that I’m glad the show didn’t drag out. Apparently it was Coulson’s suggestion that the new Director has powers but this feels like a decision he may regret.

Daisy’s story this week sees her tracking Reyes down, essentially trying to bring him to her side by threatening his brother which – predictably – just pisses him off. As was established last week, Daisy’s powers are causing her pain, prolonged use having fractured her arm. This week it is implied she continues to use them as a way of harming herself intentionally, as penance for what happened to Lincoln. Daisy seems on quite a self-destructive path and seeing it as a suicide attempt may be perhaps the best way to justify it. 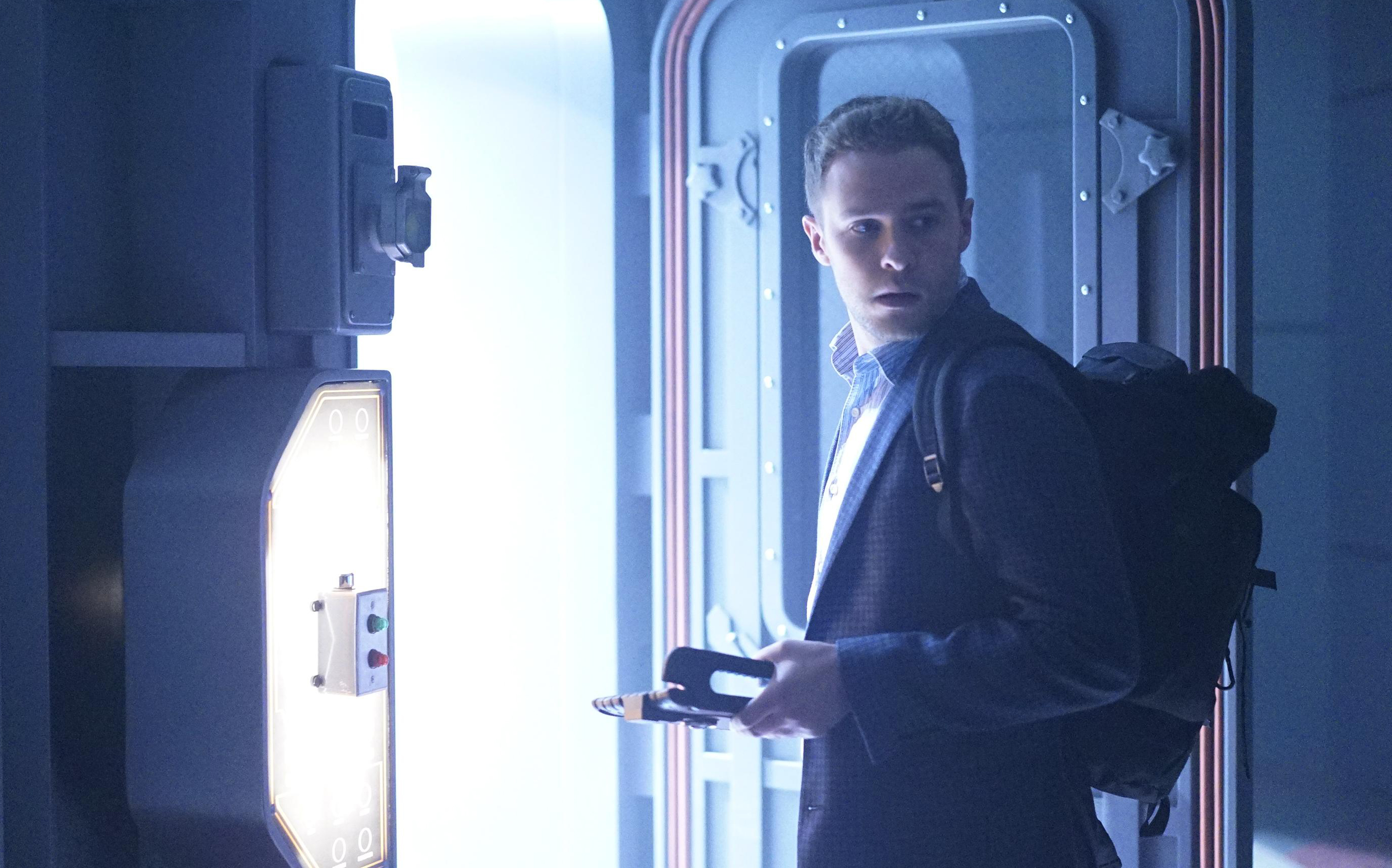 The ghosts storyline is already feeling a little dragged out at this point, with very little actually happening to progress it this week. Whilst it’s nice to see the show exploring more multiple-episode arcs over one-shot adventures, so far this story feels a bit too light. This week we learn that the ‘ghosts’ were created by something called the Darkhold as part of an experiment gone wrong. They want to find the doctor behind the experiment in an attempt to become human again.

Fitz and Mack investigate the facility where the ghosts were created, being trapped by a mad ghost who wants to destroy the facility. Ghost Rider arrives just in time, being able to touch and destroy the ghosts – suggesting a connection between the two. Daisy arrives and allows Reyes to escape, with Mack and Fitz figuring out that Daisy wants nothing to do with SHIELD.

May’s storyline is a bit random this week. The effects of the ghost’s control became far worse for her, as she begins to believe the entirety of SHIELD have become monsters. After taking down a room full of agents, May is stopped by Mace, before being shipped off somewhere. As with the rest of the ghost storyline this is a slow burner but it’s hard to see it going anywhere good for May.

The final scene sees Daisy and Ghost Rider officially team up to investigate the ghosts and I only hope that we will see some real progress with the storyline next week. As it stands ‘Meet The New Boss’ feels a bit uneventful and honestly like a stalling episode. It’s far too early in the season to be stalling already.

Book Review: The One by John Marrs

Spotlight on Patch and the Giant